The leading social network in the world has unveiled yesterday Facebook for Every Phone, a mobile app designed to offer easy access to Facebook users in every corner of the globe and 2500 different handheld devices. This means moving Facebook to users in the developing world, as well, that do not have access to smartphones or computers. 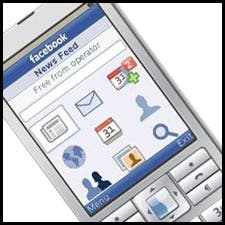 Part of their efforts, Facebook is teaming with 20 international carriers to offer free data access for up to 90 days, in a beneficial move to both parties. Currently, Facebook has only 1.89 million daily active users (DAU) accessing from non-smartphones – a tiny amount when compared with the staggering 750 million daily active users it gets in total.

Facebook was working with Israeli feature phone application maker Snaptu for its feature phone efforts before acquiring the company for a reported $70 million in March.

In a important market capitalization move, Facebook is apparently going where ever the people are. By the end of this year, it’s said that over 6 billion cellular connections will be numbered in the world, an a significant proportion of these will be featured phones.

The app will be available through m.facebook.com or by going to d.facebook.com/install directly from a feature phone mobile browser. It will also be available in app stores including Getjar, Appia and Mobile Weaver.