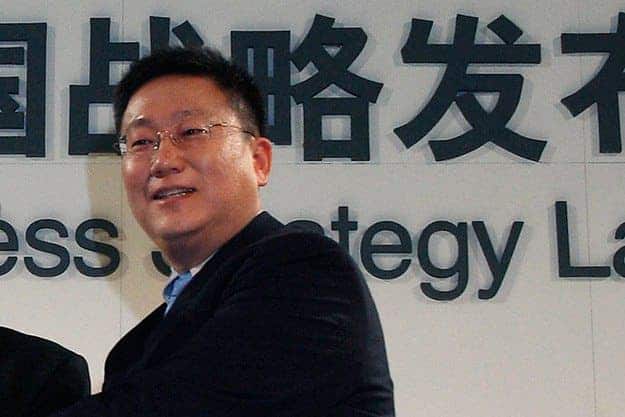 Freeman Shen, a former Volvo China CEO and top executive in the auto business for the past two decades, just announced his new EV startup has been granted $1 billion in funding. The company called WM Motor wants to sell its first car in 2018 and make as many as 100,000 units/year by 2021.

“We will target the mass market”, WM Motor

It’s been a super hot year for the electric vehicle market as Tesla Motors unveiled its first production car priced below $35,000, but also new companies backed by a lot of Chinese cash have joined the picture. There’s Faraday Future, which is backed by Chinese billionaire Jia Yueting and is building a $1bn. factory in Nevada; Karma Automative, formerly known as Fisker Automotive and now poised to sell new cars starting next year thanks to a revamp by Chinese company called Wanxiang Group; and now WM, which is short for weltmeister, meaning “world champion” in German.

“We have profound experience in the industry, which distinguishes us from other startup companies, even Tesla,” Shen said in an interview for Bloomber. “We don’t want to make toy-like luxury cars for the minority. We will target the mass market.”

Details on WM are scarce, which is dubious considering the $1 billion valuation. We also don’t know who the investors are, as Shen as declined to disclaim them. We only know they’re Chinese and that they’re not involved in tech, unlike other Chinese EV start-ups including LeSee, NextEV, Future Mobility and Qiantu Motor, which are mostly backed by big internet groups such as Alibaba and Tencent.

The Chinese government might have a hand in all of this, though, seeing how the nation wants to drastically reduce its reliance on import fossil fuels and cut back on greenhouse emissions. Specifically, China wants to add three million new EVs each year by 2025, or a ten-fold increase from only 300,000 in 2015. China is already the biggest EV market in the world, having surpassed the United States last year.

“Building a fancy car to impress people is actually fairly easy as long as you’re willing to spend the money,” Shen says. “The most challenging part is mass production – coming up with a car everybody can buy, with high quality but at a significantly lower cost.”

Other than that, all we know so far is that WM will be building cars using two platforms and is already conducting road tests. A factory is planned for eastern China. That’s about it.

With WM, and the other two dozen Chinese EV startups opening this year, the market is now rich with over 200 EV companies. Which will last five years from now? How will the EV landscape look like in 2025? Very interesting times ahead. Stay tuned.