A team from the City College of New York have developed a method to store data in diamonds by using microscopic defects in their crystal lattice. 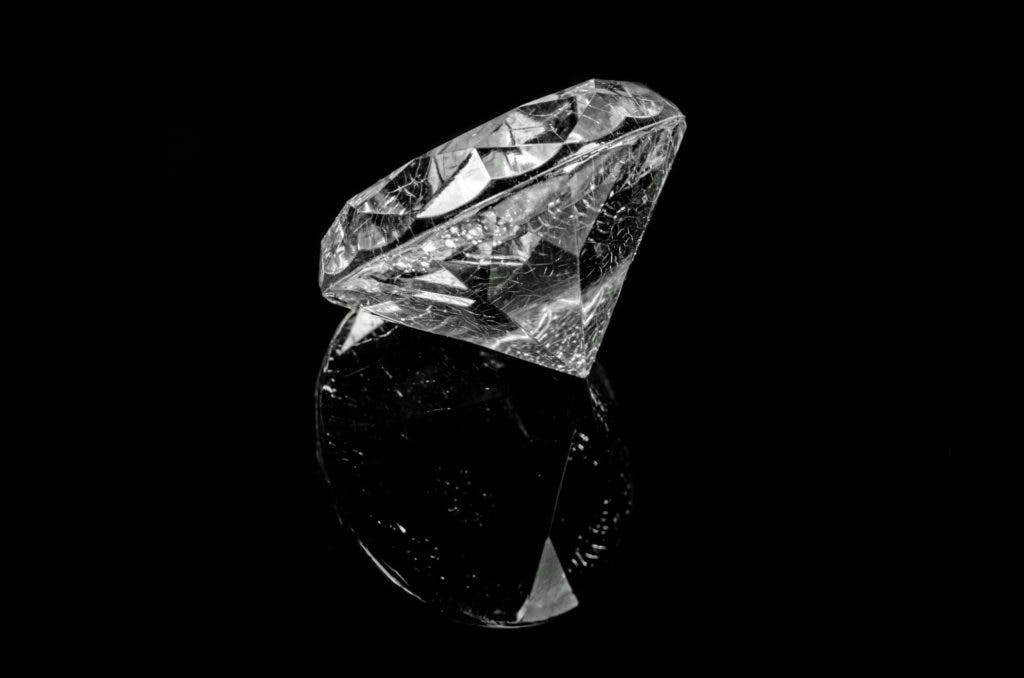 I’ve grown up on sci-fi where advanced civilizations stored immense amounts of data in crystals (like Stargate SG-1. You’re welcome). Now a U.S. team could bring the technology to reality, as they report exploiting structural defects in diamonds to store information.

“We are the first group to demonstrate the possibility of using diamond as a platform for the superdense memory storage,” said study lead author Siddharth Dhomkar.

It works similarly to how CDs or DVDs encode data. Diamonds are made up of a cubic lattice of carbon atoms, but sometimes an atom just isn’t there. So the structure is left with a hole — a structural defect. They’re also referred to as nitrogen vacancy centers as nitrogen atoms align themselves to the defects.

These vacancies are negatively charged (as there are no protons to offset the electrons’ charge from neighboring atoms). But, the team found that by shining a laser on the defects — in essence neutralizing their electrical charge — they could alter how each vacancy behaved. Vacancies with a negative charge fluoresced brightly, while those with neutral charges stayed dark. The change is reversible, long-lasting, and stable under weak and medium levels of illumination, the team said.

So just as a laser can be used to encode data on a CD’s medium, it can be turned to storing data by changing these defects’ charges. In theory, this method could allow scientists to write, read, erase, and re-write the diamonds, the team added.

Dhomkar said that in principle, each bit of data can be encoded in a spot a few nanometers — a few billionths of a meter — wide. This is a much denser information packing than in any similar data storing device. So we could use diamonds to build the superdense computer memories of the future. But, we currently have no way to read or write on such a small scale so currently “the smallest bit size that we have achieved is comparable to a state-of-the-art DVD,” Dhomkar told Live Science.

Here “but nr.2” comes into the picture. We can’t yet fully use the diamonds’ capacity, but the team has shown they can encode data in 3D by stacking layers of 2D data stores.

“One can enhance storage capacity dramatically by utilizing the third dimension,” Dhomkar said.

By using this 3D approach, the technique could be used to store up to 100 times more data than a typical DVD. Dhomkar and his team are now looking into developing ways to read and write the diamond stores with greater density.

“The storage density of such an optimized diamond chip would then be far greater than a conventional hard disk drive,” he said.

The full paper “Long-term data storage in diamond” has been published in the journal Science Advances.