Not only can bees count — but they can do so using laughably few brain cells. 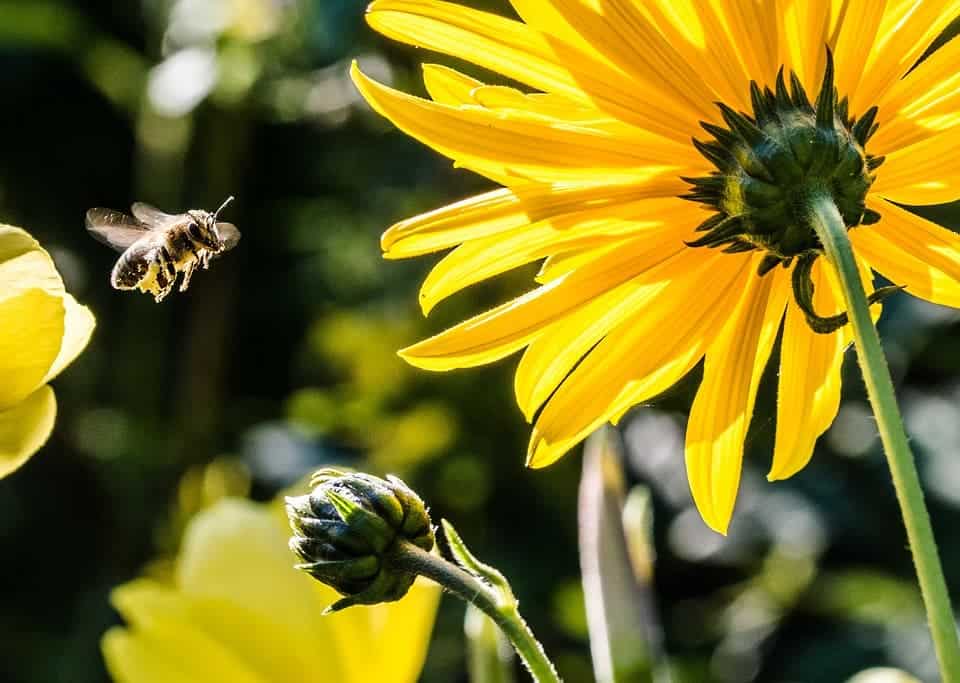 One team of researchers from the Queen Mary University of London looked into how bees count. The insects, they report, draw on a brain-wiring trick to allow them this skill using very small numbers of neurons. In order to understand how bee brains handle numbers, the team simulated an extremely simple brain network on a computer.

Despite containing just four neurons (far fewer than a real bee can boast), this artificial brain could still handle the task. Lab results showed that it could easily count small quantities of items when inspecting one item closely and then inspecting the next item closely and so on, which is the same way bees count. This differs from humans who glance at all the items and count them together.

Previous research has shown that bees can count — usually up to four or five items. Interestingly enough (and perhaps, uniquely among non-humans), they can also grasp the concept of zero when trained to choose ‘less’.

However, new research reveals something really surprising: it’s possible that bees have no clue what numbers (or other numerical concepts) are. By using specific flight movements to closely inspect items, the bees draw on their visual input to simplify the task of counting so much, it requires minimal brainpower. This shows that the intelligence of bees (potentially other animals’ as well) can be based on a very small number of nerve cells, as long as these are wired together in the right way.

“Careful examination of the actual inspection strategies used by animals might reveal that they often employ active scanning behaviours as shortcuts to simplify complex visual pattern discrimination tasks,” says lead author Dr Vera Vasas, from Queen Mary University of London. “Hopefully, our work will inspire others to look more closely not just at what cognitive tasks animals can solve, but also at how they are solving them.”

She goes on to explain that although counting is generally considered to “require high intelligence and large brains,” the findings show it can be done with a small — but properly-structured — network.

“We suggest that using specific flight movements to scan targets, rather than numerical concepts, explains the bees’ ability to count. This scanning streamlines the visual input and means a task like counting requires little brainpower.

Bees only have about one million nerve cells overall, meaning they have really, really low brainpower (no offense, bees). Your average human, for example, boasts upward of 86 billion nerve cells.

Still, this limitation forced evolution to get creative, and it did. The bees overcome their relative lackluster hardware with fancy computational algorithms, the team reports. To model how these tiny insect brains receive information, the team analyzed the point of view of a bee as it flies close to the countable objects and inspects them one-by-one. 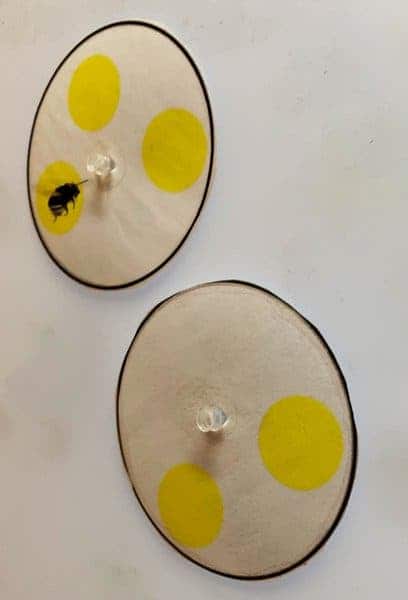 This data was later fed to the simulated brain. It made reliable estimates of the number of items on display based on this video feed, the team reports — in essence, it could count. As such, the findings could also have implications for artificial intelligence.

“These findings add to the growing body of work showing that seemingly intelligent behaviour does not require large brains, but can be underpinned with small neural circuits that can easily be accommodated into the microcomputer that is the insect brain,” says lead author Professor Lars Chittka, also from Queen Mary University of London.

The paper “Insect-inspired sequential inspection strategy enables an artificial network of four neurons to estimate numerosity” has been published in the journal iScience.

Carbon dating of an ancient Indian text might push the history of zero 500 years earlier than thought, a new paper reports. It might seem like nothing, but this humble number made modern mathematics possible.

Close-up image of one of the manuscript’s sheets. I’ve circled the dot, which stands as a placeholder zero, on the bottom line of the text.
This dot would later evolve into the fully-fledged number zero.
Image credits Bodleian Libraries / University of Oxford.

The number was found in an ancient Indian text known as the Bakhshali manuscript, a collection of 70 Sanskrit-covered birch bark leaves delving into the field of mathematics. The manuscript was first discovered by a local farmer near the village of Bakshali, present-day Pakistan, back in 1881, and has been housed at the University of Oxford’s Bodleian library since 1902.

Luckily for us, it seems that researchers can still teach this old work new tricks. A team lead by Marcus du Sautoy, a professor of mathematics at Oxford, carbon dated the text for the first time in history. Their findings show that we were far off the mark in estimating the text’s date of origin — hailing from somewhere between 224AD and 383AD instead of the commonly-assumed 9th century (801-900AD) — with deep implications for the history of mathematics.

Less is more and nothing is everything

This would make the Bakhshali manuscript the oldest known incidence of the number zero, preceding the current-oldest (an inscription on a temple wall in Gwalior, India, etched in the 9th century) by several centuries.

However, as is often the case, this early-version zero had some quite significant differences from the one we’re familiar with today. For starters, it wasn’t donut-shaped: there are hundreds of zeros throughout the Bakhshali manuscript, all of which are denoted using a simple dot. The shape would evolve over the following centuries. It also seems like dot-zero was yet to come into its full powers, and was originally used as a placeholder. It would be used to write more complex numbers but wasn’t a full-fledged number yet. In other words, it’s used as the “0” in 103 implies there are no tens but doesn’t hold any meaning by itself so it can’t be used to denote zero as in the value of nothing.

The birch bark leaves that make up the Bakhshali manuscript bound together to preserve them.
Image credits Bodleian Libraries / University of Oxford.

Translations of the text suggest it was a sort of training manual for monks or merchants traveling across the Silk Road, as it includes a lot of practical arithmetic exercises and an early version of algebra.

“It seems to be a training manual for Buddhist monks,” du Sautoy says about the manuscript. “There’s a lot of ‘If someone buys this and sells this how much have they got left?’”

Usage-wise, the Indian concept of zero has counterparts in other cultures, such as the ancient Mayans and Babylonians. But only this dot-zero would go on to become a number in its own right, first described by the Indian astronomer and mathematician Brahmagupta sometime in 628 AD.

The concept of “nothing” was revolutionary for numbers, and went on to change mathematics from the ground up. It underpinned the development of calculus, which is strongly entrenched across fields of science and the nightmares of burgeoning engineers everywhere, and made the digital revolution possible.

In many ways, the moment when “nothing” became a number was a turning point in science and technology, marking a transition from dealing in the palpable to dealing with abstract concepts. It’s likely that India’s cultural background in a sense allowed mathematicians there to think in such abstract terms, according to du Sautoy. For example, despite developing sophisticated maths and geometry, the ancient Greeks had no symbol for zero, showing that the concept of a “nothing” number is far from an obvious one.

“Some of these ideas that we take for granted had to be dreamt up. Numbers were there to count things, so if there is nothing there why would you need a number?” du Sautoy adds. “The whole of modern technology is built on the idea of something and nothing.”

“This [number] is coming out of a culture that is quite happy to conceive of the void, to conceive of the infinite. That is exciting to recognise, that culture is important in making big mathematical breakthroughs. The Europeans, even when it was introduced to them, were like ‘Why would we need a number for nothing?’”

However, the team notes that the manuscript is far from a homogenous body of work — which is why it took so long for scientists to accurately date it in the first place. The pages come from different dates, with up to 500 years’ difference between the oldest and youngest ones, they write. It’s still unknown how they got collected together, du Sautoy says, but hopefully, future research will provide answers.

The Science Museum of London will put the manuscript on display on October 4th as part of a larger exhibition, Illuminating India: 5000 Years of Science and Innovation.

A paper titled “Carbon dating reveals Bakhshali manuscript is centuries older than scholars believed and is formed of multiple leaves nearly 500 years different in age” describing the findings has been made available online by David Howell, Head of Heritage Science at the Bodleian Libraries.

Aside from looking just awesome, these tests should also give new insights on water in 0 gravity and furthermore, inspire the new generation of space explorers.