Among all the species with which we share the animal kingdom, pigs are the ones whose organs are best suited for transplant in human bodies — they are approximately the same size as our organs and have similar structures, making reconnecting blood vessels much easier. Pigs tend to have large litters and reproduce quickly, making them a very large, very accessible source of “spare parts.” 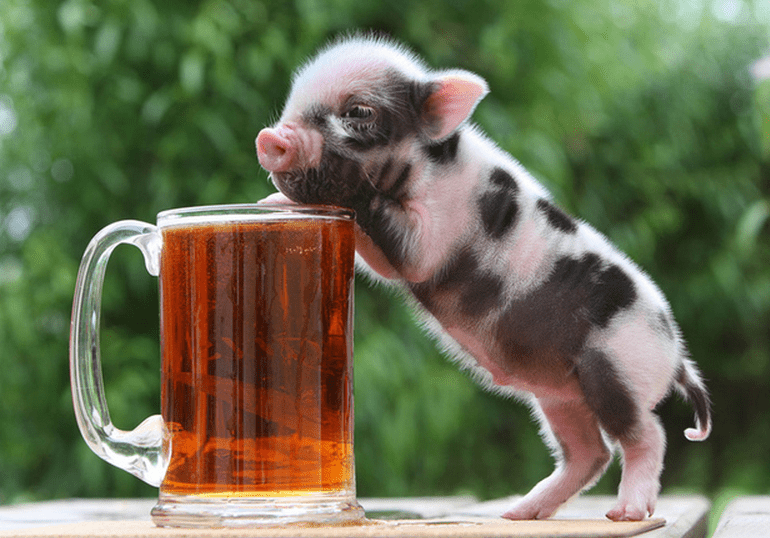 Never too early to start training that liver.
Image via imgur

So far so good, but why aren’t we all running around with an extra pig spleen or a couple of bonus pig kidneys cleaning our blood? Well, there is a itty bitty hurdle when using pig organs — our bodies freak out when we transplant them. Pig organs are coated with specific sugar molecules that trigger an acute rejection response in human bodies — our antibodies attach themselves to these sugar molecules and destroy the newly transplanted pig organ. Hoping to overcome this problem, researchers are working to create pigs that lack the gene that serves as a template for these sugars.

There are two research efforts being poured into this project currently — Randall Prather at the University of Missouri in Columbia created four cloned piglets from which one had one copy of the sugar-producing gene inactivated (each organisms has two copies of each gene, one from the maternal and one from the paternal side.) The piglets were born in September and October, and a description of Prather’s work was published in the journal Science. The other, a team working for PPL Therapeutics PLC of Scotland, the company that played a part in cloning Dolly the sheep, also announced the birth of a litter of five cloned piglets on December 25th, who’ve also had a copy of the gene inactivated.

The next step involves selectively breeding the pigs, to produce animals lacking both copies of the gene. Theoretically, the organs of these modified pigs could be transplanted into humans without the body rejecting the foreign tissue.

The new results are a significant advance over many other attempts at genetic modification in animals because in both of the studies, the scientists were able to modify—in this case, “knock out”—a gene at a specific location. Although genes from other organisms have been inserted into the genomes of sheep, cattle, and pigs, scientists have had little control over where on a chromosome the new gene is incorporated.

“This is the first time a specific genetic modification has been made in the pig,” said Prather.

Prather’s team, made up of fellows of the University of Missouri and colleagues at the Immerge BioTherapeutics Inc. in Charlestown, Massachusetts, worked directly on fetal pig cells, altering their genetic make-up. These cells were used to grow 3,000 embryo clones that were implanted into 28 surrogate sows, with only seven piglets born, three of which died later.

But it’s not all roses — one concern that has dampened the prospects of xenotransplantation is the possibility of spreading viruses from one species to another. Porcine endogenous retrovirus (PERV), for example, is part of a pig’s natural genetic makeup and does not cause any disease in the animal. There is no guarantee, however, that PERV would be harmless in humans.

Still, xenotransplantation might soon become a common practice, as there is an enormous demand for organ transplants that human donors alone will never be able to fill.