Or do we? Human sexuality is a complex thing, which both defines and is defined by each and every one of us. An integral part of the human experience, we all hope to one day dip our toe (and other parts) into it. Understanding sexuality therefore is both a scientific and a deeply personal topic. 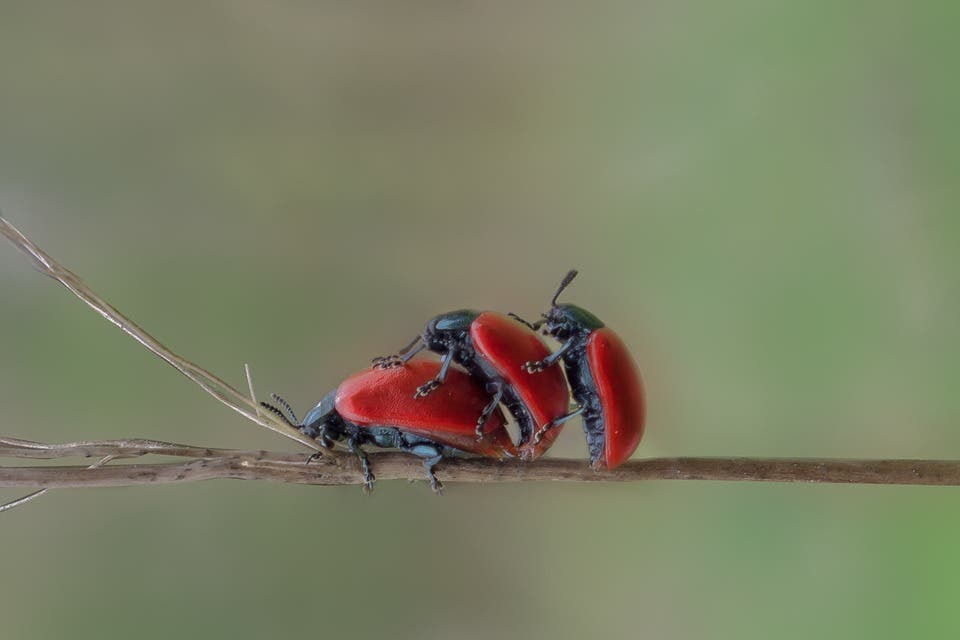 You reading this now is only possible due to one simple fact — half of your ancestors, without fail, have successfully had sex with the rest of your ancestors. Which, generally speaking, is why animals have sex.

But if they were witty, pretty, or lucky enough, some of them likely became acquainted with the genitals of other people too, without tying your bloodlines together. Which begs the question: why do people have sex?

I may be shooting for the Captain Obvious prize here, but sex feels good and is a key catalyst for baby-making. These two properties go hand in hand. Sex is necessary for the continuation of your genes and the human race — therefore, you’re rewarded for having sex (pleasure) so you’ll seek it out more.

Humans today have turned this biological incentive on its head. Thanks to a sleuth of traditional and recent birth control options, most of the sex that goes on right now isn’t about procreation. People start having sex long before they plan on having children and continue to do so long after they’ve had them. Long after they’ve had them. The chance of pregnancy, to a degree, limits the pleasure many people derive from their sex lives, or may even impair it altogether.

Eroticism, sexuality, and procreation have, to an extent, been decoupled in recent times — and while opinions may differ on this, procreation is no longer in the limelight. 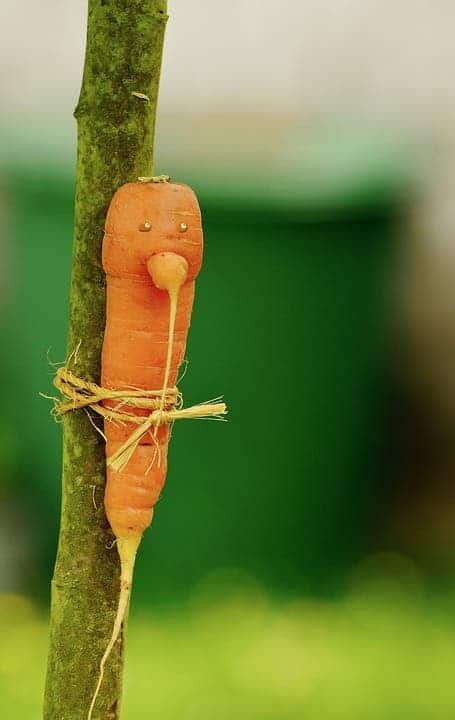 Some people just peel carrots. Others preffer to be tied and gagged when doing it.
Image credits congerdesign / Pixabay.

Most people who are or have been in a relationship can remember one time when they weren’t really feeling it, but did the deed anyway. Maybe you were tired or had to power through a headache but your significant other was all fired up so you took (gave?) one for the team.

We’ve also established that sex is fun. But there’s something that makes it different from other fun stuff, isn’t there? Drinking or playing video games is also fun, but we can do that with whomever, whenever, and no one will feel hurt. Hopefully.

So physical pleasure is not all that’s involved here. According to a study by Cindy Messon and David Buss published in 2007 in PubMed, it’s just one of at least 237 reasons why people initiate or consent to sex. The most and least usual, according to US college students, are the following:

1. I was attracted to the person.

3. I wanted to experience the physical pleasure.

4. I wanted to show my affection to the person.

5. I was sexually aroused and wanted the release.

233. I wanted to give someone else a sexually transmitted disease (seriously?).

234. The person offered to give me drugs for doing it.

236. I wanted to breakup my relationship.

237. It was an initiation rite to a club or organization.

You can see the full list of questions published by BusinessInsider here. 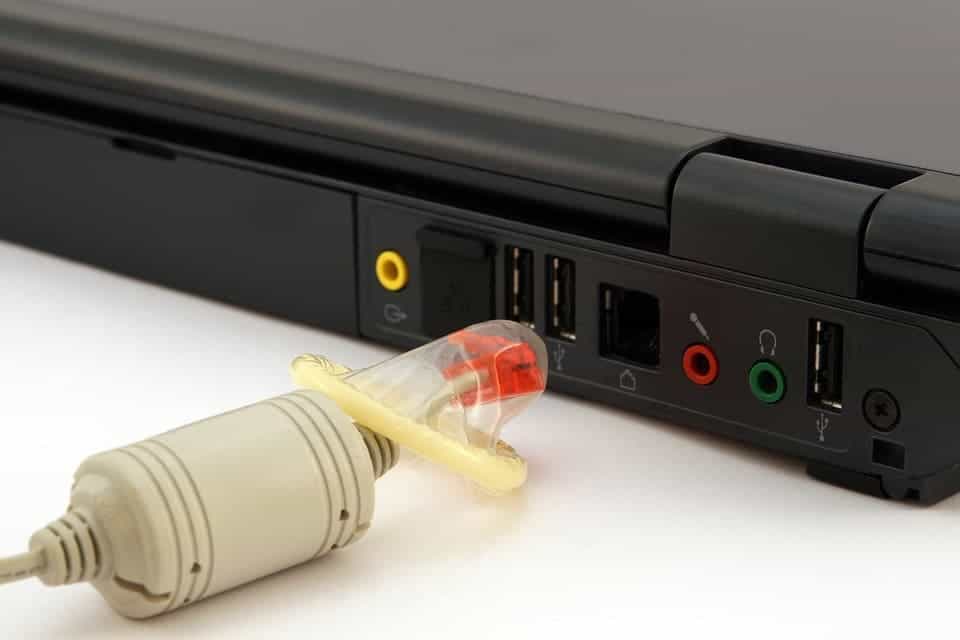 And just in case you missed the cue, now’s the time to remind you — keep the broadband well protected when connecting to the network. Especially if either is public.
Image via Meditations / Pixabay.

Keep in mind that the results were based on the responses of college students — so they’re likely biased towards short-term physical gain. “Attraction” is a foggy term to use, as it could be interpreted solely as physical attraction, emotional attraction, or a mix of both. Still, the emotional component strikes on both the high end (nr.4) and the low one (nr.236) of the list.

Sexual pleasure is also highly dependent on your emotional state and mood. A touch that would send a shiver down your spine with one partner can easily send chills if done clumsily — or if it’s not consensual. So it’s not all up to you. Getting quality sexy time requires a lot of external factors falling into place.

Which drives us to the last point.

Humans are, perhaps more so than any other animal, social beings. Our sexuality is closely intertwined with our social lives. By definition, you have to interact with another person to have sex. So by definition, sex has a social component — while still being deeply personal, as we’ve so far seen.

A quote you may recognize from House of Cards but was actually produced by Oscar Wilde says that ‘everything is about sex except sex — sex is about power’. It can be used as a show of dominance, as a display of power. Both sexes enjoy engaging in power plays, either traditionally or going against traditional sex roles.

Sex is also closely regulated by social forces. Sexual shaming, minority gender stigma, and felt stigma are all ways socially-accepted ideals are forced upon the individual. Deviation from what is considered normal at the time is also usually punished in society. Sometimes with a very heavy hand: For much of the US’ history, some people could not legally have sex or marry the people they were attracted to. Just imagine that — being told that your arousal is illegal. I can’t even begin to understand how that feels like. 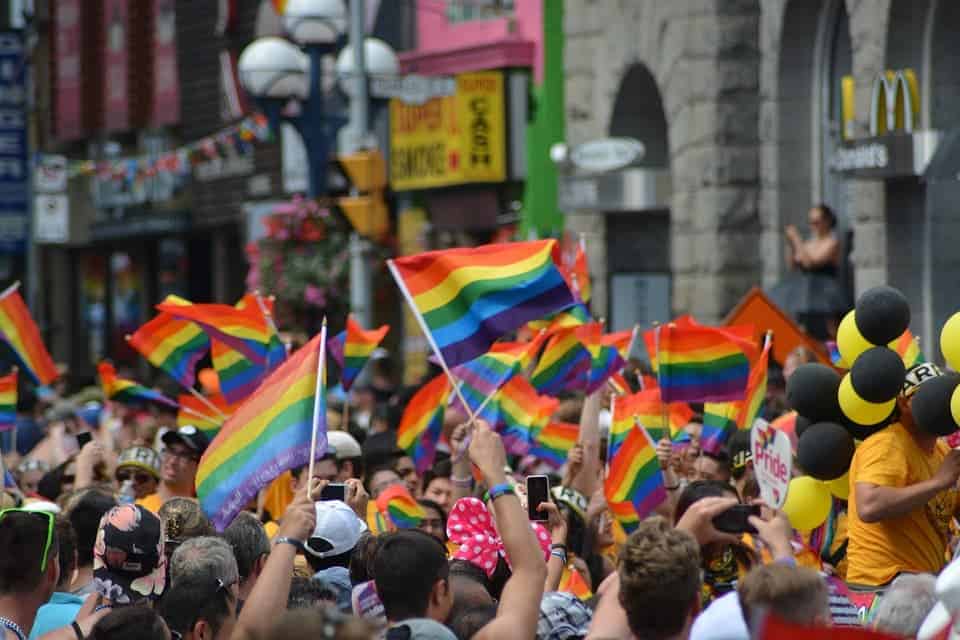 These guys and gals know, though.
Image credits naeimasgary / Pixabay.

American sociologist Randall Collins has long argued that sex is, you’ll never guess, a social construct. Just like many other “rituals“, it can only be understood from a social point of view. Water cooler conversations, Sunday’s church, or a date are all social rituals, he says. They’re different in purpose but follow the same social rules and are all based on the same psychological processes. Each one serves to gather people in a group aware of all its members who have a common point of interest and share an emotional connection.

He goes on to say that all interaction rituals have the same effects. Solidarity increases between the participants — ‘we’re one team’ for sports fans, ‘we’re faithful to each other’ in a couple. Mental energy builds up — ‘I am in love’. By repeating the ritual, a memory will come to symbolize the relationship to the partners — ‘that one romantic getaway in Hawaii’. An object will become ‘sacred’, such as a wedding ring for example. And certain gestures will come to belong to the group — ‘only we can do that with each other’. In the end, the ritual comes to clearly delineate the group, ‘us’, from the rest of humanity, ‘them’.

Why we have sex

We have sex because we want to move ahead in society. To become popular, to gain station, or the arm, ear (and other bits) of someone powerful. Sometimes we do it out in the open, and sometimes we have to hide in the shadows to be ourselves.

In the end, we have sex because we’re humans — and humans have sex.