Researchers have discovered that people of European and African descent have very different immune responses to infections. They believe these traits could be the result of modern humans breeding with Neanderthals after leaving Africa. 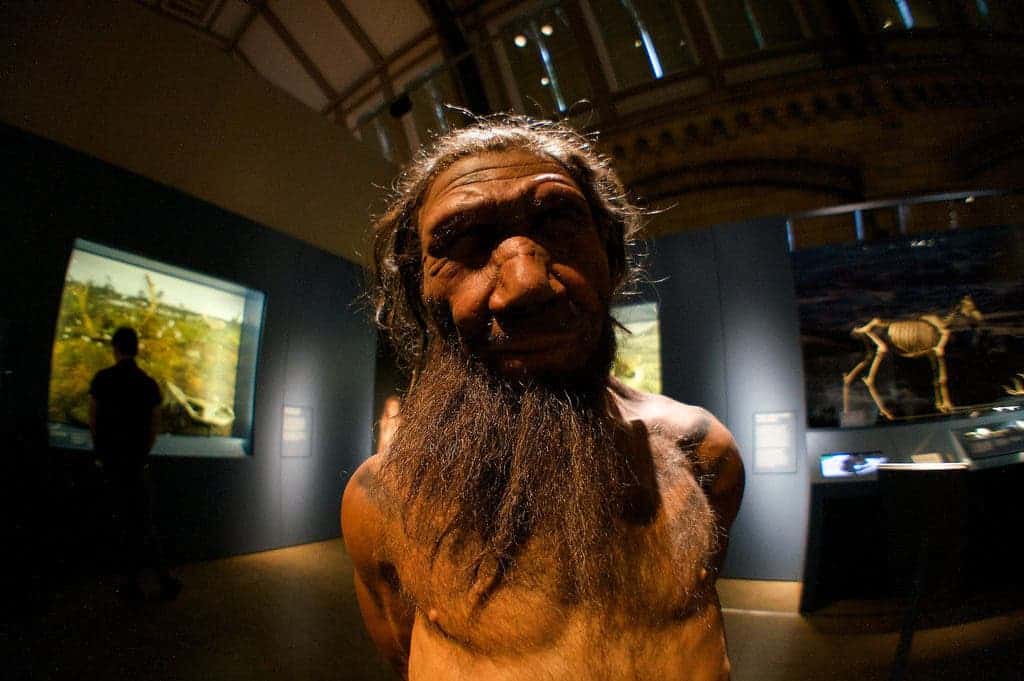 Sometime between one hundred to a few tens of thousands of years ago, as modern humans migrated out of Africa, they met strange peoples which weren’t completely like them, but not too different either — the Neanderthals. So, naturally, they had sex with them.

The genes we acquired in that exchange may be responsible for a whole range of diseases, but it’s possible they gave our ancestors the means to better adapt to their new environment. Scientists studying the immune system of humans today have found that people of European descent have significantly different immune responses from their African counterparts — a direct consequence of the exchange, they believe.

The finding could explain why Africans generally have more robust immune systems than Europeans, but also why they’re more predisposed to certain autoimmune conditions.

“I was expecting to see ancestry-associated differences in immune response but not such a clear trend towards an overall stronger response to infection among individuals of African descent,” says University of Montreal geneticist and paper co-author Luis Barreiro.

Barreiro’s team examined samples taken from 175 American patients, roughly half and half of African and European ancestry. They extracted macrophages from their blood — white cells that kill pathogens by “eating” them — and infected the cells with Listeria and Salmonella. They let them go about their business for 24 hours, then analyzed them.

The cells retrieved from the African group had reduced the bacterial growth three times faster than the European group thanks to a stronger inflammatory response. That’s a definite plus when combating infections, but the team points out it’s a double edged sword.

“The immune system of African Americans responds differently, but we cannot conclude that it is better,” Barreiro said, “since a stronger immune response also has negative effects, including greater susceptibility to autoimmune inflammatory diseases such as Crohn’s disease.”

The team also examined the genetic makeup of the cells’ active genes, and found a link between the European sample and Neanderthal DNA — but didn’t find any similar link in the African sample.

The team says that when early humans migrated into Europe around 100,000 years ago, they encountered a continent already colonized by the Neanderthal. Finding traces of their DNA in modern European subjects suggests that the two species actively bred with each other. It makes sense, too. The new genes would have offered our ancestors an evolutionary edge in Europe, where environmental conditions were very different from those in Africa. A lower inflammatory response would also make more sense in the colder climate compared to Africa’s sweltering heat, which promotes infections.

“Our results suggest that the immune systems of African- and European-descended individuals have evolved to better respond to the specific needs imposed by their specific environments,” Barreiro told Live Science.

“What is advantageous in one context is likely to be detrimental in another.”

Too much of a good thing

A separate study also found a lower inflammatory tendency in monocytes against bacterial and viral threats in people of European descent compared to those from Africa. The study included 200 participants from France. The team, led by Lluis Quintana-Murci from the Institut Pasteur, also tied the differences to Neanderthal-like genes in the European participants. In broad lines, the results are the same. The French team also suggests that a powerful inflammatory response could actually be dangerous in Europe, so this effect could have provided an inherent evolutionary benefit — weeding out the more inflammatory-prone genes over time.

“Finding that reduced immune responses has conferred an advantage highlights the tradeoff between recognising pathogens while avoiding exacerbated, aberrant reactions that can be also harmful for the host.”

Both studies say more work needs to be done before we understand where these differences stem from. But it could help us develop things like personalized treatments or medications tailored for certain ethnicities’ needs.

“There is still much to do,” says Barreiro. “[Genetics] explains only about 30 percent of the observed differences in immune responses. Our future studies should focus on other factors, emphasising the influence of the environment and our behaviour.”

Barreiro’s and Quintana-Murci’s studies are published in the journal Cell.

No matter how much some would like to avoid this prospect, death is inevitable for all living beings (or is it?). Yet, some people at least live longer than others. A great deal of attention has been drawn to longevity for obvious reasons, but any effort to prolong life needs to start with the very root of the problem – death. So, why do people die of old age? What are the underlying processes? Scientists in Netherlands found invaluable clues as to how our bodies steadily succumb to the inevitable, ultimate end after studying blood and tissue collected from who was once the world’s oldest woman.

There aren’t too many people today who can boast they lived in the IXXth century, but  Hendrikje van Andel-Schipper, born in 1890, was one of them. She was the world’s oldest woman, before she unfortunately passed away in 2005, but what’s truly remarkable isn’t the number of days and nights in her life, but how she lived these days – quality vs quantity. Until her very last days, the woman had a crystal clear cognition, according to her doctors and family, and lived a vigorous and independent life. At 115 year, this comes as an astonishing fact.

Sane as she was at her old age and aware of her privileged status, van Andel-Schipper chose to give her body to science, allowing for any necessary measures to study it that might help scientists understand how she reached her centenarian years. The findings suggest that our lives are limited by  the capacity for stem cells to keep replenishing tissues day in day out. As these stem cell exhaust their ability to replenish cells, we age and eventually die as this replenishing rate reaches its limit.

[RELATED] The secret to a long life: consciousness

For instance, Dutch researchers found after analyzing van Andel-Schipper’s blood that two-thirds of the white blood cells originated from just two stem cells. When a cell replicates, it has a pattern of mutation which also applies to white blood cells. The pattern was so similar in all cells that the researchers could conclude that they all came from one of two closely related “mother” stem cells.

“It’s estimated that we’re born with around 20,000 blood stem cells, and at any one time, around 1000 are simultaneously active to replenish blood,” says Henne Holstege of the VU University Medical Center in Amsterdam, the Netherlands, who headed the research team.

Considering all these white blood cells came from just two stem cells, it’s safe to assume that most of the stem cells she started out with in life faded away, withered and died. Also, besides stem cell count, telomere length is also of key importance.

Telomeres have been compared with the plastic tips on shoelaces, because they keep chromosome ends from fraying and sticking to each other, which would destroy or scramble an organism’s genetic information. Yet, each time a cell divides, the telomeres get shorter. When they get too short, the cell can no longer divide; it becomes inactive or “senescent” or it dies. This shortening process is associated with aging, cancer, and a higher risk of death. So telomeres also have been compared with a bomb fuse.

In Andel-Schipper’s case, her white blood cells had drastically worn out telomeres – 17 times shorter than those on brain cells, which hardly replicate at all throughout.

Other important insights came as researchers studied telomeres and stem cells. Invariably, the researchers had to look at cell mutations and this is the first time something like has been performed on a person this old. One reason she grew so old and healthy at the same time, the researchers found, was because of the absence of dangerous mutations. Apparently, van Andel-Schipper had a superior system for repairing or aborting cells with dangerous mutations, and this did wonders for her life.

So, what can we learn from all of this? Well, first of all the study’s results imply that it may be feasible to inject patients with stem cells collected earlier life, when these are in abundant supply. These stem cells would be substantially free of mutations and have full-length telomeres. “If I took a sample now and gave it back to myself when I’m older, I would have long telomeres again – although it might only be possible with blood, not other tissues,” she says.

In other words, you’d still look just as old, but feel younger and avoid many complications. Still and idea, but my thought is that some researchers will put this into application soon enough. ZME Science is sure to follow any developments.

Findings were reported in the journal Genome Research.