Inventions are at the very core of human development, and quite often, the scope of the invention is not easy to grasp. Such is the case with a new “vomiting machine” which will be used to study noroviruses – fast spreading viruses that cause acute gastroenteritis. 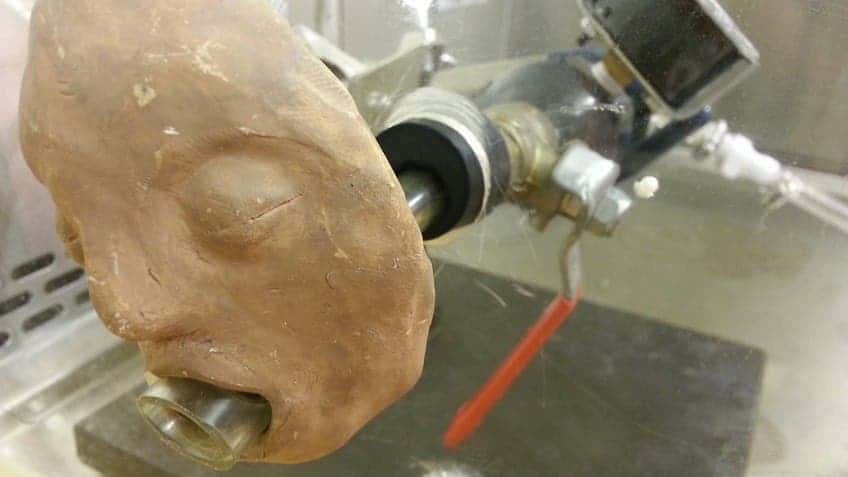 Somewhere in the North Carolina State campus, a machine has been throwing up vanilla pudding. We don’t know exactly where… because we weren’t particularly curious. But the machine is serving a noble purpose. Norovirus causes 20 million cases of food poisoning in the US every year and the virus is highly contagious through airborne particulates – something especially convenient for a virus that makes you puke.

Researchers from North Carolina State University in Raleigh and Wake Forest University in Winston-Salem created a batch of fake vomit that they infected with the MS2 bacteriophage virus, a type of norovirus that isn’t harmful to humans (typical norovirus is too dangerous to work with). They sprayed the vomit through the machine to see how much of the virus actually becomes airborne.

They found that only 0.02% of the virus becomes airborne, but that’s more than enough to infect other people directly, or indirectly. That translates into as many as 13,000 virus particles. And it only takes 20 to 1,300 virus particles to get someone sick.

“But those airborne particles could also land on nearby surfaces like tables and door handles, causing environmental contamination,” Jaykus said. “And norovirus can hang around for weeks, so anyone that touches that table and then puts their hand to their mouth could be at risk for infection.”

Constructing the machine wasn’t easy. It took them two years to create a replica of the upper body tract, but the results are definitely valuable. Vomit-borne viral transmission is not something we’ve studied in detail, and like it or not, someone has to do it.

Norovirus is the most common cause of viral gastroenteritis in humans. It affects people of all ages, causing nausea, projectile vomiting, watery diarrhea, abdominal pain, and in some cases, loss of taste. General lethargy, weakness, muscle aches, headache, and low-grade fever may occur.