A growing body of evidence has implicated gut bacteria in regulating neurological processes such as neurodegeneration and cognition. Now, a study from Spanish researchers shows that viruses present in the gut microbiota can also improve mental functions in flies, mice, and humans.

They easily assimilate into their human hosts — 8% of our DNA consists of ancient viruses, with another 40% of our DNA containing genetic code thought to be viral in origin. As it stands, the gut virome (the combined genome of all viruses housed within the intestines) is a crucial but commonly overlooked component of the gut microbiome.

But we’re not entirely sure what it does.

This viral community is comprised chiefly of bacteriophages, viruses that infect bacteria and can transfer genetic code to their bacterial hosts. Remarkably, the integration of bacteriophages or phages into their hosts is so stable that over 80% of all bacterial genomes on earth now contain prophages, permanent phage DNA as part of their own — including the bacteria inside us humans. Now, researchers are inching closer to understanding the effects of this phenomenon.

In their whitepaper published in the journal Cell Host and Microbe, a multi-institutional team of scientists describes the impact of phages on executive function, a set of cognitive processes and skills that help an individual plan, monitor, and successfully execute their goals. These fundamental skills include adaptable thinking, planning, self-monitoring, self-control, working memory, time management, and organization, the regulation of which is thought, in part, to be controlled by the gut microbiota.

The study focuses on the Caudovirales and Microviridae family of bacteriophages that dominate the human gut virome, containing over 2,800 species of phages between them.

“The complex bacteriophage communities represent one of the biggest gaps in our understanding of the human microbiome. In fact, most studies have focused on the dysbiotic process only in bacterial populations,” write the authors of the new study.

Specifically, the scientists showed that volunteers with increased Caudovirales levels in the gut microbiome performed better in executive processes and verbal memory. In comparison, the data showed that increased Microviridae levels impaired executive abilities. Simply put, there seems to be an association between this type of gut biome and higher cognitive functions.

These two prevalent bacteriophages run parallel to human host cognition, the researchers write, and they may do this by hijacking the bacterial host metabolism.

To reach this conclusion, the researchers first tested fecal samples from 114 volunteers and then validated the results in another 942 participants, measuring levels of both types of bacteriophage. They also gave each volunteer memory and cognitive tests to identify a possible correlation between the levels of each species present in the gut virome and skill levels.

The researchers then studied which foods may transport these two kinds of phage into the human gut -results indicated that the most common route appeared to be through dairy products.

They then transplanted fecal samples from the human volunteers into the guts of fruit flies and mice – after which they compared the animal’s executive function with control groups. As with the human participants, animals transplanted with high levels of Caudovirales tended to do better on the tests – leading to increased scores in object recognition in mice and up-regulated memory-promoting genes in the prefrontal cortex. Improved memory scores and upregulation of memory-involved genes were also observed in fruit flies harboring higher levels of these phages.

Conversely, higher Microviridae levels (correlated with increased fat levels in humans) downregulated these memory-promoting genes in all animals, stunting their performance in the cognition tests. Therefore, the group surmised that bacteriophages warrant consideration as a novel dietary intervention in the microbiome-brain axis.

Regarding this intervention, Arthur C. Ouwehand, Technical Fellow, Health and Nutrition Sciences, DuPont, who was not involved in the study, told Metafact.io:

“Most dietary fibres are one way or another fermentable and provide an energy source for the intestinal microbiota.” Leading “to the formation of beneficial metabolites such as acetic, propionic and butyric acid.”

It would certainly be interesting to identify which foods are acting on bacteriophages contained within our gut bacteria to influence cognition.

Despite this, the researchers acknowledge that their work does not conclusively prove that phages in the gut can impact cognition and explain that the test scores could have resulted from different bacteria levels in the stomach but suggest it does seem likely. They close by stating more work is required to prove the case.

If you think you don’t have viruses, think again.

It may be hard to fathom, but the human body is occupied by large collections of microorganisms, commonly referred to as our microbiome, that has evolved with us since the early days of man. Scientists have only recently begun to quantify the microbiome, and discovered it is inhabited by at least 38 trillion bacteria. More intriguing, perhaps, is that bacteria are not the most abundant microbes that live in and on our bodies. That award goes to viruses.

It has been estimated that there are over 380 trillion viruses inhabiting us, a community was collectively known as the human virome. But these viruses are not the dangerous ones you commonly hear about, like those that cause the flu or the common cold, or more sinister infections like Ebola or dengue. Many of these viruses infect the bacteria that live inside you and are known as bacteriophages or phages for short. The human body is a breeding ground for phages, and despite their abundance, we have very little insight into what all they or any of the other viruses in the body are doing.

I am a physician-scientist studying the human microbiome by focusing on viruses, because I believe that harnessing the power of bacteria’s ultimate natural predators will teach us how to prevent and combat bacterial infections. One might rightly assume that if viruses are the most abundant microbes in the body, they would be the target of the majority of human microbiome studies. But that assumption would be horribly wrong. The study of the human virome lags so far behind the study of bacteria that we are only just now uncovering some of their most basic features. This lag is due to it having taken scientists much longer to recognize the presence of a human virome, and a lack of standardized and sophisticated tools to decipher what’s actually in your virome.

Here are a few of the things we have learned thus far. Bacteria in the human body are not in love with their many phages that live in and around them. In fact, they developed CRISPR-Cas systems – which humans have now co-opted for editing genes – to rid themselves of phages or to prevent phage infections altogether. Why? Because phages kill bacteria. They take over the bacteria’s machinery and force them to make more phages rather than make more bacteria. When they are done, they burst out of the bacterium, destroying it. Finally, phages sit on our body surfaces just waiting to cross paths with vulnerable bacteria. They are basically bacteria stalkers.

It’s clear that there’s a war being fought on our body surfaces every minute of every day, and we haven’t a clue who’s winning or what the consequences of this war might be.

Viruses are contagious. But we often don’t think about bacterial viruses as being easily shared. Researchers have shown that just living with someone will lead to rapid sharing of the viruses in your body. If we don’t know what the consequences are of the constant battle between bacteria and viruses in our body, then it gets exponentially more complicated considering the battle between your bacteria and their viruses that are then shared with everyone including your spouse, your roommate, and even your dog.

Ultimately, we need to know what all these viruses in the human body are doing, and figure out whether we can take advantage of our virome to promote our health. But it’s probably not clear at this point why anyone would believe that our virome may be helpful.

It may seem counterintuitive, but harming our bacteria can be harmful to our health. For example, when our healthy bacterial communities are disturbed by antibiotic use, other microbial bad guys, also called pathogens, take advantage of the opportunity to invade our body and make us sick. Thus, in a number of human conditions, our healthy bacteria play important roles in preventing pathogen intrusion. Here’s where viruses come in. They’ve already figured out how to kill bacteria. It’s all they live for.

So the race is on to find those viruses in our viromes that have already figured out how to protect us from the bad guys, while leaving the good bacteria intact. Indeed, there are recent anecdotal examples utilizing phages successfully to treat life-threatening infections from bacteria resistant to most if not all available antibiotics – a treatment known as phage therapy. Unfortunately, these treatments are and will continue to be hampered by inadequate information on how phages behave in the human body and the unforeseen consequences their introduction may have on the human host. Thus, phage therapy remains heavily regulated. At the current pace of research, it may be many years before phages are used routinely as anti-infective treatments. But make no mistake about it; the viruses that have evolved with us for so many years are not only part of our past, but will play a significant role in the future of human health.

Just like an ecosystem inhabits an area, so to is your skin inhabited by a swarm of micro-organisms – including viruses. Now, researchers have used state of the art equipment to survey this viral population (the “virome”), and came up with an unexpected conclusion: 90% of these viruses are completely unknown, and most viral DNA on our skin is a “dark matter”. 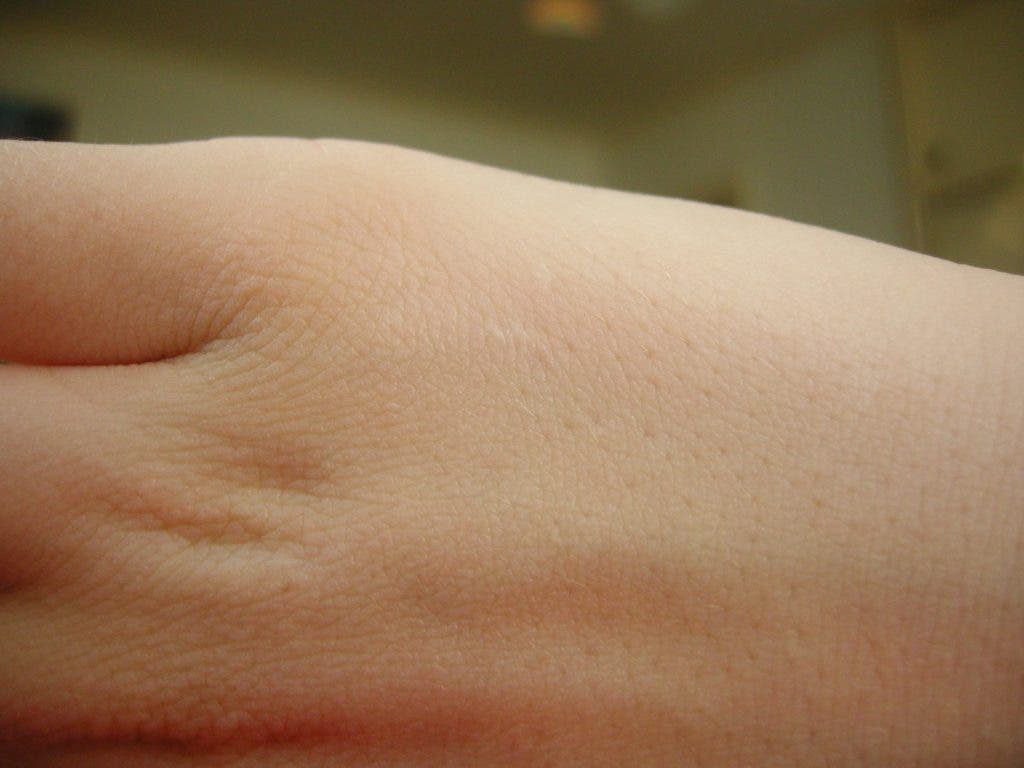 Scientists are realizing more and more just how much the microbes living on and inside us affect our lives, so researchers from the Perelman School of Medicine at the University of Pennsylvania set out to investigate them. We already know that they can prevent harmful infections and stave off other bacteria, but under certain circumstances, they do exactly the opposite.

“There has been a real need for a better understanding of these viruses, given their potential effects on our skin cells as well as on our resident bacteria,” said senior author Elizabeth A. Grice, PhD, an assistant professor of Dermatology at Penn Medicine. “Until now, relatively little work has been done in this area, in part because of the technical challenges involved. For example, a skin swab taken for analysis will contain mostly human and bacterial DNA, and only a tiny amount of viral genetic material — the proverbial needles in the haystack.”

It’s not the first time this mapping attempt has been done, but it’s hard to identify viral DNA among other, bacterial and human DNA. Using optimized techniques for isolating virus-like particles (VLPs) from skin swabs, and for analyzing very small amounts of genetic material, the team managed to mostly overcome that hurdle.

Their sample analysis came from 16 healthy individuals, and initial results were expected. The most abundant skin-cell infecting virus was human papilloma virus, which causes common warts and has been linked to skin cancers. However, the big surprise came quickly: 90% of the DNA didn’t match anything on records.

“More than 90 percent was what we call viral dark matter — it had features of viral genetic material but no taxonomic classification,” Grice said.

However, this research established a base-map, and will likely serve as a reference for future studies; few things that are so important for our health are so poorly understood, and this is, while a bit worrying, a great opportunity. To further advance research in the field, Grice and the team made the entire DNA-sequencing algorithms open source with their paper.

“It’s all freely available so that people can do their own studies, or even reproduce our results,” she said.