A new study describes how researchers 3D-printed fully-functional blood vessels, and how they can be implanted into living hosts.

The blood vessels were printed from a bioink containing human smooth muscle cells (harvested from an aorta) and endothelial (lining) cells from an umbilical vein. They have the same dual-layer architecture of natural blood vessels and outperform existing engineered tissues, the team explains.

The findings bring us closer to 3D-printed artificial blood vessels that can be used as grafts in clinical use.

“The artificial blood vessel is an essential tool to save patients suffering from cardiovascular disease,” said lead author Ge Gao. “There are products in clinical use made from polymers, but they don’t have living cells and vascular functions.”

“We wanted to tissue-engineer a living, functional blood vessel graft.”

The researchers explain that the small-diameter blood vessels we’ve been able to construct so far were fragile things, and prone to blockages. The crux of the issue was that these vessels relied on a very simplified version of the extracellular matrix — the material between cells which keeps our bodies together — most usually in the form of collagen-based bioinks. A natural blood vessel, however, isn’t just collagen; it also boasts a wide range of biomolecules that support the growth and activity of vascular cells.

To address these issues, the team developed a bioink starting from native tissues that preserves this extracellular complexity. Its use allows for faster development of vascular tissues and results in blood vessels with better strength and anti-thrombosis (i.e. anti-clogging) function. After fabrication, the team matured the vessels in the lab to reach specific wall thickness, cellular alignment, burst pressure, tensile strength, and contraction ability — basically making the printed vessels mimic the functions of natural blood vessels.

Afterward, the printed blood vessels were grafted as abdominal aortas into six rats. Over the following six weeks, the rats’ fibroblasts (a type of cell in the extracellular matrix) formed a layer of connective tissue on the surface of the implants — which integrated the vessels into pre-existing living tissues.

The team says they plan to continue developing the process in order to make the blood vessels stronger, with the goal of making them similar to human coronary arteries in physical properties. They also want to perform a long-term evaluation of vascular grafts to see how they evolve as they integrate into the implanted environment.

The paper “Tissue-engineering of vascular grafts containing endothelium and smooth-muscle using triple-coaxial cell printing” has been published in the journal Applied Physics Reviews.

An ancient tomb discovered in Baoji City in Shaanxi, China, back in 2013, is ripe with spoils of war. The crypt is filled with bronze ceremonial vessels etched with intricate designs, and alongside the artifacts, archaeologists found a badly decomposed body.

The hoard of vessels, most of which are believed to be ‘food vessels’, include a four-handled tureen, a type of deep dish used to serve soup. It’s a lavish piece, decorated with 192 spikes and engravings of dragons and birds, alongside 24 etchings of bovine heads. 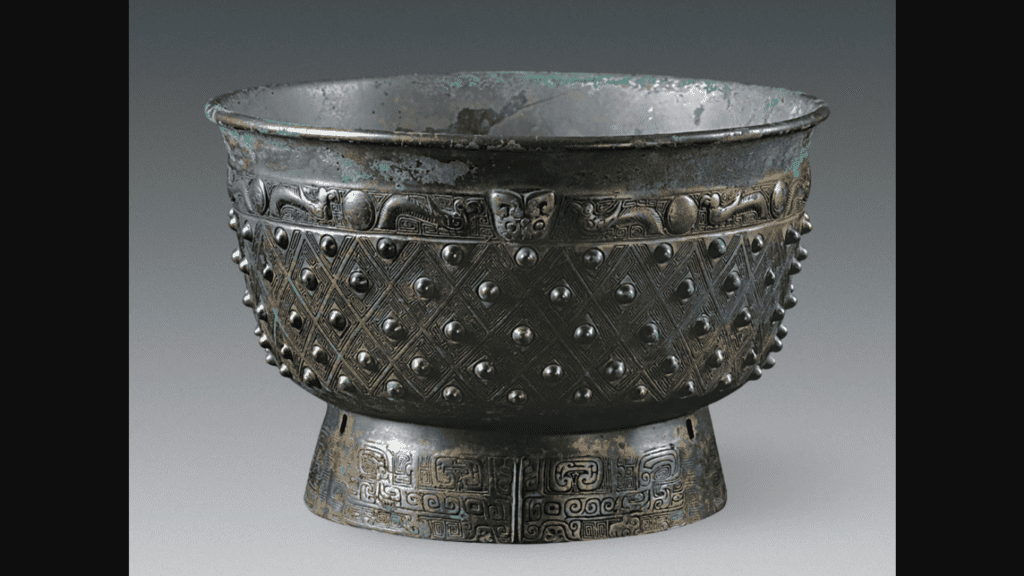 Two wine vessels shaped as deer and engraved with complex designs were also discovered in the M4 tomb. The skeleton found in the tomb is badly decomposed and archaeologists could not determine his identity. Still, the person buried there must have been a chieftain or someone of great importance. 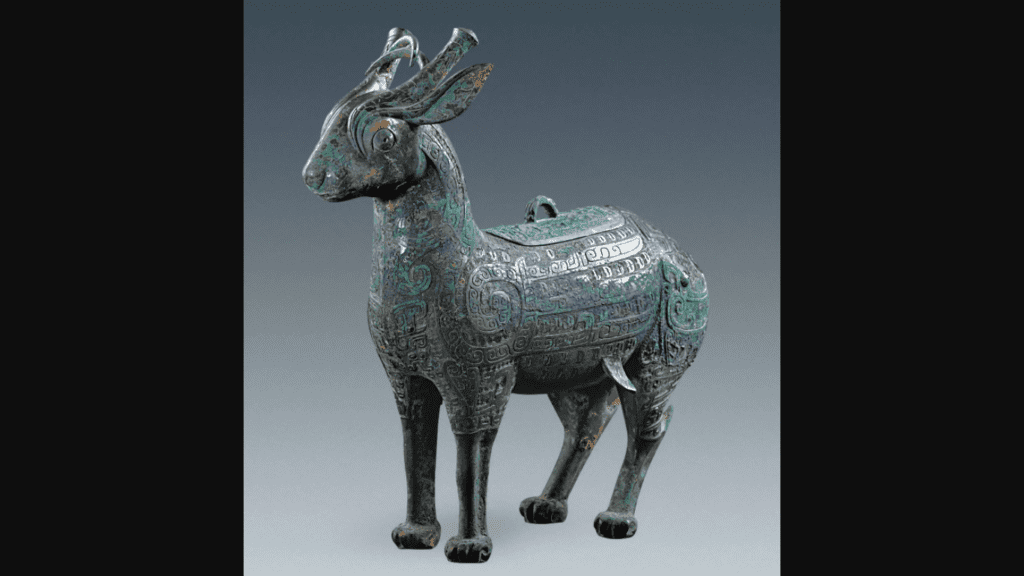 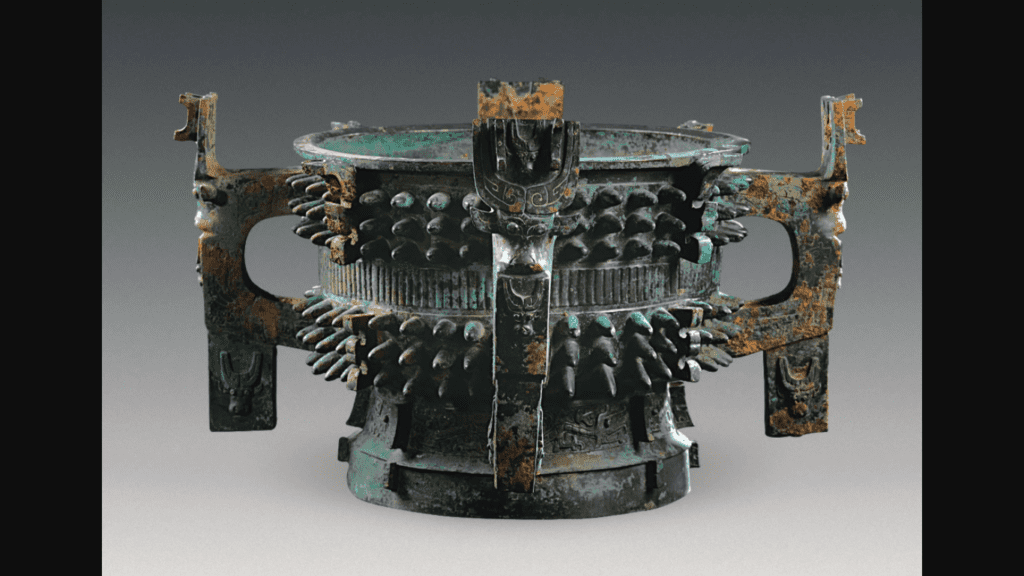 The team referred to the vessels as “ritual vessels,” saying that if they were ever used to actually serve food, it would only have been during religious or burial ceremonies. They were likely spoils of war, gifted to the person buried in the tomb, they note.

“The occupant of Tomb M4  was most likely of elite status, and could potentially be a high ranking chief or the spouse of a chief,” wrote the team led by Zhankui Wang.

To the victor the spoils

At the time the tomb was sealed, 3,100 years ago, the Zhou dynasty was battling their rival, the Shang. They would eventually overcome their enemy and seize control of the Shang lands. Given that several of the vessels discovered in M4 are adorned with inscriptions, some of which are the names of different Shang clans, the team believes the vessels are “originally from multiple clans of the Shang people” seized in the conflict.

The bronze booty was then gifted to the person interred in M4, the team says.

“After conquering the Shang dynasty, the Zhou king distributed the plundered war spoils to the military officers with great achievements, and these spoils usually included bronze vessels,” they wrote.

A journal article about the tomb discovery was published in Chinese in 2016, in the journal Wenwu. The article “The Shang (ca. 1600–1046 BC) and Zhou dynasty (ca. 1045–256 BC) Shigushan cemetery in Baoji, Shaanxi Province” has been translated into and published in the journal Chinese Cultural Relics. 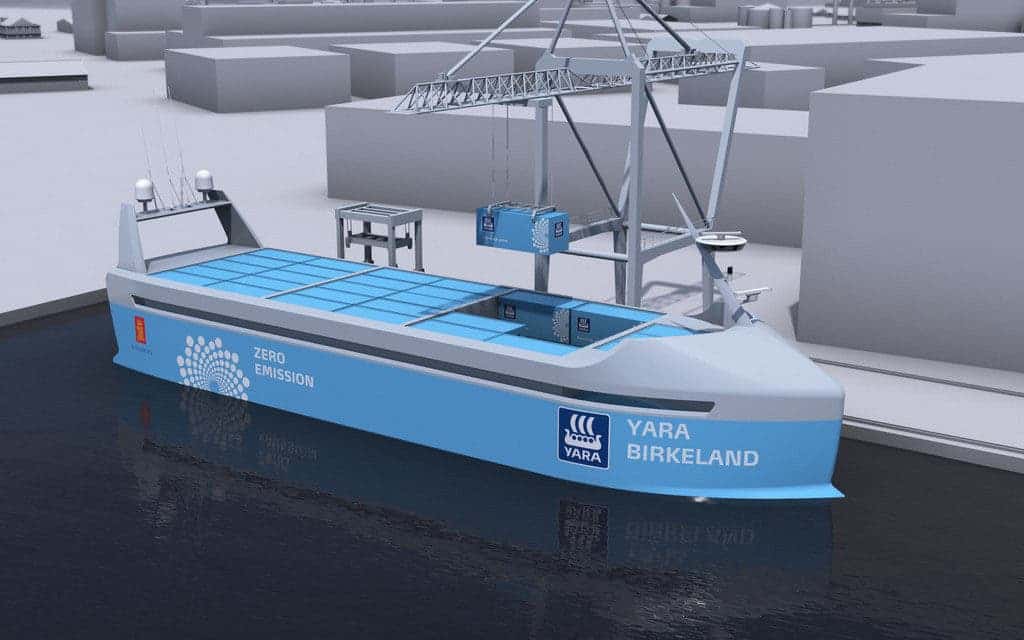 A rendering of the ship’s design.
Image credits YARA.

Once you start working on autonomous cars, there’s only a step (more likely a swim) to go to autonomous ships. In broad lines the tech is similar, the role is similar, it’s just that the surface they travel on is only a tad similar.

So it may not come as a huge surprise that people are working on designing ships that can navigate themselves — but just how close we are to a fully working such vessel likely will. Norway is expecting its first fully autonomous, fully electric commercial cargo ship to hit the waters next year.

Building and development costs on the to-be-christened Yara Birkeland is estimated to cost some US$25 million overall. The work will be carried out under a joint program by Yara International ASA, a Norwegian agriculture firm, and the Kongsberg Gruppen, who specialize in high-end technology.

It’s not only a test bed for maritime innovation — Yara Birkeland will be ferrying agricultural fertilizers across 37 nautical miles (68.5 km/42.5 miles) of coast to the port of Larvik from a local fertilizer plant. A suite of GPS, AIS, infrared cameras, radar, and lidar will be aiding the ship it on this quest, and ensure it stays on course within 12 nautical miles of the coast without colliding with anything.

Seems like a lot of cash to shell out for a fertilizer cargo boat, right? Well, the company expects to save a lot of money with the Yara Birkeland. Without a human crew on board to feed and pay for, and with fuel costs out of the picture, the ship is estimated to eventually slash operating costs by up to 90%.

And if there’s no crew, you don’t need crew quarters, right? Or kitchens. Toilets won’t see much use either, so those can be scrapped. The final stroke is to go with electric engines. They’re both cheaper to run and smaller than their combustion counterparts, which are pretty large, maintenance heavy and need fuel tanks. The ship will be fully electric, powered by a 4MWh battery pack. All that free space means you can make the ship smaller and lighter without cutting down on its transport capacity. The ship’s design is very neat and compact (by ship standards) judging from this video:

Yara Birkland will also help make Norway that tad greener and less congested, by replacing the 40,000 truck trips currently made annually to transport fertilizer on this route.

Yara Birkland’s first few days afloat, which are “planned to start in the latter half of 2018” will require some human supervision. During this testing and teething period, a single shipping container will be installed on-deck to act as a bridge. A small crew will monitor the ship from here, to ensure that all systems work as they should and to be on-hand in case they don’t. If this early stage is successful, the bridge will be moved off-shore for remote monitoring in 2019, and the ship will be fully autonomous by 2020.

At 34 nautical miles, the ship’s mission doesn’t seem all that impressive, but what matters here is for the vessel to prove it works. If successful it can easily be repurposed to longer routes, “maybe even move our fertilizer from Holland all the way to Brazil,” said Yara’s project leader Petter Ostbo for the Wall Street Journal. The technology bound to be taken up by shipbuilders if it proves its worth, so we’ll likely see a lot more autonomous ships in the future.

“Once the regulation is in place, I can see this spreading fast, there is a lot of interest from operators of coastal tankers, fish-transport vessels and supply ships that are knocking on our door,” said Kongsberg’s CEO Geir Haoy.