Recent success in a rhesus monkey trial might propel a new type of reversible, condom-free male contraceptive closer to market. 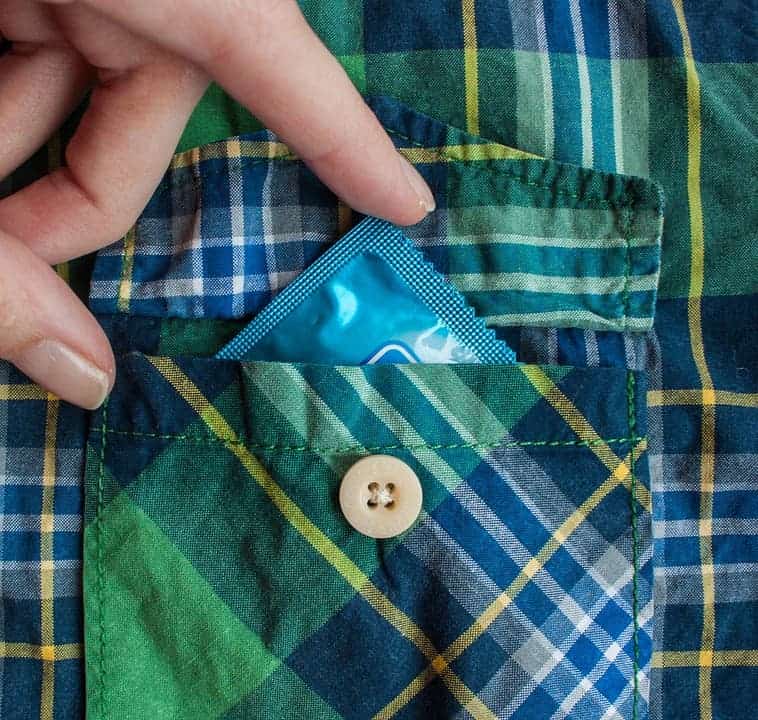 We have sex for many reasons — mainly because it’s awesome. But for the most part, the biological incentive, that of procreation, isn’t one of them. Coming up with effective contraceptives that don’t take away from the act’s enjoyment can thus have a huge impact on the quality of life for countless people. A new male contraceptive treatment shows great promise in this regard. It has shown its effectiveness in a new trial, successfully blocking reproduction in a group of rhesus monkeys for more than a year.

Known as Vasalgel, the treatment works by blocking the vas deferens — the tubes that sperm travels down through on its merry way. It forms a flexible, spongy, hydrogel material which allows fluids to pass but holds back sperm cells like a net. In theory, this will allow males to ejaculate but eliminates the risk of unwanted pregnancies altogether.

It’s also very simple to administer — all you need to do is get one injection with long lasting effects. Animal studies so far have also shown that the effects are fully reversible.

The trial took place with 16 male adult rhesus monkeys who received Vasalgel injections. They were then housed for a full breeding season with three to nine fertile females. This was done in a free-living environment to ensure a free, unrestricted interaction between the sexes. Seven of the males were housed with the females for up to two years.

During this time, none of the group’s couplings resulted in pregnancy. The monkeys didn’t show any complications or adverse reactions to the treatment. Based on this trial and previous results from rabbit trials, non-profit Parsemus Foundation is now preparing for the first human trials of the treatment. The company said last year that it hopes to have the treatment commercially available by 2018 with an international pricing structure to ensure that men the world over can afford the contraceptive.

It’s an ambitious goal but with the recent success, it probably still holds strong.

“But this is not just another early-stage lead; we’re so close on this one. It’s time to finish the job we’ve started.” 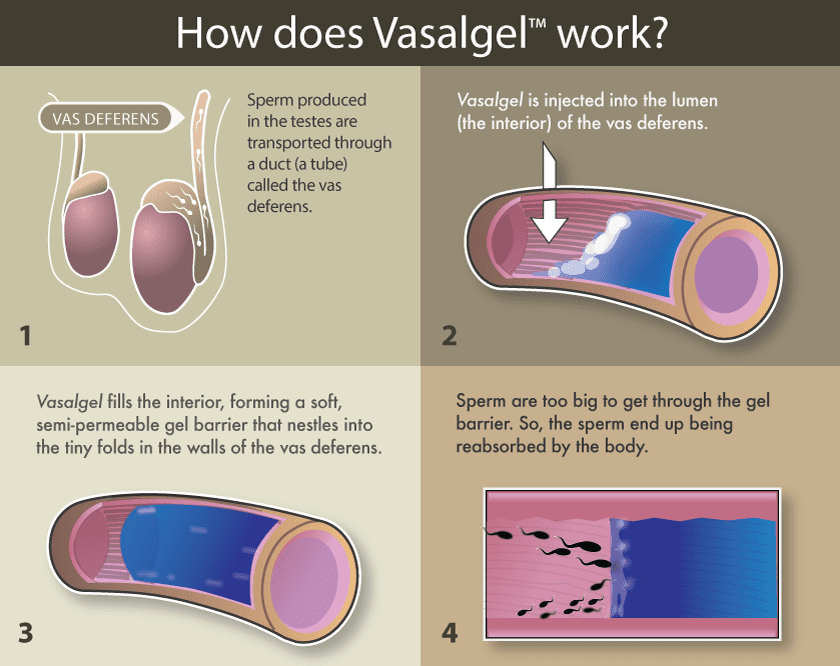 Vasalgel was inspired by the work on a polymer contraceptive called RISUG, which is in advanced clinical trials in India; some of the men have been using RISUG for more than 15 years. But right now, only local men near the study sites in India are eligible for the trials, and formal reversibility studies have only been done in animals, not men.

If you’re a guy, you’re pretty limited in the range of contraceptives you can use. Despite huge interest from pharmaceutical companies, this market has remained impressively unchanged in the last century. There are several projects in the works — but most rely on chemical or hormonal regulation of sperm production and still come with a wide range of side effects. So the only established contraceptives are condoms, and vasectomies. The first one isn’t guaranteed to work, the CDC estimating a failure rate of 12%. Vasectomies, on the other hand, are very difficult to revert, which understandably puts a lot of people off.

Vasalgel could make a welcomed addition to the market. By physically blocking sperm, it works similar to a condom. However, you don’t have to keep one handy at all times or put anything on before sex. You also don’t have to unpack and risk damaging it, improving ease of use and reliability. We don’t know exactly how long the gel will last in human users, but that’s something Parsemus has to find out in human trials.

Another huge advantage is that the procedure is reversible. According to Parsemus, the rabbit trials have shown that after Vasalgel was flushed from the critters’ vas deferens, sperm production returned to normal. This removes one of the biggest gripes we have with vasectomies — their permanence.

There still is a lot of work to be done before Vasalgel will come to market, however. The rhesus monkey trial was limited in scope and didn’t include a control group. While unlikely that none of the 16 males managed to charm the females, the results should be taken with a grain of salt. It’s a very good result for Vasalgel, but it’s not a definitive answer.

It’s also worth noting that just because something works in animal studies, it’s not a guarantee that human subjects would see the same results. At least three rounds of human trials are needed before it’s even considered for regulatory approval. But up to now the results are encouraging, so there’s a big chance it will ultimately be green-lighted for human use.

The full paper “The contraceptive efficacy of intravas injection of Vasalgel™ for adult male rhesus monkeys” will be published later this week in the journal Basic and Clinical Andrology.