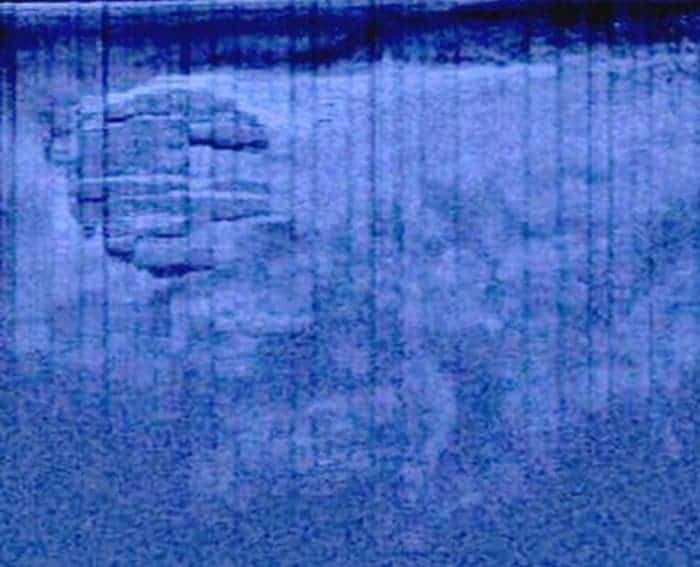 Well, I guess Han Solo should be more careful where he parks his spaceship from now, since Swedish treasure hunters just recently found an unidentified object beneath the Baltic seas which portrays an uncanny resemblance to Star Wars’ most iconic of spaceships.

The whole find occured while the Ocean Explorer team, led by researcher Peter Lindberg, were looking for cases of rare champagne through ship wrecks with their sonar. They eventually found something more that they could bargain for – 60-foot disc sunk in the bottom of the ocean, with what appears to be 985-foot-long impact tracks leading to it.

“You see a lot of weird stuff in this job but during my 18 years as a professional I have never seen anything like this. The shape is completely round… a circle”, Peter Lindberg said.

Of course, the whole discovery left a lot of room for speculation, and before you know it there’s been a myriad of blogs and newspapers hailing the USO (unidentified sunken object) as an alien craft. Other, more reasonable, explanations have it that the sonar scan actually depicts a natural formation,  such as the rim of a small underground volcano. The shape is too perfectly round to be anything but man-made, some believe, however – their explination: a sunken WWII battleship turret.

Lindberg has refrained from hypothesizing on what the object could be, perhaps allowing the tale to grow.

“It’s up to the rest of the world to decide what it is,” he said of the item he theorizes “might be a new Stonehenge.”

A tight budget has been keeping the team of explorers from taking a closer look, but undoubtedly considering the hype that’s been built around it, another better equipped team will be sent to further investigate.

I guess people are still waiting for George Lucas’ take on this. James Cameron could do just fine too.