In just five weeks, 26.5 million people have filed for unemployment as a result of the economic fallout due to coronavirus quarantine measures. According to the Labor Department, 4.427 million Americans applied for state unemployment benefits last week alone.

Following the 2008 Great Recession, the United States had experienced one of its longest streaks of economic growth, managing to add 22.442 million jobs since November 2009. All of these jobs and millions more were lost almost overnight as a result of the coronavirus pandemic.

The official outlook on the U.S. unemployment rate for the month of April won’t be released until May 8, and may be bleaker than even some of the most pessimistic investors imagined.

Part-time jobs held for economic reasons jumped from 7% to 8.7%, the highest since March 2017.

But at least those who still have a job earn more. Wages have risen by 3.1% year over year, which is slightly better than forecasted at the start of 2020.

Bars, restaurants, and hotels among the hardest hit

About two-thirds of all lost jobs since the pandemic are in the hospitality industry. Many of these jobs could be gone for good even after the lockdown lifts since social distancing orders will likely still apply going forward. This means that many bars and restaurants, which already operated on very thin margins, will be forced out of business.

There is little demand for socially-centered physical business in a world that puts a premium on distancing.

One of the few sectors and industries that added jobs rather lose them was the government, which saw an increase of 18,000 jobs.

“Today’s numbers are shockingly bad and an understatement of the damage already done to the U.S. economy,” said Nick Bunker, economic research director at job search site Indeed. “If this is an indication of what was happening before the full force of the crisis hit, then it will be hard to come up with the words to describe the numbers in future months.”

In order to offset some of the massive losses in the labor market, the federal government signed a $2 trillion stimulus package at the end of March. More than 40 states have offered an additional $600 a week in unemployment benefits, besides regular state payments.

New research from the University of Sydney in Australia found that young people from the country have higher qualifications than previous generations, but they’re struggling to find a place to work, and they’re swimming in debt. 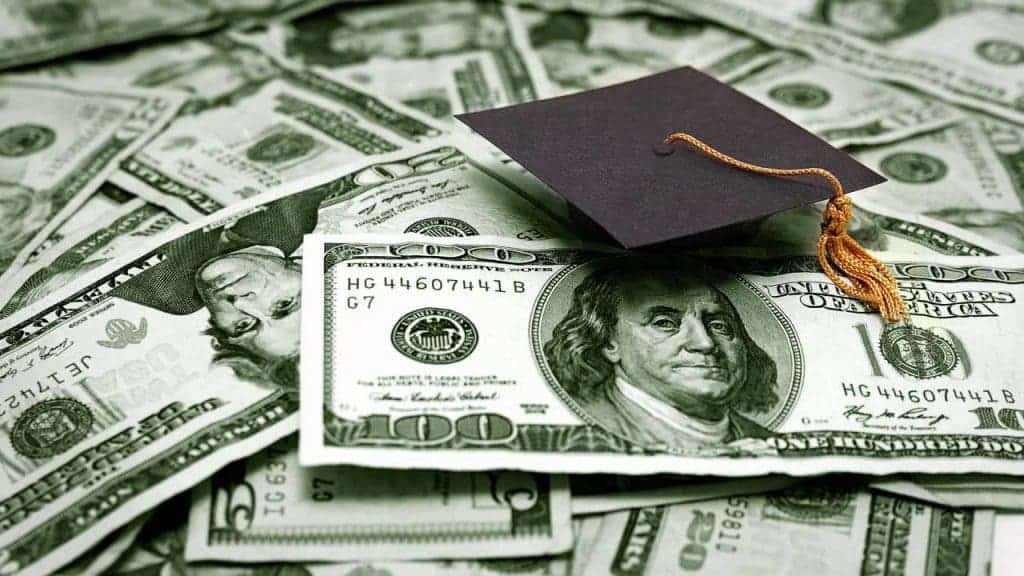 The problem of youth unemployment is felt across most of the developed world. Young people today are paying more and more for an education which doesn’t offer them the skills to succeed in today’s job market – or which is preparing them for a job market which doesn’t exist. The workforce demand is rapidly shifting, but education isn’t shifting fast enough to adapt to it. That youth people, despite being more educated, are having a harder time getting employed is extremely worrying.

Australians in particular seem to be having a rough time. The report by advocacy and research group the Foundation for Young Australians suggests this generation may be the first to contribute more to the government than they receive, due to ageing population, increasing health costs and student debts.

“Sometimes we tend to blame the individual young person – sometimes they blame themselves,” said the foundation’s Jan Owen. “But there are clearly systemic, global changes driving this.”

He went on to highlight the appalling disparity:

“On the one hand, you’ve got young people studying harder, managing more debt, and working harder, with much higher skills required at entry level in a really casualised, unstable world of work with little return on their investment in sight; and on the other hand you’ve got the government not prioritising investment in education that’s fit for purpose. It’s a massive disconnect of priorities, almost intergenerational inequity.”

Australians aged between 18 and 26 are 1.7 times more likely to hold an undergraduate degree than their parents’ generation. But the same generation is 3.4 times less likely to be employed. Also, the average cost of a three-year bachelor degree has gone from free for a student in 1985, to $10,342 in 1991 and $26,298 in 2016. The gender gap is also taking a toll, with women being even more at risk of unemployment, and generally receiving significantly smaller salaries.

According to SMH, Ms Owen said a brighter future was possible if the education system was refocused on the skills the industry wants, and if governments placed young people at the centre of economic policy.

But this clearly is a far-reaching problem – and one for which there are no clear-cut answers.

A new study found that unemployment is one of the main causes for suicide across the world – between 2001 and 2011, unemployment caused approximately 450,000 cases of suicide.

Are we living in a dystopian world? Previous estimates found that 1 million people worldwide take their lives by suicide every year, and now, a new study found that at least 45,000 of those are caused by unemployment. Is not having a job so bad that you want to end your life? Apparently, in many cases, it is. Lead author Dr. Carlos Nordt, of the University of Zurich Psychiatric Hospital in Switzerland and his colleagues urge governments to increase focus on reducing unemployment in order to lower its impact on suicide.

The team analyzed data on 63 countries over a period of 10 years, from 2001 to 2011 – they chose this period because they wanted to see if there are differences in periods of economic stability (before the crisis) and economic crisis. They estimate that in those countries there were 233,000 suicides each year, and 45,000 of those were caused by unemployment; in other words, 1 in 5 people who commit suicide do so because they don’t have a job.

What’s even more disturbing is that the number of suicide cases (both in total, and caused by unemployment) is rising.

“What is more,” the team adds, “our data suggest that not all job losses necessarily have an equal impact, as the effect on suicide risk appears to be stronger in countries where being out of work is uncommon. It is possible that an unexpected increase in the unemployment rate may trigger greater fears and insecurity than in countries with higher pre-crisis unemployment levels.”

According to researchers, governments have to take measures to prevent unemployment not only for economic and social security – but also to save lives.

“Besides specific therapeutic interventions, sufficient investment by governments in active labour market policies that enhance the efficiency of labour markets could help generate additional jobs and reduce the unemployment rate, helping to offset the impact on suicide.”

It should also be considered that suicides are just the extreme cases – the tip of the iceberg, the team puts it. Roger Webb and Navneet Kapur, both of the University of Manchester note that while their study only focused on suicide cases, unemployment is also extremely likely to have caused other issues.

“Many affected individuals who remain in work during these hard times encounter serious psychological stressors due to pernicious economic strains other than un­employment, including falling income, ‘zero­-hour’ contracting, job insecurity, bankruptcy, debt and home repossession,” they explain.

For future studies, they recommends focus on on “psychosocial manifestations of economic adversity,” such as non-fatal self-harm, stress and anxiety, depression, hopelessness, alcohol abuse, familial conflict and relationship breakdown. We know that, especially in some countries, unemployment can be a stigma and can cause massive psychological issues (aside to the financial ones), but we don’t know exactly how those problems manifest.

“We also need to know how and why highly resilient individuals who experience the greatest levels of economic adversity manage to sustain favorable mental health and well-being,” they add.