Throughout the southern reaches of the Arctic, plants are getting taller due to climate change. 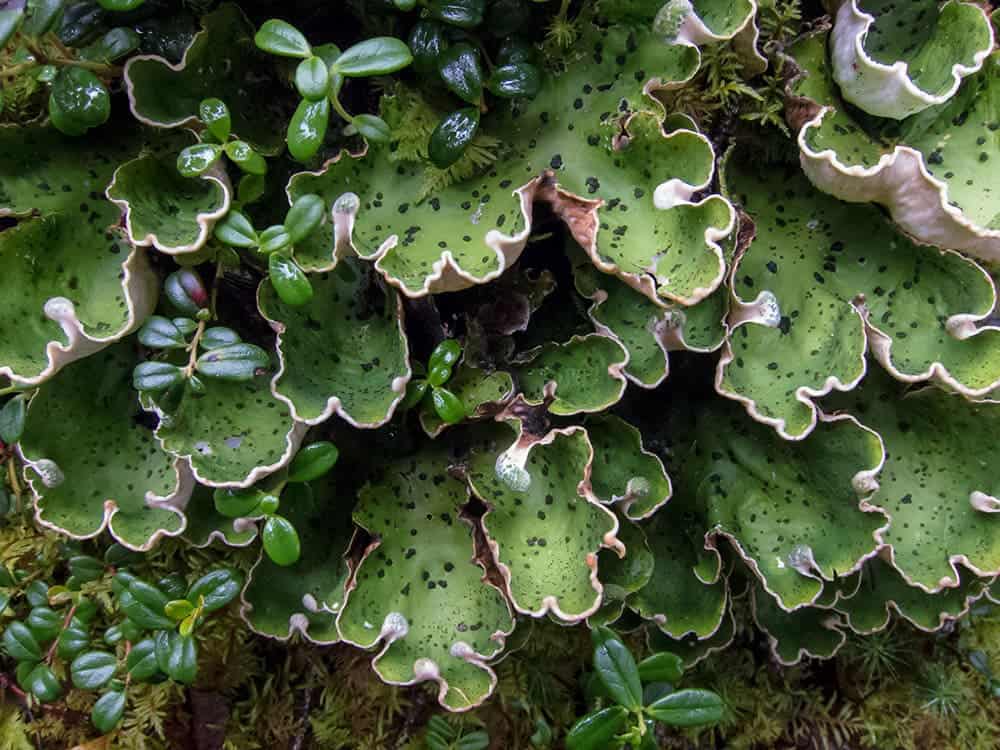 While not graced with the lush vegetation of the Earth’s other areas, the Arctic is far from desolate. Hundreds of species of low-lying shrubs, grasses, and other plants make a home in the frigid expanse, and they play a key role in the carbon cycle. However, anthropic climate change is causing new plants to move into the Arctic’s southern stretches which, according to a new paper, can lead to quite a bit of hassle in the future.

An international team of 130 researchers, led by Dr Isla Myers-Smith of the School of Geosciences at the University of Edinburgh, and Dr Anne Bjorkman from the Senckenberg Biodiversity and Climate Research Centre (BiK-F) in Frankfurt, has been investigating the Arctic flora as part of a Natural Environment Research Council (NERC)-funded project.

The team looked at more than 60,000 data points from hundreds of sites across the Arctic and alpine tundra and report that higher mean temperatures are impacting the delicate balance of these ecosystems. This is the first time that a biome-scale study looking at the role plants play in this rapidly-warming part of the planet has been carried out, says Bjorkman.

“Rapid climate warming in the Arctic and alpine regions is driving changes in the structure and composition of plant communities, with important consequences for how this vast and sensitive ecosystem functions,” Dr Bjorkman adds.

“Arctic regions have long been a focus for climate change research, as the permafrost lying under the northern latitudes contains 30 to 50 percent of the world’s soil carbon”.

Among other things, plants insulate the soil they grow in from incoming sunlight. While this is rather fortunate for us during a hot summer’s day, in the Arctic, it’s a matter of ecosystem stability. Taller plants also help to trap more snow beneath their leaves. This thicker blanket of snow, in turn, further insulates the soil from temperature changes in the atmosphere, preventing it from freezing.

In other words, taller plants in the Arctic keep soil thawed for more days each year, leading to “an increase in the release of greenhouse gases” as biological matter trapped in the soil has a wider window of time annually to decompose.

“If taller plants continue to increase at the current rate, the plant community height could increase by 20 to 60 percent by the end of the century,” Dr Bjorkman explains.

The team gathered their data from sites in Alaska, Canada, Iceland, Scandinavia, and Russia. Alpine sites in the European Alps and Colorado Rockies were also included in the study. For each dataset, the team looked at the relationship between temperature and soil moisture. They also tracked plant height and leaf area, along with specific leaf area, leaf nitrogen content, leaf dry matter content, as well as ‘woodiness and evergreenness’.

Out of all these characteristics, only height increased meaningfully over time. Temperature and moisture levels (which is strongly affected by temperature) had the strongest influence on observed plant characteristics.

“We need to understand more about soil moisture in the Arctic. Precipitation is likely to increase in the region, but that’s just one factor that affects soil moisture levels,” Dr Myers-Smith said. “While most climate change models and research have focused on increasing temperatures, our research has shown that soil moisture can play a much greater role in changing plant traits than we previously thought.”

The results suggest that (through the mechanism explained previously), this increase in overall plant height could have significant implications for both the Arctic and the world at large. At the same time, they should help us better tailor our climate models, to take into account increased greenhouse gas emissions from the area.

The paper “Plant functional trait change across a warming tundra biome” has been published in the journal Nature.

Though tundra covers only 8% of the planet’s surface, the frozen soil of the Northern Hemisphere store twice as much CO2 as there is in the atmosphere. Like an old freezer than needs deicing, the tundras release some of this carbon into the atmosphere during the winter and stores the carbon during the summer. The net balance is thought to be negative, so tundras are carbon sinks, much like the oceans, averting further warming in the atmosphere. One landmark study suggests, however, that the tundras are shifting their role as a result of climate change turning into carbon sources, with a net positive release of carbon into the atmosphere.

The Arctic is warming faster than any other biome on Earth. In this sense, the Arctic represents the “canary in the coal mine” for understanding how biomes around the world may respond to climate change. In the tundra, the carbon exchange between the ground and the atmosphere is essentially governed by two processes: plant photosynthesis and microbial respiration. On one hand, CO2 from the atmosphere is absorbed by plants and incorporated  during the process of photosynthesis (storage). On the other hand, carbon is  released back into the atmosphere through decomposition as CO2 and other greenhouse gasses.

Decomposition is a fundamental process of energy and nutrient cycling that connects living and dead organisms. When a biological being dies (plant, animal), it is broken down into its components by other organisms called decomposers, like bacteria, worms, fungi, termites and the like. When these organisms consume the dead organic matter, some of this matter is released into the ambient atmosphere as carbon dioxide (CO2) and methane (CH4). Then, other components like nitrogen and phosphorus are stored into the soil — these are essential to plant growth.

Because the tundra is so freaking cold, respiration is very slow, so it accumulates organic matter (lots of carbon). But the Arctic is warming — fast — the strongest trends being found in northern Eurasia and northwestern North America (including Alaska). As per seasonal changes, warming is strongest in winter and spring, when it amounts to as much as 2–3°C per decade since 1960 in the areas of greatest warming. With this in mind, some scientists suggest this causes accelerated decomposition on the upper layers of what would have previously been frozen or near-frozen earth, releasing the greenhouse gas into the atmosphere. In effect, this turns a carbon repository into a carbon emitter.

Previous research hasn’t been able to confirm this hypothesis, finding carbon storage from photosynthesis outweighs losses through respiration. These studies may paint an incomplete picture though, warns Elizabeth Webb, an ecosystem ecologist at the University of Florida in Gainesville and lead author of the new study. Most research has been done in the short summer season when there is plentiful sunlight to drive photosynthesis.

Webb and colleagues measured the net carbon flux of tundra in Alaska’s interior during the winter of 2008-2009 through the winter of 2012-2013. Snow fences were raised meant to gather snow on one side of the barrier.  On the leeward side of the fence, snow accumulates, insulating the soil below and simulating what would happen under warmer temperatures. On the windward side, no additional snow accumulates, showing what would happen if temperatures remain the same.

At the end of the study, the team reported a net loss of CO2 from the soil to the atmosphere. The amount of CO2 leached into the atmosphere as a result of rising temperatures increased by anywhere between 9 to 36 percent, depending on the measurement method used. No matter what tool they used to gauge the carbon loss, however, the team found the there was a net loss of carbon.

“I can’t say if that is a tipping point or not, but I can say that in terms of climate change, it’s not a step in the right direction,” Webb said for AGU.

“As climate change progresses, we’re going to see longer shoulder seasons – the fall [and spring] will be lasting longer and the winter will be shorter,” Webb said. “So we need to be able to figure out what’s happening during that time.”

We can’t draw definite conclusions yet. What the researchers registered may have been an anomaly. Also, these measurements were made at just a couple of sites in Alaska. If this is true, however, across the whole or much of the Northern latitude, then we’re in for a lot of trouble.

Typically, in the tundras, tree growth is hindered by very low temperatures, and usually, in the tundra, vegetation comprises of dwarf shrubs, sedges and grasses, lichens, etc. However, according to a recent study, plants and shrubs which colonized the Arctic tundra are starting to turn into small trees, a process which will accelerate global warming even more, if it occurs on a larger scale.

Scientists from Finland and Oxford University investigated an area of 100,000 square km, from Siberia to Finland; they found that in 8-15 percent of the area willow and alder plants have grown to over 2 metres in the last 30-40 years, something which is truly unexpected. Why? Because this kind of growth should have taken place over two centuries, or even more.

“It’s a big surprise that these plants are reacting in this way,” said Marc Macias-Fauria of Oxford University and lead author of the report. “But what we’ve found is that the shrubs that are already there are transforming into trees in just a few decades.”

Warming in the Arctic areas takes place about two times faster than in the rest of the world; as reflective ice and snow melt, they expose water or soil, which are significantly darker in color, and as a result, suck up more of the Sun’s heat. The problem here is that the same thing occurs if the trees grow big enough to rise over the snowfall.

While this study analyzed only a small fraction of the entire Arctic area, there is no reason to believe things are differently in other regions.