After showing us how the ISS got put together, the guys over at NASA released a new 4K timelapse video of breath taking beauty. Using 95,600 photo files of high fidelity taken by the ISS, they created almost 40 minutes of raw footage of the Earth.

As the ISS hurtles in orbit around the Earth, an eternal freefall at 17,100 mph, its cameras, and the astronauts on board, are capturing images and footage of our planet below — much of which is from NASA, and therefore public domain.

Russian photo blogger Dmitry Pisanko selected 4 minutes of video and — with the soundtrack provided by Italian pianist and composer Ludovico Einaudi — created ISS Symphony. According to Pisanko, it took him three months to find the perfect score.

Using about 80 Gigabytes of footage from ISS expeditions 28, 29, 30 and 34, France-based filmmaker Guillaume Juin created a supercut of time-lapses, edited into a final short film named Astronaut:

“What does astronaut see from up there? From the red soil of Africa, the blue water of oceans, to the green lights of the poles and yellow light of human activity, discover, throughout this journey to space, something astoundingly beautiful and strange at the same time,” he wrote.

And filmmaker David Peterson‘s youtube channel has some amazing videos one of which, titled “All Alone in the Night”, set to a track by Two Steps From Hell, shows the earth afire with city lights:

We’ve shared many time lapse videos, but this is definitely something else. The almost alien music, the stunning quality, and the surreal underwater environment is entrancing and takes you to another world. This is part of an upcoming non-speaking Italian film – “Porgrave”. This latest film by Sandro Bocci, will be released in late 2015. This is Meanwhile…:

The section depicts beautiful macro timelapses of coral, sponges and other aquatic wildlife filmed under ultraviolet light. The video’s purpose is to not only share mystery of the aquatic world, but also to send a message that we should take better care of the beautiful world we live in.

There’s no shortage of fantastic pics and videos from the International Space Station, but this mesmerizing time lapse video just takes the icing. It’s easy to just lose yourself in the video, but if you can just focus a little, towards the mid of the video, you’ll see some white blobs – which are in fact videostorms! If you’ll look even more closely, you’ll see trails of meteors and comets. Of course, aurorae couldn’t miss.

This video was achieved by “stacking” image sequences provided by NASA from the Crew at International Space Station. These Stacks create the Star Trails, but furthermore make interesting patterns visible. For example lightning corridors within clouds, but they also show occasional satellite tracks (or Iridium Flashes) as well as meteors – patterns that interrupt the main Star Trails, and thus are immediately visible.

It seems we’ve been privileged with yet another time-lapse video showing our marvelous blue marble planet in all its splendor as seen daily by astronauts stationed at the International Space Station. This time, the whole video was shut from the ISS cupola, a dome-shaped structure fitted with seven specially developed windows, which astronauts use for observations, amplifying the sense of being right there, hovering in sub-orbit. Check out the video, courtesy of Wired, below.

On a related note, at the end of the month, SpaceX will become the first private company ever to have a spaceship, namely its Dragon capsule, to dock with the International Space Station. Exciting times!

Check out more videos filmed from the ISS by NASA here. 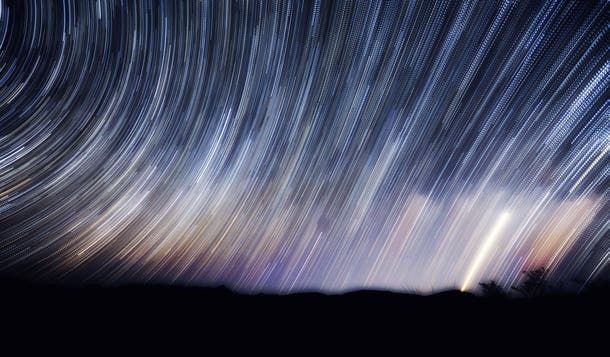 Here’s another amazing time-lapse video we’d like to recommend for your selected viewing. Shot by photographer Brad Goldpaint, the video, which he titled Breaking Point, shows a stunning panoramic view of the night sky with stars wheeling. What makes it really amazing is the manner in which it’s been made, as Goldpaint used a technique he calls Delineated. Thus, the wheeling star effect that gives perspective to the other’s relative motion along its axis is not the result of a single exposure, instead its comprised of 60 short exposures, or 60 points which make up the star lines.

Besides this beautiful effect, in the video you’ll also able to notice the Milky Way’s glow and even Venus (the brightest point in the shot). Check out the HD version on Vimeo for the best experience. 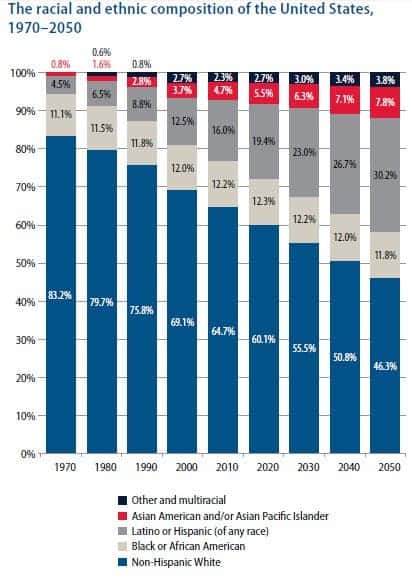 According to a recent research published by Policylink, an US research institute which aims ‘to advance economic and social equity’ in the nation,  the majority of the American population in 2050 will be of color. In the report, dubbed Prosperity 2050, the authors outline how the startling increase in discrepancies between wealth and social status between demographics could pose dire consequences in the future for the nation.

To better illustrate their point, the paper’s authors collaborated with the USC Program for Environmental and Regional Equity and released a time-lapse map, showing the country’s rapidly changing demographics, in which they predict that by 2042 “people of color will be the new Majority“.  The time-lapse map can be viewed below.

Other aspects covered in the publication are “Promoting Growth Through Equity”, “Rising Productivity, Stagnant Wages”, “Growing Wealth Gap”, among others. It’s a good read, which I recommend.

This video was shot from satellite, and it displays every plane as a yellow dot, highlighting the world’s air traffic in some 70 seconds. Absoultely brilliant – it looks just like a hornet’s nest, doesn’t it? 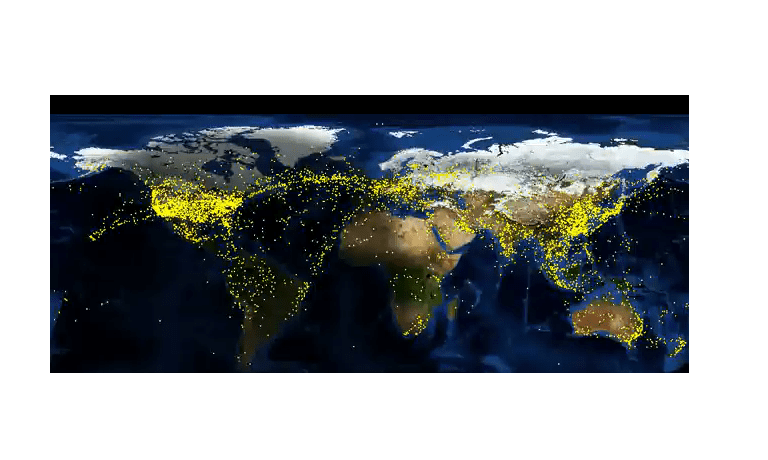 Time lapse videos seem to be really in fashion as of late, but if directors keep editing videos like the one captioned right below you won’t ever see me complain. Featured in today’s Astronomy Picture of the Day by NASA, Daniel López time-lapsed flowing clouds, a setting sun that shows numerous green flashes, the Milky Way Galaxy rising, a colorful double fogbow, lenticular clouds that appear stationary near their mountain peaks, a mountain landscape towered by a colorful rainbow and some other hidden gems which I’ll leave for you to discoverer further.

The video was shot solely from the Teide National Park on Tenerife in the Canary Islands of Spain, off the north west coast of Africa. If you found this interesting, you should learn more about the various types of clouds.