An Alzheimer’s drug could spell the end of fillings after scientists discovered that it causes teeth to regrow dentite, potentially repairing cavities from the inside out. 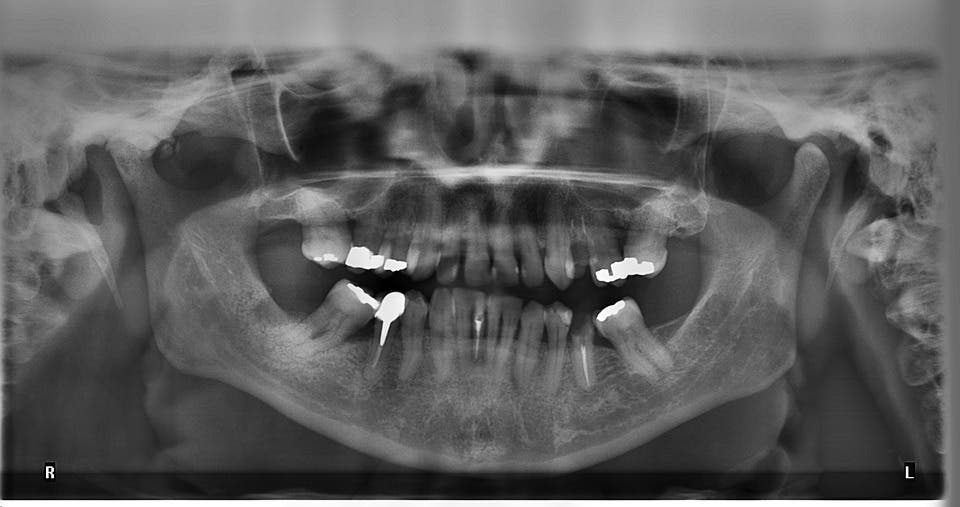 King’s College, London researchers have found that Tideglusib, a drug investigated as a potential Alzheimer’s cure, stimulates the stem cells in teeth’s pulp so they construct new dentine — the mineralized layer under enamel. Teeth can naturally regrow dentine, but only if the pulp — the soft squishy bit inside the tooth — becomes exposed. Even so, they can only regrow a very thin layer, enough to protect the pulp but not enough to form a workable tooth. Tideglusib switches off an enzyme known as GSK-3 which inhibits the further formation of dentine.

The team showed that by soaking a biodegradable sponge with the drug and inserting it into a cavity, it triggers the growth of dentine and repairs the damage within six weeks.

“The simplicity of our approach makes it ideal as a clinical dental product for the natural treatment of large cavities, by providing both pulp protection and restoring dentine,” said Professor Paul Sharpe of the Dental Institute, KCL and lead author of the study.

“In addition, using a drug that has already been tested in clinical trials for Alzheimer’s disease provides a real opportunity to get this dental treatment quickly into clinics.”

Dentists currently treat cavities by filling them with artificial cements or calcium and silicon-based products. While fillings are very effective way of repairing large cavities, these materials don’t disintegrate so the tooth can’t regenerate its mineral layers. They’re also porous, fostering infection, and often need to be replaced quite a few times. In both cases, dentists have to remove an area larger than what is affected, then fill it back up. After a few such treatments, the tooth may need to be extracted.

Tideglusib offers a novel alternative that could represent a big step-up in dental care. Motivating our teeth to heal themselves would not only remove the issues associated with fillings, but create a less intrusive option for treatment. A laser method that can help regenerate dentine was developed a few months ago but is comparatively more invasive than the Tideglusib. As dental phobia is still very common, such a treatment would do wonders for patients who would otherwise have to overcome a lot of anxiety to go to the dentist’s.

The drug was shown to “fill the whole injury site” in mouse trials, and it been proven safe for human use in clinical trials with Alzheimer’s patients. So we might be seeing it in dentists’ offices pretty soon.

The full paper “Promotion of natural tooth repair by small molecule GSK3 antagonists” has been published in the journal Scientific Reports.