Ancient people conquered the Tibetan plateau, one of the most inhospitable areas in the world, over 30,000 years ago — much earlier than was previously believed. 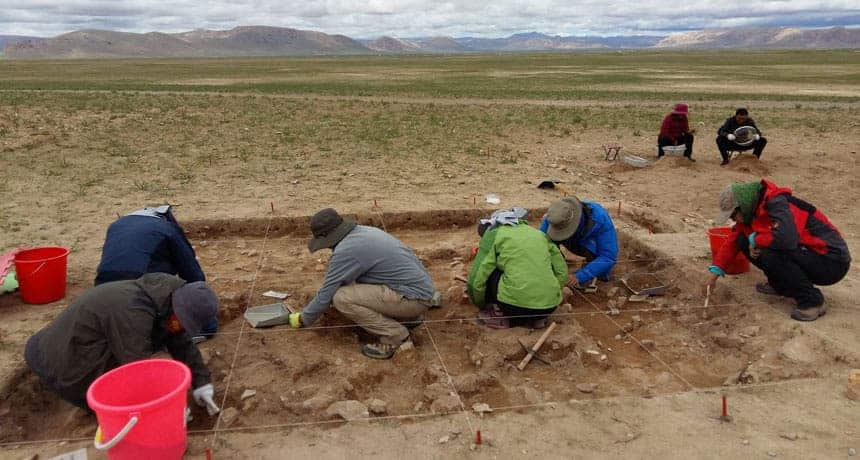 Excavations at this site on the Tibetan Plateau indicate that people inhabited this high-altitude region between 40,000 and 30,000 years ago, much earlier than previously thought. Image credits: Institute of Vertebrate Paleontology and Paleoanthropology (IVPP), Chinese Academy of Sciences

Living in Tibet isn’t easy nowadays — it must have been hellish 300 centuries ago. Yet for some reason, ancient people decided to settle down there, a new archaeological dig has revealed. And by there, I mean 4,600 meters (15,000 feet) above sea level.

“With an average elevation of about 4000 m above sea level and an average annual temperature close to the freezing point of water, and with only half the concentration of oxygen as at sea level, it is not hard to see why it was such a challenge,” researchers write in their study.

Archaeologist Xiaoling Zhang of the Chinese Academy of Sciences in Beijing and her colleagues excavated the archaeological site Nwya Devu, discovering a whopping 3,683 stone artifacts made from local, high-quality rock. The site wasn’t continuously inhabited. Soil layers where the artifacts were discovered suggest three periods of occupation: from about 40,000 to 30,000 years ago, then from roughly 25,000 to 18,000 years ago, and finally from around 13,000 to 4,000 years ago. Zhang suspects that the site may have been a workshop of sorts, where people would carve tools from readily available, sturdy rock. 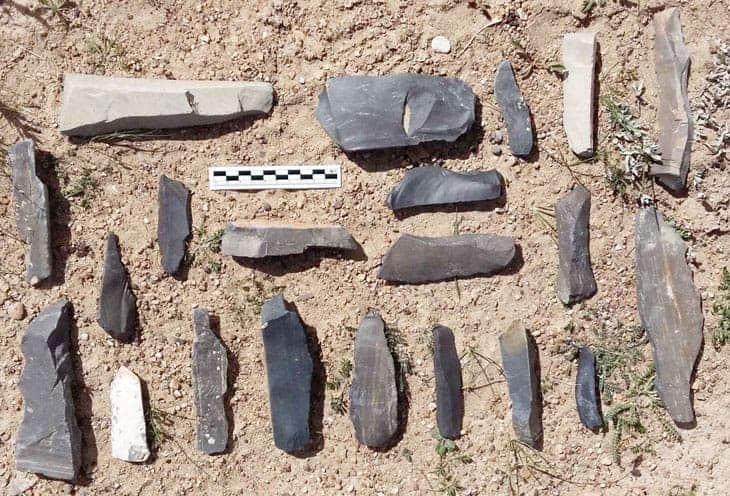 Stone implements such as these, unearthed around 4,600 meters above sea level in East Asia, help to make a case that Stone Age people lived at high-altitudes. Image credits: IVPP.

In addition to carving tools, the site may have been a good place to seasonally hunt for gazelles and yaks. It may be that these populations didn’t really settle on the plateau, and only spent several months there each year. With their insulating fur and rich meat, yaks would have especially been a prey worthy of the effort.

Those people who inhabited the site may have gotten a bit of genetic assistance from interbreeding with a Neanderthal-like human race called the Denisovans. From this interbreeding, they may have inherited a gene variant for coping with high-altitude oxygen deprivation — a gene that is still carried today by the inhabitants of the Tibetan Plateau.

This is not only the first evidence of humans living on the Tibetan Plateau but also the earliest record worldwide for humans living at high altitude.

The study “The last of Asia conquered by Homo sapiens” has been published in Anthropology.