To make things even better — it wasn’t built by humans, but rather by an extinct species of hominins called Denisovans. 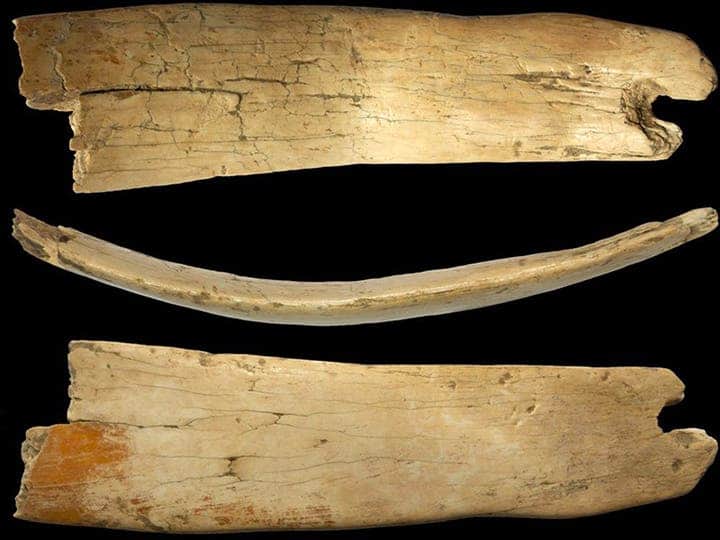 This is perhaps the oldest tiara in the world. Image credits: Novosibirsk Institute of Archeology and Ethnography.

In the 18th century, a Russian hermit named Denis lived in a remote cave in the Altai Mountains, near the border of Russia, China, and Mongolia. Little did Denis know that he would lend his name not only to the cave but also to a new subspecies of humans — for in the 1970s, archaeologists discovered evidence of ancient hominins inhabiting the cave, from 100,000 to about 30,000 years ago.

Not that much is known about the Denisovans, especially compared to modern humans or Neanderthals, but we do know that they interbred with humans and Neanderthals and had at least a comparable level of development to these groups. Now, a new archaeological dig has uncovered an extremely unusual artifact: a tiara.

The tiara was built from wooly mammoth ivory and judging by its size, it was probably designed for a man.

There is a hole in the rounded end of the tiara, where presumably, a cord was threaded to tie the tiara at the back of the head. This finding suggests that Denisovans produced and wore tiaras for thousands of years, says Alexander Fedorchenko, from Novosibirsk Institute of Archeology and Ethnography.

“Finding one of the most ancient tiaras is very rare not just for the Denisova cave, but for the world. Ancient people used mammoth ivory to make beads, bracelets and pendants, as well as needles and arrow heads”, said Fedorchenko. “The fragment we discovered is quite big, and judging by how thick the (strip) is, and by its large diameter, the headband was made for a big-headed man.” 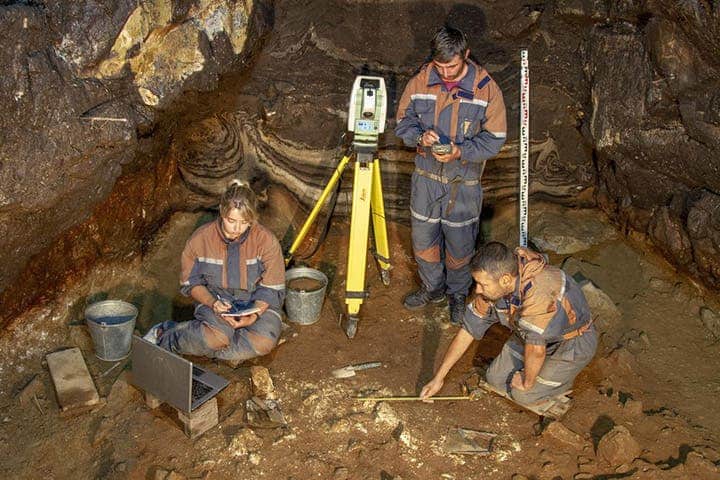 Archaeologists note the exact position where the tiara was found. Image credits: Novosibirsk Institute of Archeology and Ethnography.

Scientists discovered the remarkable object during the summer, and it’s not the first ivory object found in the cave. Overall, some 30 pieces have been uncovered, including various types of beads, three rings, parts of bracelets and arrowheads. However, the tiara is an extremely rare find, and the technique required to produce it was quite complex.

“Mammoth ivory plates were first thoroughly soaked in water to become more ductile and not crack during processing, and then they were bent under a right angle,” Fedorchenko explains.

“Any bent object tends to return to their original shape over time. This is the so-called memory of the shape effect. We must remember this while trying to judge the size of the head of the tiara’s owner by its diameter.”

Even after all these years and wear and tear, the tiara still retains a distinct and raw beauty. It’s unclear exactly what its purpose was, though archaeologists speculate that it could have been used to keep the wearer’s hair out of the eyes or to denote status and act as a ‘noble’ passport.