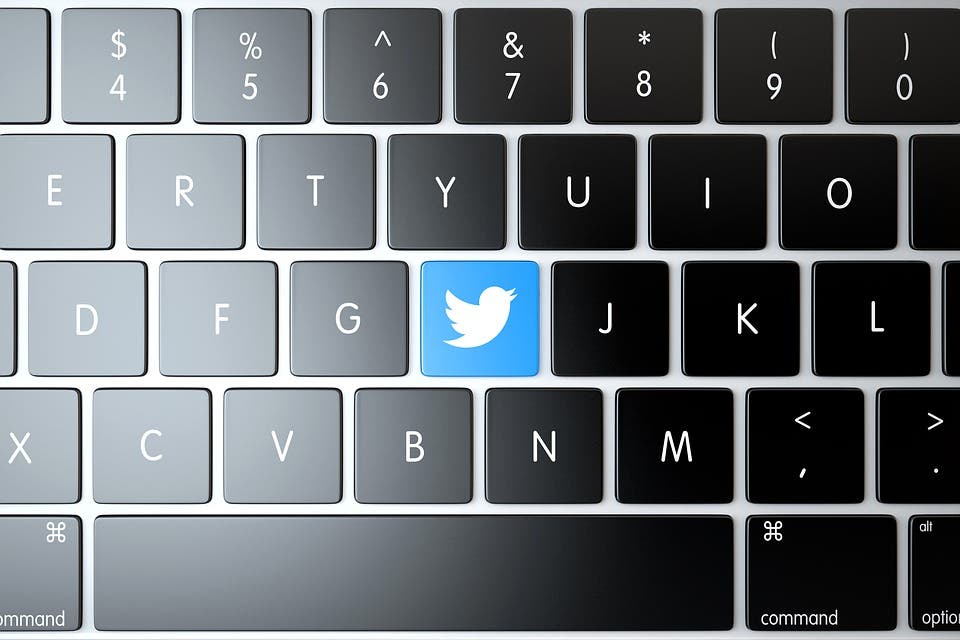 How does one glean insight into the human mind? One method is to look at tweets. Many tweets. Some 800-million tweets, judging by a novel study. The paper, published by University of Bristol researchers studied thinking behaviors by analyzing over seven billion words tweeted by Britons throughout the day over the past four years — and report that two main factors influence how we think throughout the day.

“The analysis of media content, when done correctly, can reveal useful information for both social and biological sciences,” said Nello Cristianini, Professor of Artificial Intelligence and lead researcher. “We are still trying to learn how to make the most of it.”

The team of researchers, with a strong background in both artificial intelligence (AI) and medicine, used AI software to analyze aggregated, anonymized UK Twitter content to understand how our minds work. The material was sampled every hour over the course of four years across 54 of the UK’s largest cities.

The researchers tracked the use of specific words, associated with 74 psychometric indicators, across the sample — which they then used to interpret the underlying thinking style. The results suggest that our thinking patterns change throughout the day, and follow a roughly 24-hour cycle.

Although they tracked 73 different psychometric qualities, the team found that it all boiled down to two independent factors that explain most of the variation seen in the dataset.

The first pattern of thought, the team reports, is a more analytically-inclined one. It seems to peak at around 5 to 6 am. Tweets sent out around this hour used words and an overall language style previously shown to correlate with more logical patterns of thought. They included a high ratio of nouns, articles, and prepositions, which the team notes have previously been linked to intelligence, academic performance, and education.

During these hours, people also showed increased concern with achievements and power.

In the evenings and during the night, however, the pattern flips. It becomes more emotional and takes on existential tones. It’s a more impulsive, social, and emotionally-heavy mode, and its expression peaked at around 3 to 4 am, the team reports. The algorithm the team employed found that during this interval there was heavy language correlated with existential concerns — but negatively correlated with expression of positive emotions.

The team notes that these shifts also occur during times associated with major changes in neural activity and hormonal levels — which would suggest that they’re tied to the workings of our circadian clock. Finally, they report that a user’s cognitive and emotional states could be reliably predicted over a 24-hour period.

The paper is awaiting publishing in the journal PLOS ONE. Materials via University of Bristol.

A recent study, described in the Sept. 17 edition of the Proceedings of the National Academy of Sciences and co-authored by postdoctoral fellow Steven Frankland and Professor of Psychology Joshua Greene, takes a look at exactly how the human brain creates new thoughts. According to the researchers:

The brain forms new thoughts using two adjacent brain regions that are the cornerstone of the process, like a sort of conceptual algebra similar to the workings of silicon computers that represent variables and their changing values. 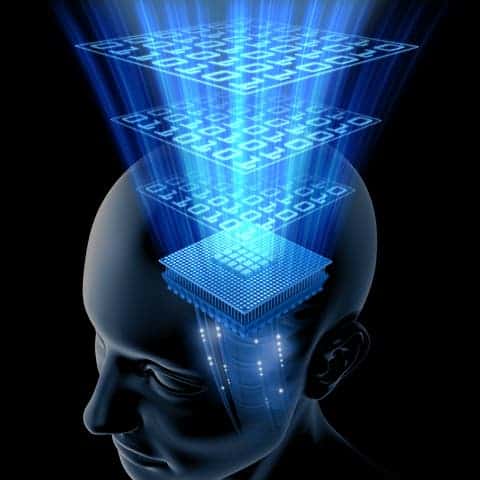 “One of the big mysteries of human cognition is how the brain takes ideas and puts them together in new ways to form new thoughts,” said Frankland, the lead author of the study. “Most people can understand ‘Joe Biden beat Vladimir Putin at Scrabble’ even though they’ve never thought about that situation, because, as long as you know who Putin is, who Biden is, what Scrabble is, and what it means to win, you’re able to put these concepts together to understand the meaning of the sentence. That’s a basic, but remarkable, cognitive ability.”

Simple – but how are such thoughts put together? One theory holds that the brain does this by representing conceptual variables — answering recurring questions of meaning such as “What was done?” and “Who did it?” and “To whom was it done?” This way, a new idea or thought can be built around the information our brain receives. So “Biden beats Putin in Scrabble” gets processed by making “beating” the value of the action variable, adding “Biden” as the agent variable, and “Putin” the patient variable – What, by Who, to Whom? Frankland and Greene’s pioneering work is the first to point to specific regions of the brain that encode such mental syntax.

“This has been a central theoretical discussion in cognitive science for a long time, and although it has seemed like a pretty good bet that the brain works this way, there’s been little direct empirical evidence for it,” Frankland said.

To identify the regions, Frankland and Greene used functional magnetic resonance imaging (fMRI) to scan students’ brains as they read a series of simple sentences such as “The dog chased the man” and “The man chased the dog.” They crunched the data and came up with algorithms that they used to identify patterns of brain activity that corresponded to “dog” or “boy.”

Importantly, Frankland added, the brain appears to reuse the same patterns across multiple sentences, implying that these patterns function like symbols.

“So we might say ‘the dog chased the boy,’ or ‘the dog scratched the boy,’ but if we use some new verb the algorithms can still recognize the ‘dog’ pattern as the agent,” he said. “That’s important because it suggests these symbols are used over and over again to compose new thoughts. And, moreover, we find that the structure of the thought is mapped onto the structure of the brain in a systematic way.”

And it’s this ability to use and reuse concepts to formulate new thoughts that make our thought processes unique, and immensely powerful and adaptable.

“This paper is about language,” Greene said. “But we think it’s about more than that. There’s a more general mystery about how human thinking works.

“What makes human thinking so powerful is that we have this library of concepts that we can use to formulate an effectively infinite number of thoughts,” he continued. “Humans can engage in complicated behaviors that, for any other creature on Earth, would require an enormous amount of training. Humans can read or hear a string of concepts and immediately put those concepts together to form some new idea.”

Unlike models of perception, which put more complex representations at the top of a processing hierarchy, Frankland and Greene’s study supports a model of higher cognition that relies on the dynamic combination of conceptual building blocks to formulate thoughts.

“You can’t have a set of neurons that are there just waiting for someone to say ‘Joe Biden beat Vladimir Putin at Scrabble,’ ” Greene said. “That means there has to be some other system for forming meanings on the fly, and it has to be incredibly flexible, incredibly quick and incredibly precise.” He added, “This is an essential feature of human intelligence that we’re just beginning to understand.”

The common saying “think before you speak” is often used after a person spoke something inappropriate. It implies that the person in question has not given enough thought to the consequences of his spoken words. Obviously we can’t speak without thinking, though, so naturally the question arises: how do we plan out our utterances? Researchers at the Max Planck Institute for Psycholinguistics in Nimwegen sought to answer this question. Their findings suggest that the temporal coordination of thought and speech depends on the situation, namely on how complex it is. If the situation requires simple descriptions and dialogue, the speaker will in most cases plan the utterances in advances, while in the case of a more complex speech, the speaker will start with an initial portion pre-planned and improvise on the go.

Antje Meye and her colleagues at MPI were particularly interested in how the thoughts we want to express in speech become gradually formed, and most importantly if this process, once found, is the same in all situations and for all individuals.

A strategy for planning your thoughts

To see how far in advance someone plans his speech, the researchers devised an experiment. Study participants were asked to describe various scenes, like those comprised of an “agent” figure (for instance a girl that is shown performing an action) and a “patient” (a boy that undergoes the action). While they described the scene, the participants were recorded to later decode speech signals and had an eye movement camera strapped on. This approach is based on the general principle that we usually direct our gaze where there is something “important” to be seen, that is, for example, the person performing an action, about whom we would like to speak. Knowing when a speaker directs his attention towards an object of interest, scientists can infer that this is the moment the subject begins to form related thoughts, selects corresponding words from memory and begins his speech.

So how do we plan our speech? Previously there have been two proposed hypotheses:

A third possibility considered, this time, by the MPI researchers is that speakers do not use either of these strategies consistently and that their speech planning depends on the difficulty of the task to be completed.  To determine whether or not this is true, the scientists presented subjects with scenes of various complexity; some images were very easy to recognize from the head-go, while others required a bit more thought. The test subjects were not given any specific instructions regarding the nature and length of the descriptions.

Proportion of fixations (gazes) on the agent (person acting) and patients (object of the action) when describing simple situations (a) and more complex situations (b). In the case of simple situations, the spoken utterance begins slightly later than in complex ones (vertical line in the graphs) because the speaker plans further in advance in the first case. © MPI for Psycholinguistics

The graph above shows which proportion of all gazes is directed at the agent (black) and the patient (grey) for each point in time from the commencement of the image. The utterances began after around 1.8 to 2 seconds. In general, the test subjects tend to view the agent initially rather than the patient. However, when the action was easy to describe  , the preference for the agent was not very marked.

This suggests that people, when confronted with a simple situation, will begin by establishing an overview of the events  (looking both at agent and patient), then form a thought pattern. In contrast, when the action was more difficult to describe, the test subjects tended to limit themselves to looking at the person performing the action before the start of the utterance.

This and other evidence tells us that there isn’t one governing planning strategy, rather a more flexible approach depending on the situation is used. Therefore, we can plan our utterances in different ways and think in advance to various extents.

The implications of the findings are important for studies of linguistics and psycholinguistics, particularly  the extent to which the structure of language influences thinking. The study was made with the help of participants who are Dutch speaking natives. In Dutch, like in German or English, the agent is named first and then the action. In some langues like Tzeltal, which is spoken in Mexico and Tagalog, which is spoken in the Philippines,  the verb is placed at the beginning of the sentence. Considering the MPI findings, it’s assumable that people speaking these kind of languages  differ considerably in their approach to planning units. The MPI researchers in Nimwege plan on investigating these language patterns in the future, in hope that armed with more thorough empirical insight, the psycholinguists can better explore how language and thinking are related to each other.