Evidence of drowned remnants of an ancient microcontinent have been found in sand grains from the beaches of a small Indian Ocean island, according to a new research. 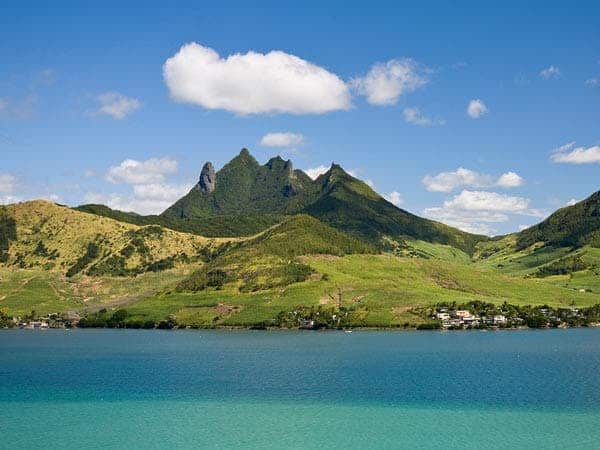 This evidence was found in Mauritius, a volcanic island 900 kilometres east of Madagascar which serves as an exotic destination for many tourists. Basaltic rocks from the island have been dated to approximately 9 million years ago, but now, an international research team analyzed the beaches and found fragments of zircon that are much older, between 600 million and 2 billion years old.

Bjørn Jamtveit, a geologist at the University of Oslo explained that the zircons had crystallized within granites or other acidic igneous rocks (basalts being basic, non acidic). He believes that rocks containing these minerals came from a long-submerged landmass that was once wedged between India and Madagascar in a prehistoric supercontinent known as Rodinia; geologically recent volcanic eruptions brought the rocks up to the surface, where they were eroded, resulting in the shards they picked up. Most of the rocks were melted by the high temperatures, but some grains of zircons survived and were frozen into the lavas, rolling towards the Mauritian surface.

“When lavas moved through continental material on the way towards the surface, they picked up a few rocks containing zircon,” study co-author Bjørn Jamtveit, a geologist at the University of Oslo in Norway, explained in an email. 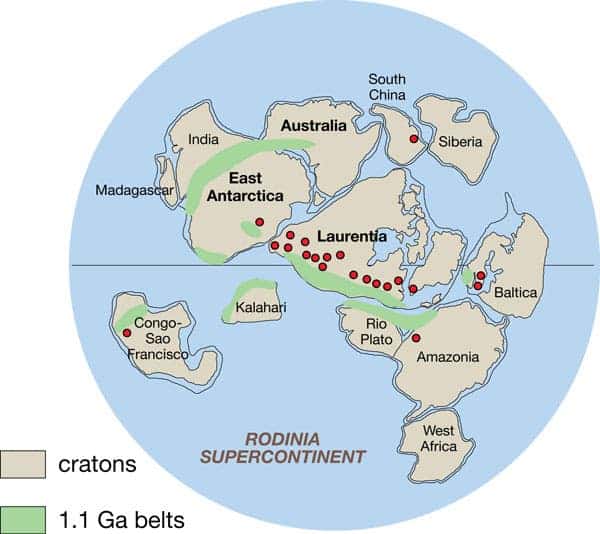 The tectonic plates are mobile in geologic time – the surface of the Earth didn’t always look like this. As a matter of fact, the further down you go on the time scale, the more different it looks like. According to plate tectonic reconstructions, Rodinia existed between 1.1 billion and 750 million years ago; virtually all of the Earth’s landmass was concentrated in this single supercontinent which started to split 3/4 billion years ago.

The study also analyzed the gravity field and as it turns out, something really interesting happened to the remains of Rodinia in that area. As India and Madagascar began to drift apart some 85 million years ago, the landmass just sinked, Atlantis style. The cause was tectonic rifting and sea-floor spreading sending the Indian subcontinent surging northeast, sinking the fragments of Mauritia (how the researchers named this microcontinent).

The variations in the gravitational field observed in some areas in Mauritius, the Seychelles, and the Maldives is pretty much a smoking gun suggesting a thick crust supporting the long-lost continent theory, with the continent being “tucked” under the Indian Ocean. 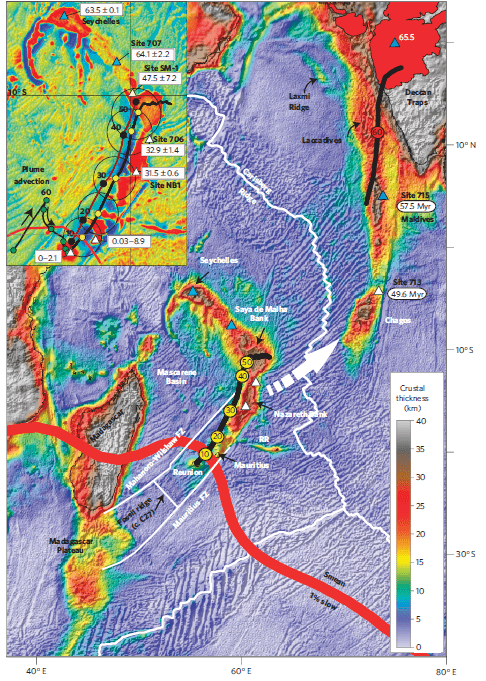 The only weak point, is that the study, thorough as it is, relies mostly on those zircons; couldn’t they be just some sort of non-geologic accident?

“There’s no obvious local source for these zircons,” says Conall Mac Niocaill, a geologist at the University of Oxford, UK, who was not involved in the research.

It also doesn’t look like they were brought there by winds.

“There’s a remote possibility that they were wind blown, but they’re probably too large to have done so,” adds Robert Duncan, a marine geologist at Oregon State University in Corvallis.

Also, the samples were picked up from remote sites, where it’s quite unlikely that humans would have brought them there. However, Jérôme Dyment, a geologist at the Paris Institute of Earth Physics in France, is not convinced. He believes that a number of non-geologic processes could have brought the minerals there, as part of ship ballast or modern construction material for example.

“Extraordinary claims require extraordinary evidence, which are not given by the authors so far,” said Dyment, who did not participate in the research. “Finding zircons in sand is one thing, finding them within a rock is another one … Finding the enclave of deep rocks that, according to the author’s inference, bring them to the surface during an eruption would be much more convincing evidence.”

He makes an even more convincing argument, explaining that if remains of such a continent were to exist, evidence for its existence should have been found as part of an ongoing experiment that installed deep-sea seismometers to investigate Earth’s mantle around Réunion Island, which is situated about 200 kilometers from Mauritius.

So is this compelling evidence, or is it more of an educated assertion? But Conall Mac Niocaill, a geologist at the University of Oxford in the U.K. who was also not involved in the study, is spot on: “the lines of evidence are, individually, only suggestive, but collectively they add up to a compelling story.”, he says. Particularly, the geophysic (gravimetric) evidence is highly consistent with the researchers’ claims. All in all, it paints a consistent picture which makes sense in a tectonic context, but as almost always in geology, you can’t just draw a line and say “This is so”; one thing’s for sure though: oceanic basins worldwide may very well host similarly submerged remains of “ghost continents”.

I’ve recently wrote a few post about tectonic plates, the latest being the one with the next supercontinent which will form some 100 million years from now – Amasia. After this, I’ve received a lot of questions about tectonic movements and how the surface of our planet chances in geologic time periods; seeing people interested in this made me really happy, and while I do my best to explain as simple as I can, I find it really hard to illustrate the tectonic and climatic changes, among others.

This is why I’m suggesting this resource, for anybody interested in finding out more: the PaleoMap project, which gives a pretty good explanation on those issues, illustrating the movements, as well as major geological events. So, while I encourage any questions you might have, I recommend giving a look or two to that website.

Amber is not very common, but you can’t say it’s really uncommon either. Bugs in amber – that’s rare, but a huge “stash” such as the one that was found in India – that’s really something out of this world. The bug “collection” that was unearthed seems to suggest that the Indian continent was not really as isolated as previously thought. The findings were published in PNAS (Proceedings of the National Academy of Sciences).

“We know India was isolated, but … the biological evidence in the amber deposit shows that there was some biotic connection,” says David Grimaldi, curator in the Division of Invertebrate Zoology at the [American Museum of Natural History].

Here’s your basic tectonic for you: as you (should) know, the continents looked quite differently 150 million years ago than they do now. Back then, the Indian plate had just separated from the African one and started a journey towards Asia that would last 100 million years, during which the Indian subcontinent was quite isolated from the rest of the world. The fact that it was isolated allowed it to develop some unique and interesting species, including bugs such as the one in the pictures, that lived some 50 million years ago.

“The amber shows, similar to an old photo, what life looked like in India just before the collision with the Asian continent,” says Jes Rust, professor of Invertebrate Paleontology at the Universität Bonn in Germany. “The insects trapped in the fossil resin cast a new light on the history of the sub-continent.”

Many arthropodes are very similar to the ones found in Asia at the time, which leads to the logical conclusion that the two continents had some sort of connection even before they united. The other possibility would rock the scientific world even more, because it could only suggest that the two plates merged earlier than believed.

“They are so well preserved. It’s like having the complete dinosaur, not just the bones. You can see all the surface details on their bodies and wings. It’s fantastic,” Rust told the Guardian.

Just so you can make an idea about how big of a finding this is, it weighs around 150 kilograms and it is about 52 million years old. Not only do the insects give extremely valuable clues, but the amber itself has something to say. The original resin came from a tropical tree family called Dipterocarpaceae that today makes up about 80 percent of forest canopies in Southeast Asia, which makes the tree family and tropical forests in general twice as old as previously believed; and just think, all this, all of this amazing information can be taken from insects trapped in amber !

“The evidence is beginning to accumulate that tropical forests are ancient,” Grimaldi said. “They probably go back to right after the K-T boundary,” between the Cretaceous and Tertiary periods 65 million years ago, when non-avian dinosaurs went extinct.