The health benefits of meditation might seem unexpected, but they’ve been documented by a wealth of studies. Now, a meta-analysis (a study of studies) looked at evidence from 18 trials including 846 participants, finding clear benefits of “mind-body practices,” even more than we thought.

The case for meditation seems to be getting stronger and stronger. Image credits: Pexels.

It’s important to note that “mind-body practice” is an umbrella term used for a large and diverse group of techniques which includes unproven practices such as acupuncture. This study specifically looked at Tai Chi and meditation. Research has already shown that meditation can work as a painkiller, sometimes with stunning efficiency.

Ivana Buric, a psychologist at the Coventry University’s Brain, Belief and Behaviour lab, reports that despite complex results and despite a greatly varying quality of different studies, she found an overall pattern to previous research on meditation and Tai Chi. Basically, they work to reduce the activity of genes related to inflammation. It worked particularly well on genes controlled by a protein called NF-ĸB. NF-ĸB  is found in almost all animal cell types and is involved in cellular responses to stimuli such as stress or pathogens. It plays a key role in dealing with infections, and improper functioning of the protein has been correlated to many conditions, such as cancer, inflammatory and autoimmune diseases.

Since inflammation is one of the body’s first line of defense, it’s not always a bad thing to have — after all, it’s technically a protective response. However, too much of it can cause massive damage in the body — especially in the long term. To make things even worse, as anyone suffering from chronic inflammation can tell you, it hurts really bad.

The bottom line is, no one enjoys living with inflammation. A wide variety of anti-inflammation treatments exist on the market, but meditation and Tai Chi have also emerged as unlikely aids. Of course, this is not a replacement for medical treatment, but a useful, healthy activity to complement it.

Steve Cole, a genomics researcher at the University of California, Los Angeles, worked on several of the studies Buric analyzed. He said that her conclusions are “spot on.” However, he also says that more rigorous research is required to solidify the conclusions. There’s also a need for research to see how such techniques work in a greater context, especially when taking into consideration other aspects such as nutrition or lifestyle.

If you’re wondering which technique you should focus on (yoga, meditation, tai chi), the answer is… it doesn’t really seem to matter — at least not in this sense. All of them work equally fine to improve the genetic activity.

This isn’t the first time unexpected benefits of mind-body practices were revealed. In 2014, researchers found positive cellular improvements of meditation and a year before that, a different team showed that even short yoga sessions can be very stimulating to the brain.

A new study conducted on Chinese-American students revealed that Tai Chi is quite effective at battling depression. 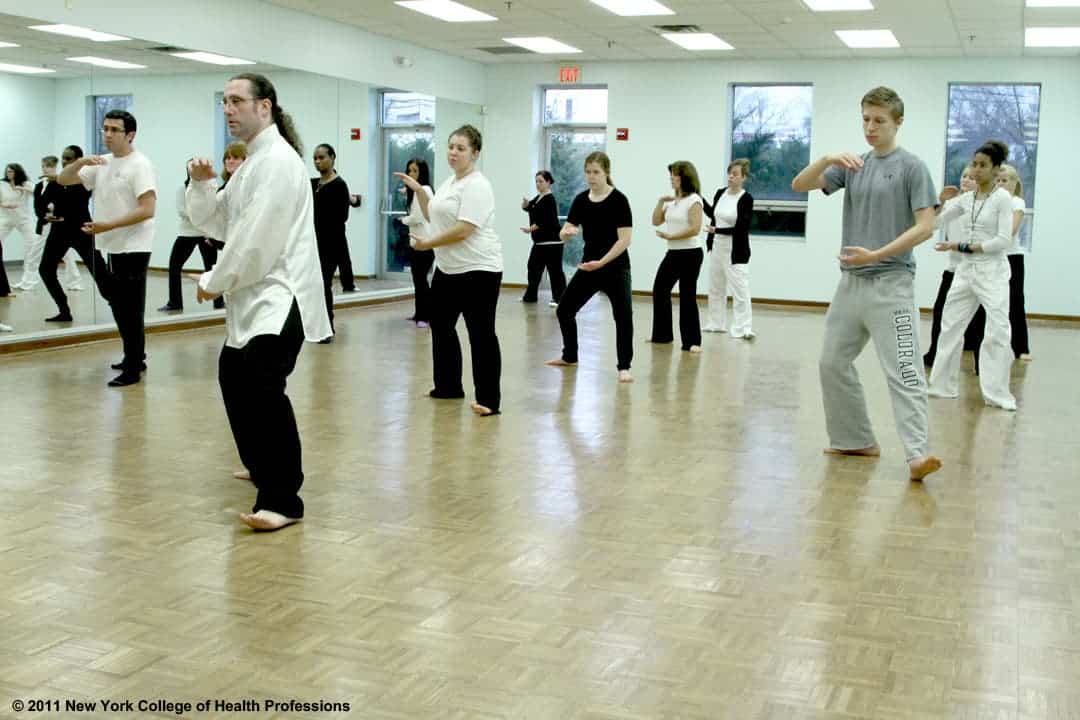 Researchers set up a 12-week program of instruction and practice for the students, splitting all participants into three groups: the first one attended educational sessions which included discussions about stress, mental health, and depression. The second one attended the Tai Chi lessons, while the third was the passive “control” group, which did nothing but wait until the end of the program. All participants had been diagnosed with mild to moderate depression and did not take any drugs or medicine for the entire duration of the study. Following the 12-week program, they reported to follow-up assessments for 24 weeks.

Researchers found that even without any medicine, Tai Chi participants reported a significant reduction in depression symptoms and an overall improved mood.

“While some previous studies have suggested that tai chi may be useful in treating anxiety and depression, most have used it as a supplement to treatment for others medical conditions, rather than patients with depression,” explains Albert Yeung, MD, ScD, of the Depression Clinical and Research Program in the MGH Department of Psychiatry, lead and corresponding author of the report.

Aside from doing training together, participants were also asked to train at home three times a week and document their practice. After the observation period, participants in the control and talk group were also encouraged to join Tai Chi, though their development wasn’t thoroughly recorded.

Researchers say their results are particularly significant because Tai Chi is so popular, especially in some communities. While there was anecdotal evidence of the martial art helping against mental disorders, this is the first study to document it.

“Finding that tai chi can be effective is particularly significant because it is culturally accepted by this group of patients who tend to avoid conventional psychiatric treatment.”

For now, the study was exclusively aimed at Chinese-American participants. There’s no evident reason why the improvements would only apply to them (it’s the draw of Tai Chi that’s particular for this community, not the effects) but researchers decided to take it one step at a time — they started with Chinese-Americans and will then move on to other racial and ethnic groups. They didn’t focus on this particular group only because it was more likely for them to be familiar with Tai Chi and enjoy practicing it, but also because these people often don’t take advantage of modern medicine, especially when it comes to mental issues.

Now, the next step for them is to replicate their findings on bigger groups.