In January 2017, Philadelphia became the second city in the United States to implement a tax on the distribution of sugary and artificially sweetened beverages. Two years later, the tax is believed to have taken 83 million cans of soda off the streets — the equivalent of 28 million kgs of sugar (62 million pounds). 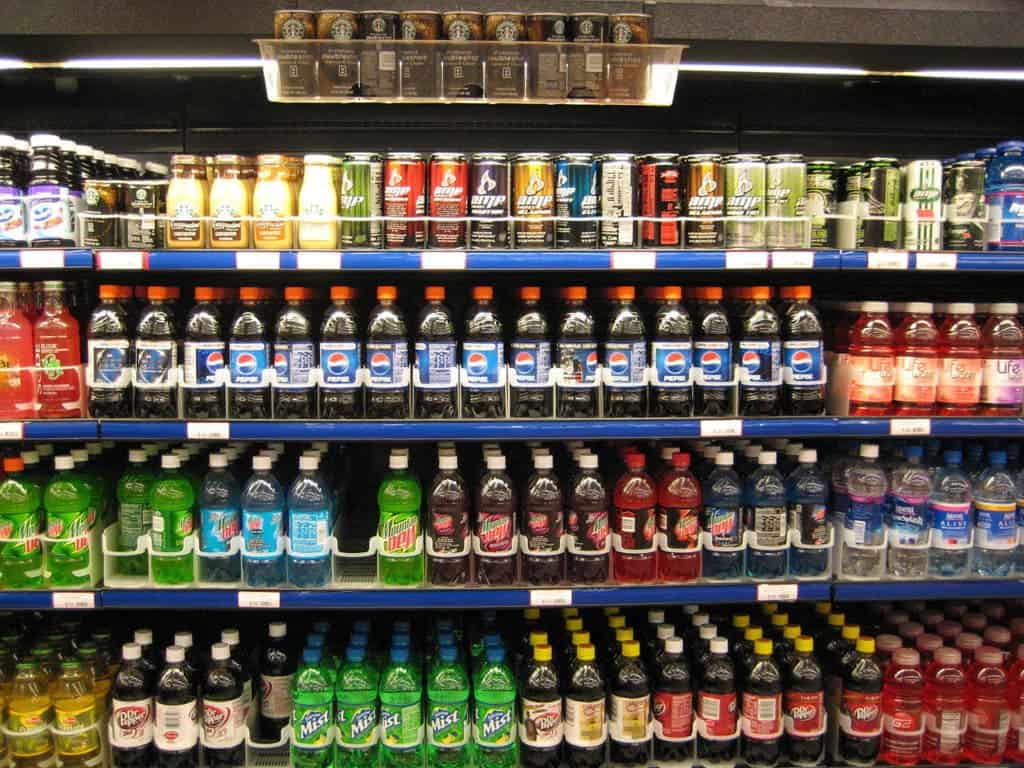 The world is facing an unprecedented health crisis: obesity. Worldwide obesity has nearly tripled since 1975, with more than 1.9 billion adults being overweight, and over 650 million being obese. Most of the world’s population live in countries where overweight and obesity kills more people than underweight, and although obesity is preventable through healthy nutrition and lifestyle, it shows no sign of slowing down.

Sugar is one of the main culprits in the current obesity crisis. There’s sugar in everything, from foods and sauces to sugary drinks, and the world just can’t seem to have enough of it. We’re eating too much sugar and it’s high time to stop this unless we want to deal with absolutely catastrophic consequences.

Sugary drinks are around 5-15% sugar, and contain essentially no nutrients. In other words, when you’re having this type of drink, you’re ingesting water and sugar, with no benefits. There is a mountain of science connecting sugary drink consumption to long-term health issues such as obesity and diabetes.

Health scientists and economists have long advocated for a sugary drink tax and, in 2017, Philadelphia took action.

“Taxing sugar-sweetened beverages is one of the most effective policy strategies to reduce the purchase of these unhealthy drinks. It is a public health no-brainer and a policy win-win,” said first author Christina A. Roberto, PhD, an assistant professor of Medical Ethics & Health Policy in the Perelman School of Medicine at the University of Pennsylvania. “It’s likely to improve the long-term health of Philadelphians, while generating revenue for education programs in the city of Philadelphia.”

The city implemented a 1.5-cents-per-ounce tax (50 cents per liter). The rationale behind the tax was twofold: on one hand, the tax would raise money which would be used for educational and health projects and, on the other hand, the consumption of sugary drinks would drop.

According to Penn Medicine researchers, the consumption of sugary and artificially sweetened beverages dropped by 38% in chain food retailers, one year after the tax was introduced. This was projected to happen, but now there is official confirmation. Overall, between January 2016 and December 2017, there was a 59% reduction in taxed beverage sales at supermarkets, a 40% reduction at mass merchandisers, and a 13%reduction at pharmacies. This wasn’t caused by any external factor —  when researchers looked at sales just outside of Pennsylvania (where the tax was not applied), they found that sales actually increased. In a separate study, researchers also report that unemployment was not affected by the beverage tax, something which the sugary drinks industry claimed would happen.

“Philadelphia’s tax on sweetened drinks led to a huge reduction in sales of these unhealthy drinks one year after it was implemented and generated revenue for thousands of pre-k slots. That’s great news for the well-being of the people of Philly,” Roberto said.

Philadelphia isn’t alone in this endeavor. Several cities in the US (including San Francisco and Boulder) have implemented similar taxes, with similar positive results. However, at the national level, there is still no talk of such a tax in the US. Meanwhile, countries such as Mexico and the UK have implemented a sugar tax and have also reported reduced consumption after the tax.

Although there are some concerns regarding such a tax and there may be significant geographical variations, the overwhelming scientific consensus seems to be that taxing sugary drinks has a positive impact.

Results were published this week in JAMA,

A groundbreaking sugar tax enters into force as of today in the United Kingdom, which joins a handful of other countries which have already introduced similar taxes. 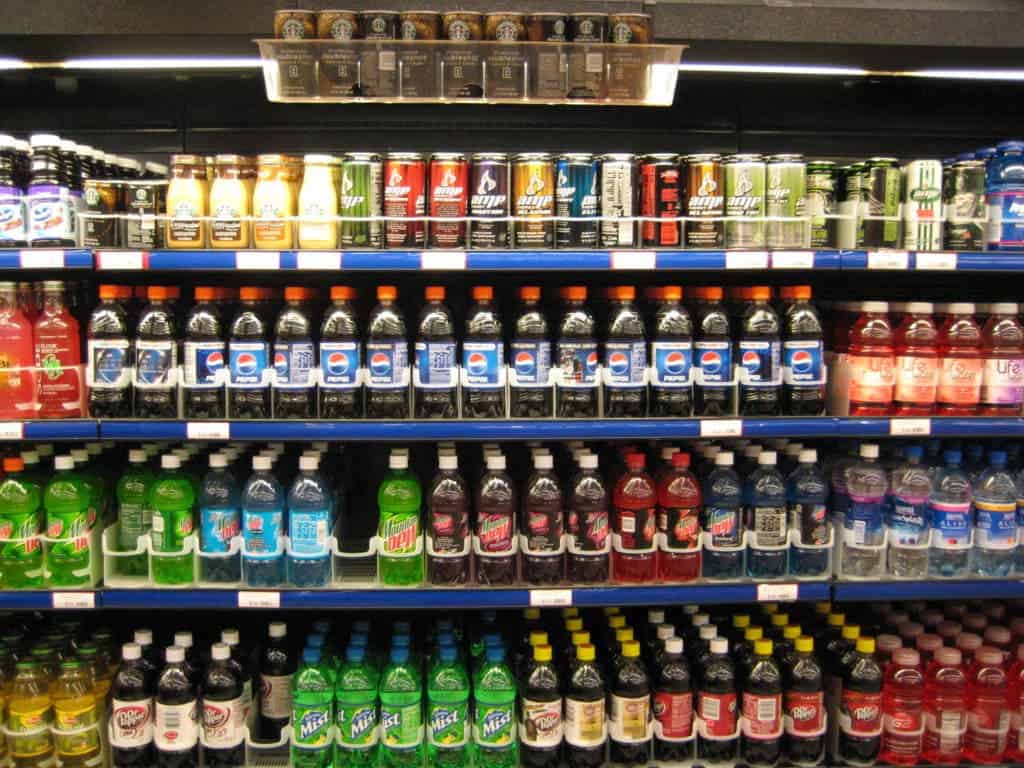 Much more than cavities

Sugar has been linked to a number of health issues. A 2003 World Health Organization (WHO) technical report provided evidence that high intake of sugary drinks (including fruit juice) increased the risk of obesity, and since then, the evidence has piled on. Simply put, eating lots of sugar makes you fat, and if you’re thinking ‘but I don’t really eat that much sugar’ — then think again. Sugar is embedded into a surprisingly large number of processed foods, popping up in most things you’ll find on the shelves. Not least of all, sugar is typically present in large quantities in sugary drinks, and, as a result, sugary drinks are one of the main drivers for obesity in several countries.

Backed by a mountain of scientific evidence, the WHO says that society needs to curb its consumption of sugar to fight the upcoming obesity pandemic — and this is where the sugar tax comes in.

The levy will be applied to manufacturers, and whether they will pass it on consumers or support the tax themselves is up to them. From now on, drinks with a sugar content higher than 5g per 100ml will be taxed 18p ($0.25) per liter, and drinks with 8g or more will be taxed 24p ($0.34). The tax is expected to act on several fronts. Firstly, manufacturers are expected to reduce the sugar content of their products, which many have already started doing (Fanta, Ribena, and Lucozade have cut the sugar content of drinks, but Coca-Cola has not). Secondly, consumers are expected to be somewhat dissuaded by potentially higher prices, and therefore reduce their consumption. Lastly, an expected revenue of £240m ($340) is expected to be raked by the government — that money will be invested in schools sports and breakfast clubs.

However, products such as cakes, biscuits and other foods are not covered by the tax.

Of course, taxes are never popular, and so far reactions have been mixed. Many argue that having a Coke or whatever other sugary drink is a personal choice and shouldn’t be taxed — however, similar taxes have long been applied to alcohol and tobacco (among others) in most parts of the world. Similar taxes have been applied successfully in countries like France, Norway, or Denmark.

It’s important to note that a recent study has shown that the sugar industry was aware of the negative health effects of sugar for decades, but it simply swept them under the rug. Coca-Cola has been under fire since 2015 when emails revealed that funding for scientific studies sought to influence research to be more favorable to soda, and research funded by soda companies is 34 times more likely to find soda has no significant health impacts on obesity or diabetes.