Durian: you gotta love it or hate it. The infamous and divisive Southeast Asian fruit smells a lot like onions and rotten eggs, but despite the unflattering description, durian (Durio zibethinus) certainly has its following. Now, researchers have finished the first complete map of the fruit’s genome which revealed the genes responsible for its distinctive odor. 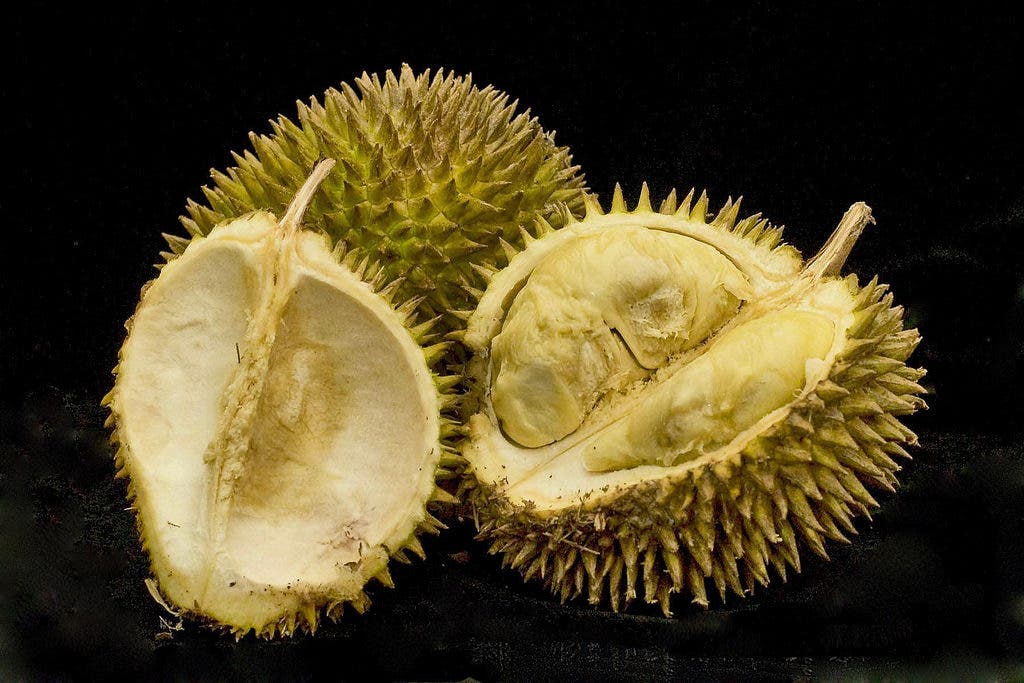 Most Westerners stay away from durian, which they often see as repulsive. Due to its stinkiness, people are banned from carrying the so-called “king of fruits” in many hotels and public transit in Singapore, for instance. The fruit can grow as large as 30 centimeters (12 in) long, 15 centimeters (6 in) in diameter, and typically weighs one to three kilograms (2 to 7 lb).

The team of researchers from Singapore, Hong Kong, and Malaysia collected specimens from around 30 species of the fruit grown in Malaysia, Thailand, and Indonesia. This included the more popular varieties like Musang King, which is unusually bitter, or Monthong, which is the sweeter sort of durian. For each species, the researchers sequenced its genome, identifying around 45,000 genes in the process, twice as many than in the human genome. 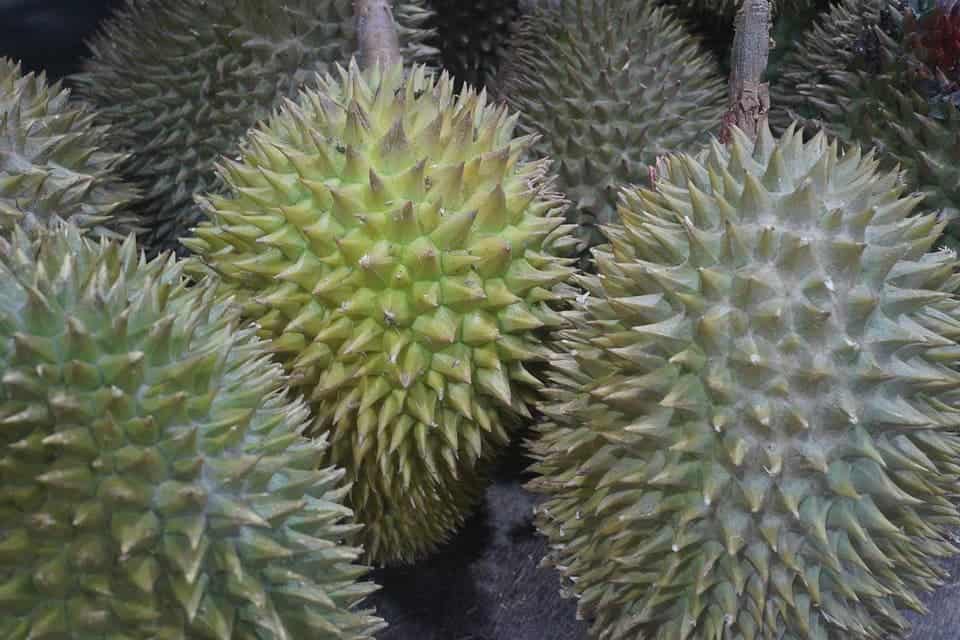 Durian is seen as delicious in Southeast Asia. Credit: Pixabay.

The durian genomes were then compared to those belonging to ten other different fruit-bearing plant species such as cacao (Theobroma cacao). This comparison confirmed that durian shares the most genes with cacao and cotton, which was to be expected seeing how they all belong to the same Malvales family.

According to the paper published in Nature, the distinctive sulfur-and-onion smell is produced by a group of genes called methionine gamma lyases (MGLs), which are associated with pathways that produce sulfur-containing compounds. According to the researchers, the durian plants evolutionary benefited from this strange aroma by attracting animals that dispersed its seeds.

“Our analysis revealed that volatile sulphur production is turbocharged in durians, which fits with many people’s opinions that durian smell has a ‘sulphury’ aspect,” said geneticist Patrick Tan, who co-led the study.

This was the first and most complete genome assembly of durian. Seeing how it’s such an important edible fruit, the findings should greatly improve durian agronomy and might even help scientists breed a durian variety which is far less stinky. Although, let’s be honest, where’s the fun in that? One fan expressed a much better idea on social media: breeding avocado with durian’s odor. “Durian fans will know what I am talking about,” he said.

“The Durio genus comprises more than 30 known species, some of which do not produce edible fruit (for example, Durio singaporensis) and others that are outcompeted in nature and face extinction. Further studies will help to elucidate the ecological roles of these important and fascinating tropical plants,” the authors concluded in their paper.