A recent study performed by researchers working at the University of Oxford, Harvard Medical School and the University of Nevada suggests that the current school and university start times have a damaging effect on the learning and health of students. 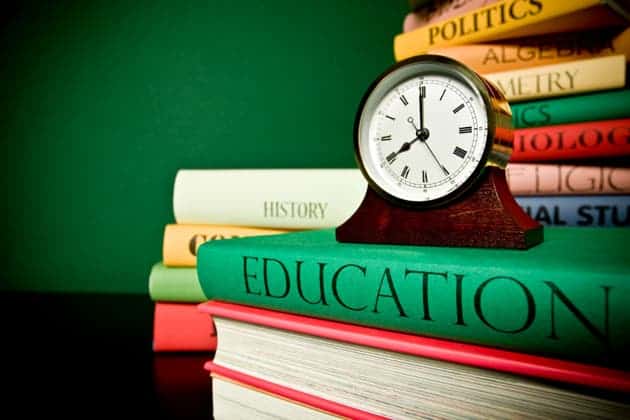 Later starting hours for school and college could lead to better academic results and better overall health for students. It would also be awesome.
Image via xplodemag

Adolescents today face a widespread chronic health problem: sleep deprivation. Although society often views sleep as a luxury that ambitious or active people cannot afford, research shows that getting enough sleep is a biological necessity, as important to good health as eating well or exercising.

Drawing on the latest research in the field of pillow-and-blanket face times, the authors calculated the best time for students to attend courses, sorted by age.

The findings tap into recent insight regarding circadian rhythms -also know as “the body clock“, the mechanism that makes us jet-lagged – and of the genes associated with governing this daily cycle every 24 hours. It tells our body when it’s nappy time and when it’s wakey time, makes us sleepy at night and keeps us pumped up during the day.

Teens are among those least likely to get enough sleep; while they need on average 9 and a 1/4 hours of sleep per night for optimal performance, health and brain development, teens average fewer than 7 hours per school night by the end of high school, and most report feeling tired during the day, acording to Wolfson & Carskadon, 1998.

The main culprits are poor teen sleep habits that do not allow for enough hours of quality sleep; hectic schedules with afterschool activities and jobs, homework hours and family obligations; and a clash between societal demands and biological changes that put most teens on a later sleep-wake clock; during adolescence, our inherent circadian rhythms start to de-synchronize with those imposed by the typical working day – early bird and all that.

Circadian rhythms determine our optimum hours of work and concentration, and they shift almost 3 hours later during this period. These genetic changes in sleeping patterns were used to determine start times that are designed to optimize learning and health.

Adopting later starting times for school and college would help improve both academic performance and students’ health, according to the study. It’s not just wishful teen thinking, either: the US Department of Health has recently published an article in favor of changing the start times for Middle and High Schools.