It’s not like the coronavirus pandemic will make us all talk funny. But according to recent research, even short isolation periods can cause some shifts in the way we shape sounds.

The fact that isolation brings forth new accents is not new. There are numerous examples of isolated populations that started with one accent and ended with another or a different dialect altogether. But even shorter periods of isolation can create micro-accents.

“You can’t hear the differences very well because they are so small,” says Jonathan Harrington, a linguist at the University of Munich and lead author of the study, published in the Journal of the Acoustical Society of America. “But you can measure them.”

The catalyst for change in these very earliest stages of accent formation is thought to be communication density — who talks to whom and how often. Obviously, our communication patterns have changed significantly since the start of the lockdown, but is this sufficient to generate accents?

In order to test how this process happens, Harrington and colleagues recorded the speech of several individuals before and after they spent a few months isolated in the Antarctic as part of the British Antarctic Survey.

“We sought to predict these changes in Antarctica using an agent-based computational model applied to the same individuals’ speech data recorded before they had left for Antarctica. The situation in which Antarctic ‘winterers’ are together for several months is the closest present-day microcosm of former colonial settlement: there is no access to or from Antarctica in winter and the winterers are in regular (spoken) contact with each other,” the study reads.

The study found two types of phonetic changes among volunteers’ vocabulary. The first was a novel one: a phonetically more fronted /ou/, compared to their pre-Antarctica pronunciation. The second was a slight convergence between participants when it came to vowel pronunciation. Researchers predict that the more people spend time together, the more they start talking alike, but the cause of the former change is less clear.

Researchers note that there may also be other factors at play when it comes to explaining these phonetic differences and more research is required to understand how new accents form in isolation. For instance, one of the volunteers’ native language was German, and this may have had a slight effect on the other participants. If you are stuck inside the house for a longer period of time, there is a chance that other peoples’ accent might rub off on you, or that you’ll start to develop new accents altogether — but these changes will almost certainly be imperceptible.

It’s not clear if the changes are temporary.

The study has been published in the Journal of the Acoustical Society of America.

The way language and dialects evolve could be explained using the laws of an unexpected chapter of physics: the behavior of bubbles. 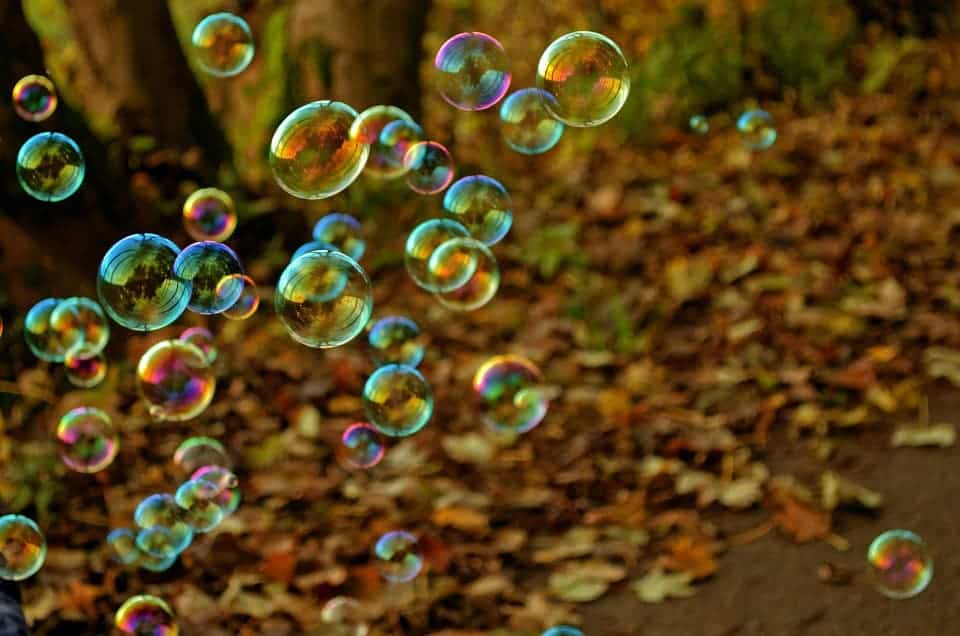 Physics and foreign languages have a lot of similarities: they both string up a bunch letters that us regular folk can’t really make sense of, for example. But the similarities seem to extend to our native tongue as well: new research from the University of Portsmouth shows that equations from physics can become very accurate predictors of where and how dialects appear.

And we’re talking about the best part of physics: bubble physics!

“If you want to know where you’ll find dialects and why, a lot can be predicted from the physics of bubbles and our tendency to copy others around us,” says Dr James Burridge from the University of Portsmout.

In broad lines, Burridge’s theory goes like this: because we’re social animals and like to fit in, we strive to copy the way others around us speak. Since people tend to “remain geographically local in their everyday lives”, Dr Burridge explains, this creates areas where one certain particularity of speech (what we call a dialect) becomes dominant.

Imagine this early step of dialect formation like a foamy bath. There’s a lot of bubbles, but they’re pretty tiny and all mushed up into each other. So these bubbles/dialects start to interact, and here’s where physics gets involved.

“Where dialect regions meet, you get surface tension. Surface tension causes oil and water to separate out into layers, and also causes small bubbles in a bubble bath to merge into bigger ones,” Dr Burridge adds.

“The bubbles in the bath are like groups of people — they merge into the bigger bubbles because they want to fit in with their neighbours.

As small dialect-dominated bubbles come into contact with the ones around them, they’ll tend to merge (align their dialects) with the ones neighboring them. The same happens with the now-bigger bubbles, leading to ever-larger areas where a single dialect imposes itself over the others.

Dialectologists use the term ‘isogloss’ to describe the boundaries between distinct linguistic features, such as dialects. Under Dr. Burridge’s theory, the isoglosses behave like the thin edges of bubbles and, he says, “the maths used to describe bubbles can also describe dialects.” 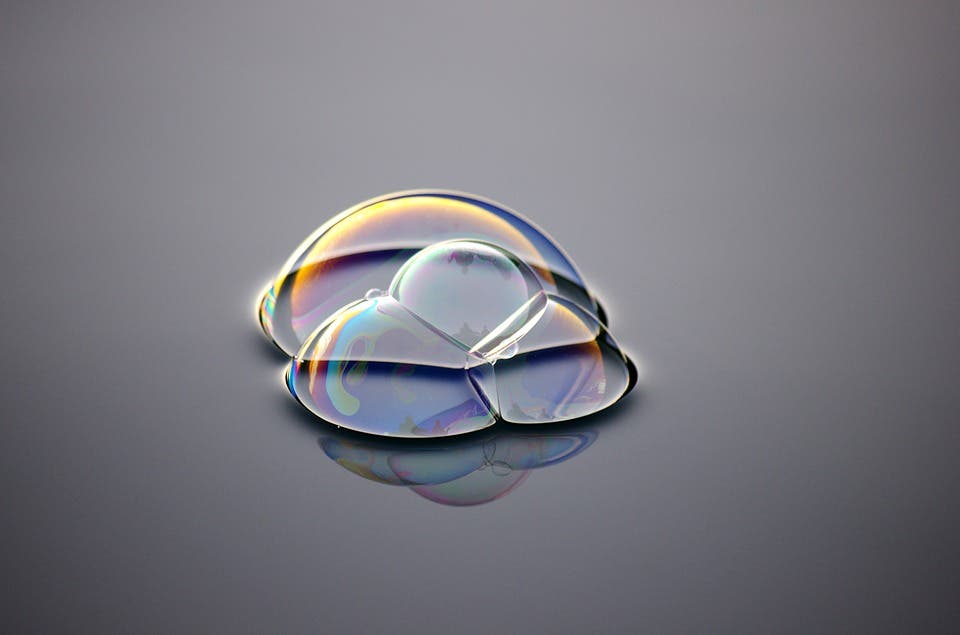 Bubbles merge in your bath because they’re trying to appease surface tension. This is the force of the bulk liquid’s molecules pulling on those forming the surface, trying their best to make the surface/volume ratio as small as possible. Because water molecules tend to stick together (cohesion) much tighter than water and air molecules (adhesion), the liquid’s surface gets put under tension by the force imbalance and gets ‘pulled in’. That’s what makes water in your glass edge up ever so slightly, and why water drops tend to merge.

“My model shows that dialects tend to move outwards from population centres, which explains why cities have their own dialects. Big cities like London and Birmingham are pushing on the walls of their own bubbles. This is why many dialects have a big city at their heart — the bigger the city, the greater this effect, he concludes.”

“If people live near a town or city, we assume they experience more frequent interactions with people from the city than with those living outside it, simply because there are more city dwellers to interact with.

This model also suggests that language boundaries get smoother and straighter over time, explaining why dialects stabilize over time.

The paper “Spatial Evolution of Human Dialects” has been published in the journal Physical Review X.