The scope and destructiveness of Southern California’s wildfires were captured in chilling detail by ESA satellites earlier this week. 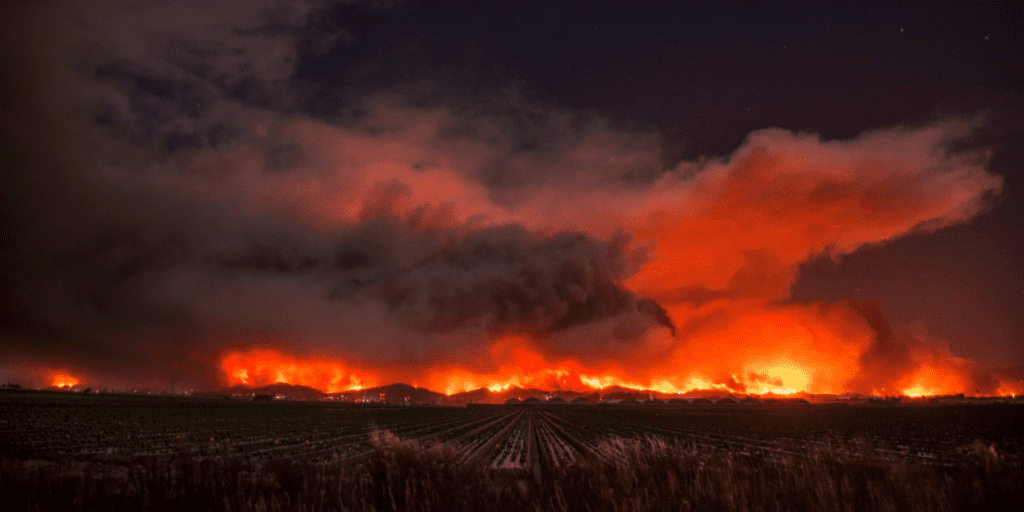 Wildfires have turned large swaths of California into a Mordoresque landscape over the last few months, but flames won’t seem to spare the golden state. Dramatic pictures of the most recent blaze to erupt in Southern California were captured by the European Space Agency’s Sentinel-2 spacecraft on Tuesday, Dec. 5, revealing areas of active fires and a massive burn scar a stone throw’s away from the city of Ventura. Massive burn scar just east of the California city of Ventura, along with areas of active fires.
Image credits ESA.

Sentinel-2’s photo captures billowing smoke rising from the areas of active fires. The same can be seen in another image captured Tuesday by the Moderate Resolution Imaging Spectroradiometer (MODIS) instrument aboard the Terra satellite operated by NASA. MODIS took a wider view than the instruments on Sentinel-2, showcasing the tsunami of smoke flowing west, from Ventura and north Los Angeles’s hills into the Pacific Ocean. 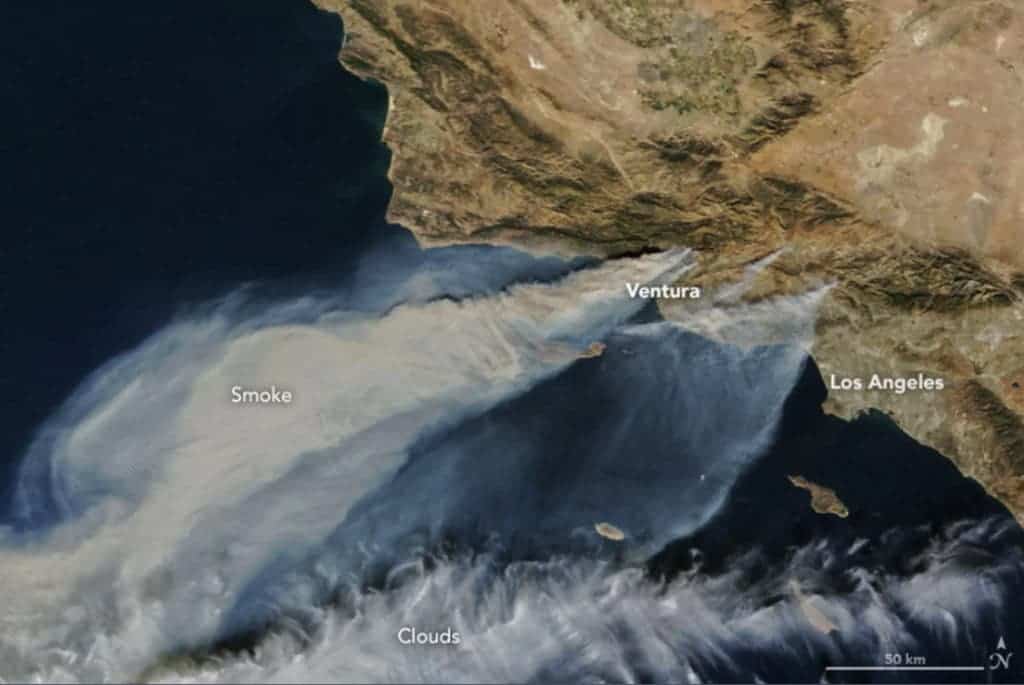 The Ventura fires first caught Monday and spread with a fury due to Southern California’s Santa Ana winds. As of data available on Wednesday afternoon, the flames have burned through 83,000 acres (33,600 hectares), CNN reports. Just this October, Northern California was ravaged by wildfires which cindered 245,000 acres (99,150 hectares), more than 8,900 houses and other buildings, and claimed over 40 lives.