The more ticklish among us are not alone, researchers have found. A new study on rats honed in on the mammalian brain’s “tickle center” and the effect tickling has, depending on our mood. The team also showed, for the first time, that stimulating neurons in this region results in an explosion of ultrasonic squeaks, the rat version of laughter. 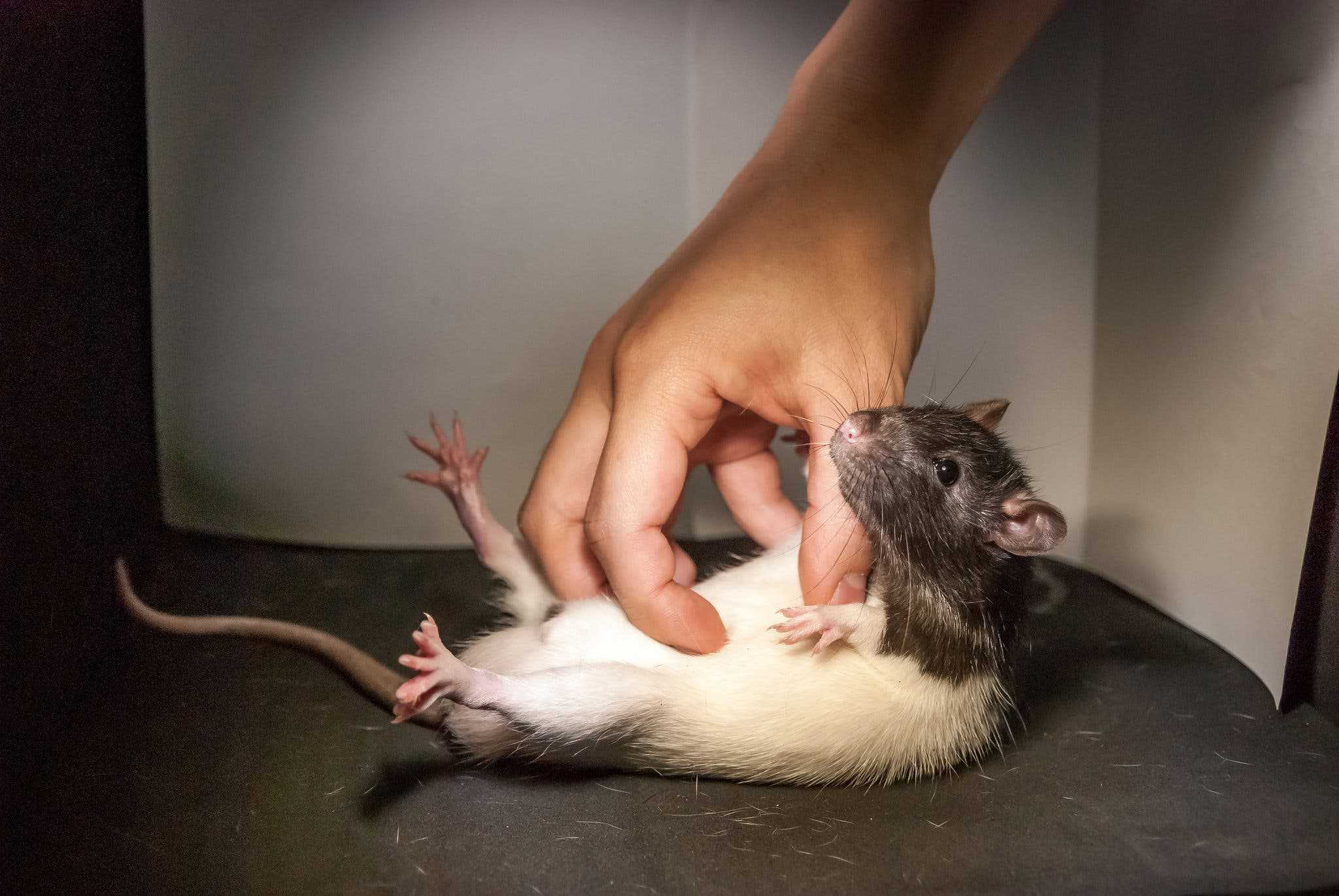 The tickling response is formed by a wide range of brain areas working in concert. One of these areas, the somatosensory cortex, was believed to be responsible for creating only the sensation of being tickled — the associated laughter was supplied, so to speak, by other parts of the brain. A new paper from the Humboldt University, Berlin (HUB) shows that electrical stimulation in this area can elicit laughter, bypassing parts of the brain traditionally considered as part of the “emotional circuitry”.

Love it or hate it, I think we all at some point reflected upon tickling. What is it, and why (the more ticklish among us cry out in anguish), why is it a thing? Even Aristotle, the famous ancient Greek philosopher and scientist, once asked why people can’t tickle themselves. But there are important reasons to understand tickling beyond satisfying our personal curiosity. One important symptom of schizophrenia, for example, is that patients can tickle themselves. Tickling is also connected to laughter, play, and the ability to feel good, notes Shimpei Ishiyama, a neuroscientist at Humboldt and lead author of a rat-tickling study looking into how our brains react to the sensation.

“Neuroscientists are so obsessed with deficits such as depression and anxiety, it’s rare to find papers about positive emotions,” he says.

Rats are good people. We’re finding more and more similarities between us and the little rodents lately. The study found that while we don’t tend to think of rats as ticklish, they not only feel, but enjoy being tickled. Previously, research has shown that the critters create ultrasonic squeaks as expressions of pleasure, squeaks which Ishiyama picked up on in his research. The rats that participated in the study returned over and over again to the designated tickling spot, and the team reports that spikes in the neurotransmitter dopamine were identified in key reward circuits of the rodents’ brains after tickling. And, just to make sure we get the message, the rats’ “joy jumped” (leaping into the air with both legs together) before or following their tickle sessions, Ishiyama explains. This behavior is a well-documented expression of positive emotions in many species, including foxes, dogs, guinea pigs, even human children.

“Although it was a very bold idea in the beginning, experiments show that rats are enjoying it,” Ishiyama says.

Ishuyama and co-author Michael Brecht, Animal Physiology/Systems Neurobiology and Neural Computation Professor at the Bernstein Center for Computational Neuroscience, HUB spent a week or two with juvenile male rats, which usually are the most playful bunch of the species, to get them used to being tickled on the back and belly. They say it’s “pretty much like” tickling cats or dogs — over time, the animals learn it’s fun to play with the human hand, recognize it as a playmate, and even start to chase it around. If that sounds adorable, it’s because it totally is. Check it out:

Once accustomed to interacting with the researchers, the team inserted electrodes into the rats’ somatosensory cortex and read their neural activity during tickling. They report increased brain activity in the cortex during the actual tickling, which isn’t very surprising, as this area responds to touches on the skin. But the activity persisted after the physical stimulus was removed, with the rodents usually chasing the hand and “giggling” even though the researchers didn’t touch the rats at this time.

The findings would go against traditionally held beliefs that this area processes only the physical sensation of tickling, by proving it also has a part to play in triggering response behaviors, Ishiyama says. To check on their conclusion, the duo then applied a small amount of current through the electrodes to stimulate the cells they’ve recorded increased activity in. This caused the rats to emit the same playful vocalizations as they had while being tickled and when chasing the researchers’ hands.

“This is very important, clear evidence that the activity of those cells is responsible for ticklishness,” Ishiyama says.

The team also determined how mood influences relationship. The team placed the rats on an elevated platform and shone bright lights on them, which would cause the nocturnal creatures to feel a lot more anxious, then tried tickling again. The rats were notably less ticklish, and the brain cells where powerful activity was recorded before remained suppressed even when stimulated with the electrodes, Ishiyama says. This suggests that there’s a really fine line between enjoying, and suffering, tickling.

“Even Darwin observed that children tickled by a stranger would rather scream than laugh,” he adds.

It’s likely that connections between neurons in the somatosensory cortex and those in other brain areas that process aspects of tickling, such as motor or socially-specialized neurons, are formed early and remain hard-wired throughout life. This interplay allows the brain to identify whether the tickler is a friend or stranger and tailor its response accordingly, the team concluded. This explanation would also explain why rats and people are more likely to enjoy tickling as adults if they experienced it during youth.

The full paper “Neural correlates of ticklishness in the rat somatosensory cortex” has been published in the journal Science.