On an explosive growth trajectory, the total operational solar photovoltaic capacity in the US just passed the 20 GW milestone after 1,393 megawatts of PV were installed last quarter.

The news was broken by the GTM Research and the Solar Energy Industries Association’s Q2 2015 U.S. Solar Market Insight report. Among other important insights, the report highlights how the residential solar market, also known as rooftop solar, experienced the most growth. This past quarter, rooftop solar panels that delivered 473 megawatts were installed marking a 70% year-to-year increase since 2010. In fact, in 2010 only 850 MW worth of solar panels were installed, compared to 6,227 MW in 2014 or 2,722 MW only these past two quarters. According to the report, 2015 might be a new record in installed solar PV capacity. 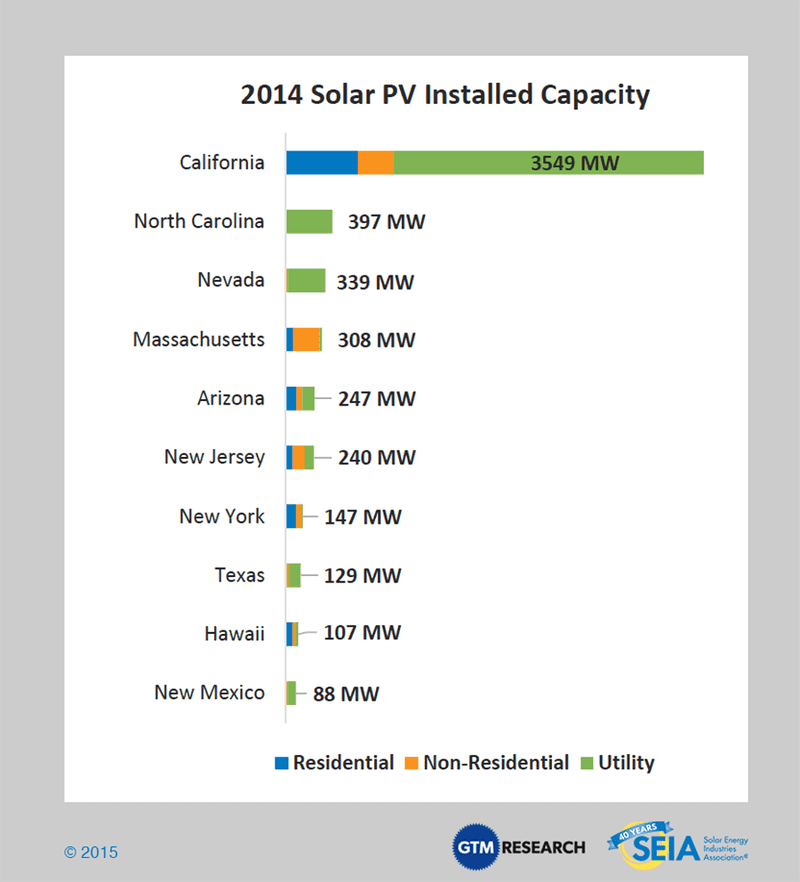 The non-residential market finished the quarter down 33 percent from the same period last year. However, improved market dynamics in several states could make for a recovery in the remaining two quarters. According to the report, 729 megawatts of utility-scale solar PV came on-line in the second quarter of the year, representing more than half (52 percent) of the nation’s quarterly total. 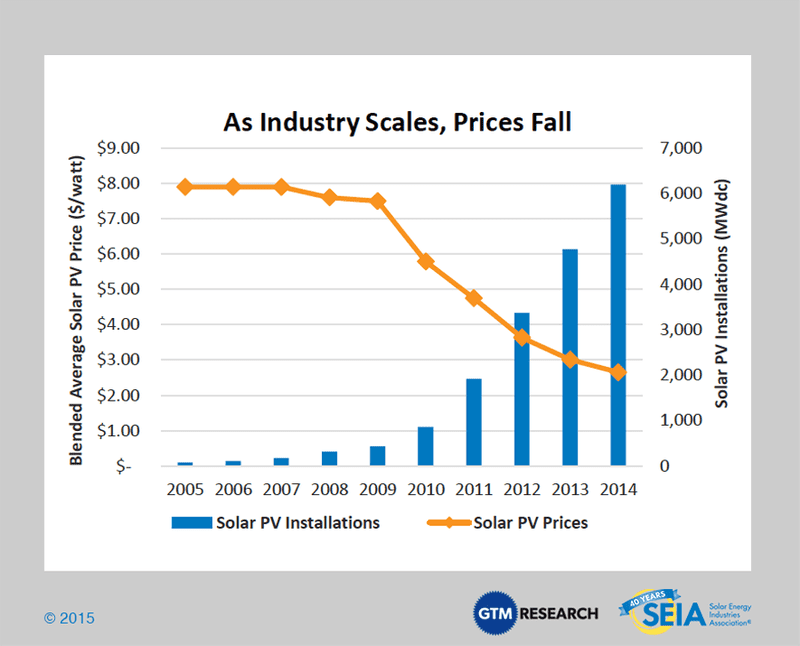 “The demand for solar energy is now higher than ever, and this report spells out how crucial it is for America to maintain smart, effective, forward-looking public policies, like the ITC, beyond 2016,” said Rhone Resch, SEIA president and CEO. “At over 20 gigawatts of installed solar electric capacity, we now have enough solar in the U.S. to power 4.6 million homes, reducing harmful carbon emissions by more than 25 million metric tons a year. Since the ITC was passed in 2006, U.S. solar growth has exploded and more than 150,000 American solar jobs have been created. By any measurement, that’s a success for both our economy and environment.” 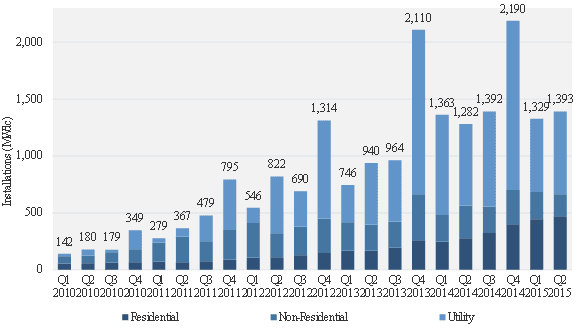 Some other key findings from the report: