New research from Caltech could bring an economically-viable solar fuel to the market in the next few years. 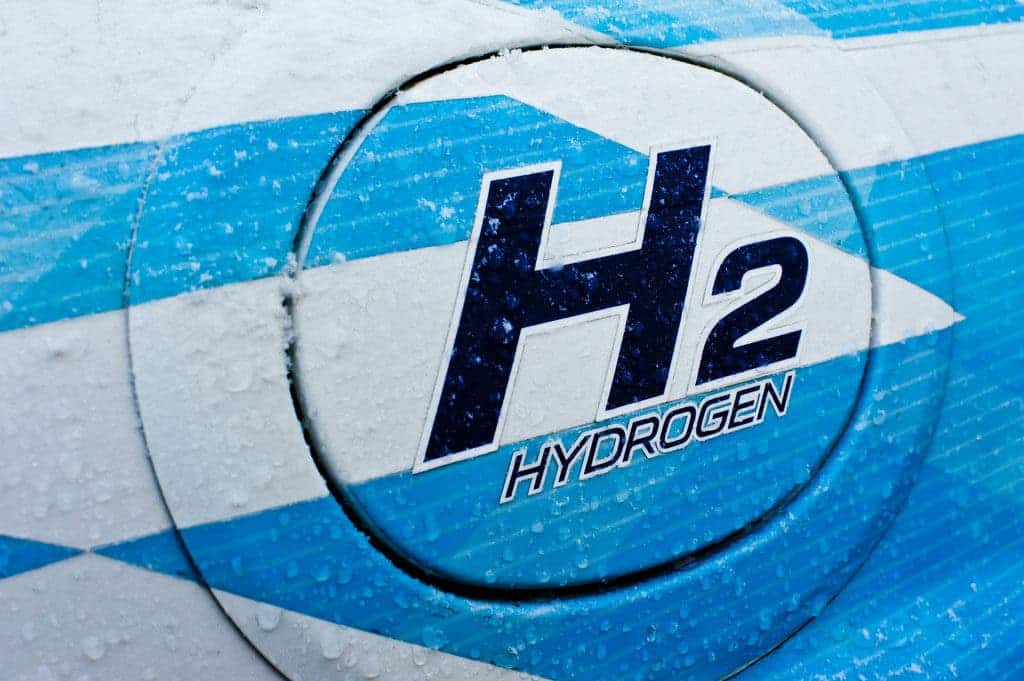 One of the holy grails of renewable energy researchers which they have been pursuing for decades, is the brewing of economically-viable solar fuel. It sounds like something you drill out of the core of a star, but in reality, it’s both much more useful and less dramatic than that: “solar fuels” are chemical compounds which can be used to store solar energy.

Most of the recent research performed in this field focused on splitting water into its constituent parts (hydrogen and oxygen) using only sunlight. It’s easy to see why — hydrogen produced this way would be a clean, cheap, easy-to-produce and generally widely-available fuel. It could be used to power solar cells, motor vehicles, or even spin the turbines of power plants. One of it’s most attractive qualities is that it would be virtually endless and produces zero emissions: the only reactionary product of a hydrogen engine (which burns the gas, i.e. combines it back with oxygen) would be plain old water.

We’re actually pretty close to having the solar fuels we so desire, the only thing we’re missing is the “cheap” part. Back in 2014, a team of Caltech researchers led by Professor Harry developed a water-splitting catalyst from layers of nickel and iron. It worked pretty well for a prototype, showing that it has potential and could be scaled-up. However, while the catalyst clearly worked, nobody knew exactly how it did so. The working theory was that the nickel layers were somehow responsible for the material’s water-splitting ability. 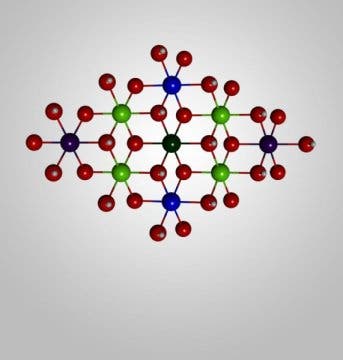 Ball-and-stick model of the catalyst’s molecular structure. Iron atoms are blue, nickel is green, oxygen is shown in red and hydrogen in white.
Image credits Caltech.

To get to the bottom of things, a team led by Bryan Hunter from Caltech’s Resnick Institute created an experiment during which the catalyst was starved of water, and observed how it behaved.

“When you take away some of the water, the reaction slows down, and you are able to take a picture of what’s happening during the reaction,” Bryan says.

The experiment revealed that the spot where water gets broken down on the catalyst — called its “active site” — wasn’t nickel, but iron atoms. The results are “very different” from what researchers expected to find, Hunter says. However, that isn’t a bad thing. Our initial hypothesis was a dud, but now that we know exactly how the alloy works — meaning we won’t waste time researching the wrong avenues.

“Now we can start making changes to this material to improve it.”

Gray believes the discovery will be a “game changer” in the field of solar fuels, alerting people that iron is “particularly good” for this type of applications. As we now know what we should look for, we can go on to the next step — which is finding out how to make such processes unfold faster and more efficient, which translates to lower costs of the final fuel.

“I wouldn’t be at all shocked if people start using these catalysts in commercial applications in four or five years.”

The paper “Trapping an Iron(VI) Water Splitting Intermediate in Nonaqueous Media” has been published in the journal Joule.

A research team from the University of Central Florida has found a way to trigger photosynthesis in an inexpensive synthetic material. The technology could be used to scrub the air clean and produce ‘solar’ fuel from atmospheric CO2.

The team’s photoreactor, with a sliver of the MOF dangling inside.
Image credits Bernard Wilchusky.

Scientists the world over have been trying to re-create the process that plants rely on to feed in a synthetic material for years now, with some success. Photosynthesis-like reactions can be maintained in common materials such titanium dioxide under higher-energy UV light. But, since the lion’s share of energy released by the Sun lies in the violet to red wavelengths, the challenge lies in finding a way to keep it going under visible light. Up to now, we’ve known comparatively few materials that can do so, and they’re very expensive (think platinum or iridium compounds), keeping them far away from commercial applications.

Uribe-Romo, a chemistry professor at the UCF, and his students may bring artificial photosynthesis into the market. The team has found a way to trigger the reaction in an inexpensive synthetic material, offering a cost-effective way to turn atmospheric CO2 into fuel.

The system uses a class of materials known as metal-organic frameworks (MOFs) to break down the CO2 into its two compounds. Uribe-Romo’s MOF was constructed from titanium with a pinch of organic molecules to act as light-harvesting points and power the reaction. These molecules, called N-alkyl-2-aminoterephthalates, can be tailored to absorb specific wavelengths (colors) of light when incorporated in the MOF — the team went for blue.

They tested the system under a photoreactor — a battery of blue LED lights which looks like a tiny tanning bed — constructed to mimic the sun’s blue wavelength. Controlled amounts of CO2 were pumped into the photoreactor, and the MOF scrubbed it out then split it into two reduced carbon compounds — formate and formamide.

“The goal is to continue to fine-tune the approach so we can create greater amounts of reduced carbon so it is more efficient,” Uribe-Romo said.

He says that the next thing the team will be looking into is how to adjust their material so it can sustain the process under other colors of light. If they can pull it off, the system will gain hugely in versatility and could grow to become a significant carbon sink. Stations could be set up near CO2-producing areas, such as power plants, to capture the gas and use it to produce energy which could be fed back into the system. Or it could be fashioned into rooftops that homeowners can install to clean their neighborhood’s air while saving up on power bills.

“That would take new technology and infrastructure to happen,” Uribe-Romo said. “But it may be possible.”

The full paper “Systematic Variation of the Optical Bandgap in Titanium Based Isoreticular Metal-Organic Frameworks for Photocatalytic Reduction of CO2 under Blue Light” has been published in the Journal of Material Chemistry A.