A New York University doctoral student has found evidence that would support an alternate explanation of why primates evolved such big brains — the secret isn’t social interaction, but a diet rich in fruit, she says. 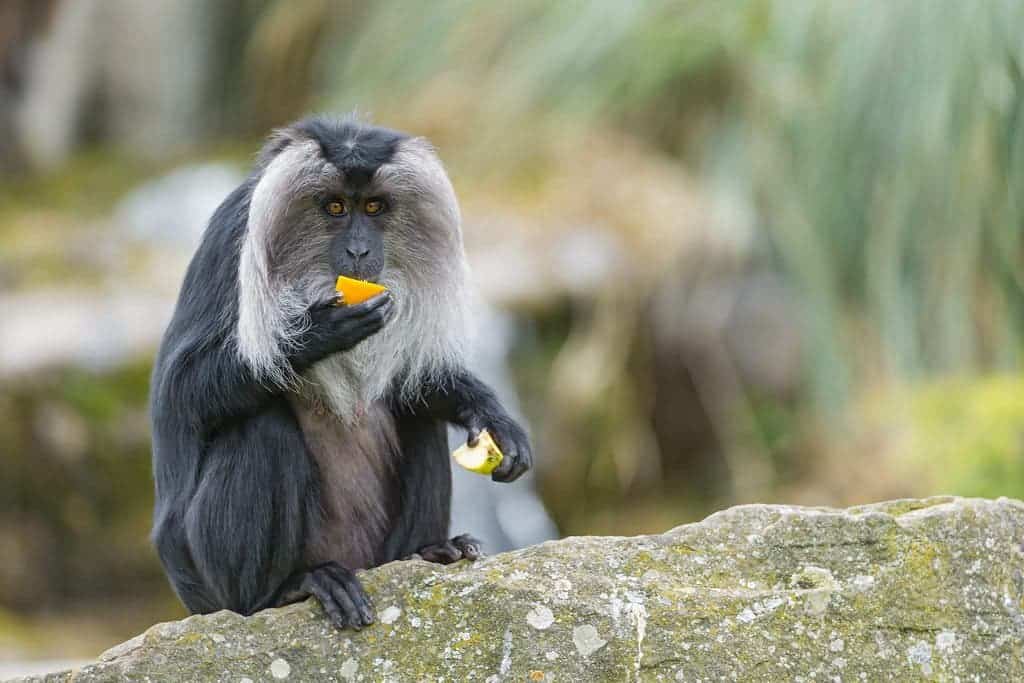 Primates don’t have big fangs, menacing claws, or imposing horns to fight off predators or take on pray. They rely on a more subtle, but much more powerful, ace up their sleeve. Namely, primates distinguish themselves from almost all other animals through their big brains. They keep primates safe, let them do all sorts of smart things like use tools or go to the Moon, and help them navigate the ever-busy social life with grace.

Why the long brain?

But it’s not clear why they have evolved these big brains in the first place. The prevailing theory today is the social brain hypothesis, according to which primates evolved a bigger brain because they don’t have claws or horns — they needed to bunch up and work together for safety, which required more processing power to understand all the subtleties of social interaction.

A new study comes to offer another, and somewhat unexpected, explanation to the big brain: fruit. Alex DeCasien, a doctoral student in biological anthropology at the New York University initially set out to see how the brains of monogamous primates stacked up to those of more promiscuous species. She and her team collected data on the social life and diets of over 140 species throughout all four primate groups — monkeys, apes, lorises, and lemurs — and crunched all the data to see which features were most likely to associate with bigger brains.

Her results show that it’s neither monogamy nor promiscuity that best predicts the size of a primate’s brain. Neither did other measures of social complexity, such as average group size. The best indicator of brain size, the team explains, is diet — specifically whether a specie’s diet is fruit or leaf-based. 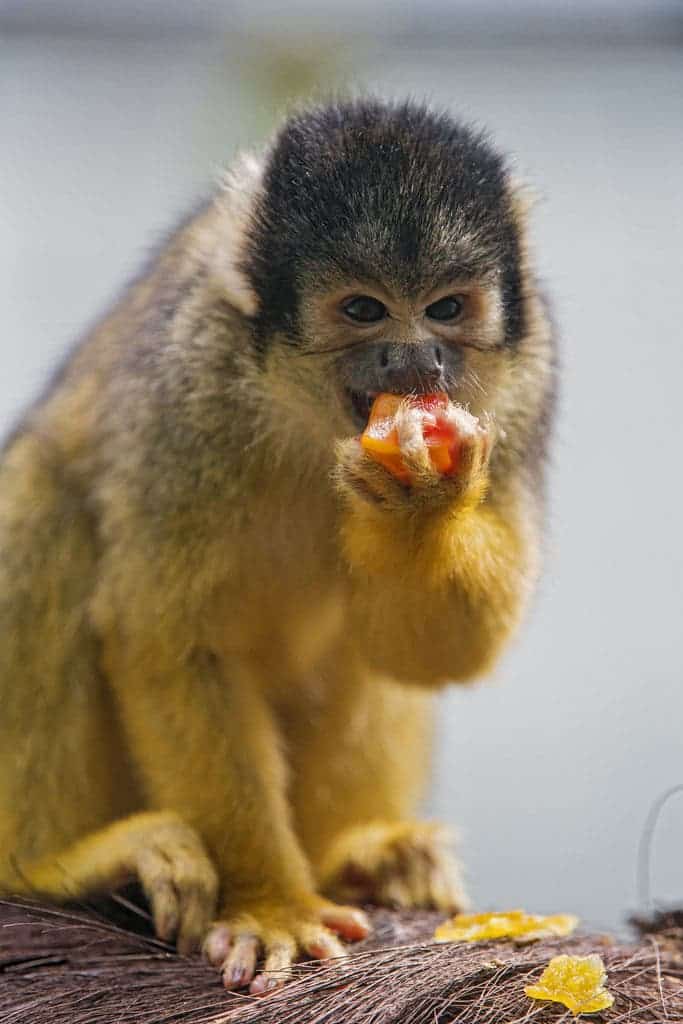 Rumor has it that eating fruit also correlates well with maniacal cackles and evil in small packages. Like this guy.
Image credits Tambako The Jaguar / Flickr.

But the paper has come under some fire from one of the original authors of the social brain theory. Robin Dunbar, an evolutionary psychologist at the University of Oxford in the United Kingdom, said that while more nutrients do allow for a bigger brain, they can’t become a selective evolutionary pressure by themselves — meaning that better food makes bigger brains possible but not necessary, so they aren’t needed.

He agrees that primates who primarily consume fruits can get a whole lot more energy from their diets than leaf eaters. The nutrients in leaves are locked behind thick cell walls that are hard to break down, so leaf-eating primates have to lie around for hours redirecting all their energy towards digestion. Fruits, on the other hand, are much more nutritious and easily digested, meaning they release more energy for less investment and a lot of that extra energy gets gobbled up by the brain.

“In order to have a bigger brain, you have to have a change in diet,” Dunbar said.

But comparing diet with social life is like “comparing apples and oranges,” he argued. His main gripe with DeCasien’s theory is that it doesn’t offer a reason for which all that energy goes towards a bigger brain and not bigger muscles, for example. The social theory does link those two together, he further explains. Living together helps keep the primates safe and gives easy access to mates, two very powerful selective pressures. But it also requires a bigger, more capable brain to navigate and keep track of increasingly complex social structures — so there’s also an evolutionary incentive to invest energy in bigger brains.

“[Diet and sociality] are not alternative explanations,” Dunbar concludes. “They are complementary explanations.”

DeCasien in turn argues that fruit-eaters need more cognitive oomph to get dinner than their counterparts. If you’re a prima.. If you’re a wild leaf-eating primate chances are there will be leaves all around you, so getting dinner should be as easy as stretching out a hand to get them. Fruit-eaters on the other hand have to remember where the best fruits can be found at different times of the year, so their brain needs to be able to handle a map and a calendar app at the same time. They also need good problem solving skills, or even the capacity to use tools, since fruits can be hard to reach or protected by wooden shells or spines. 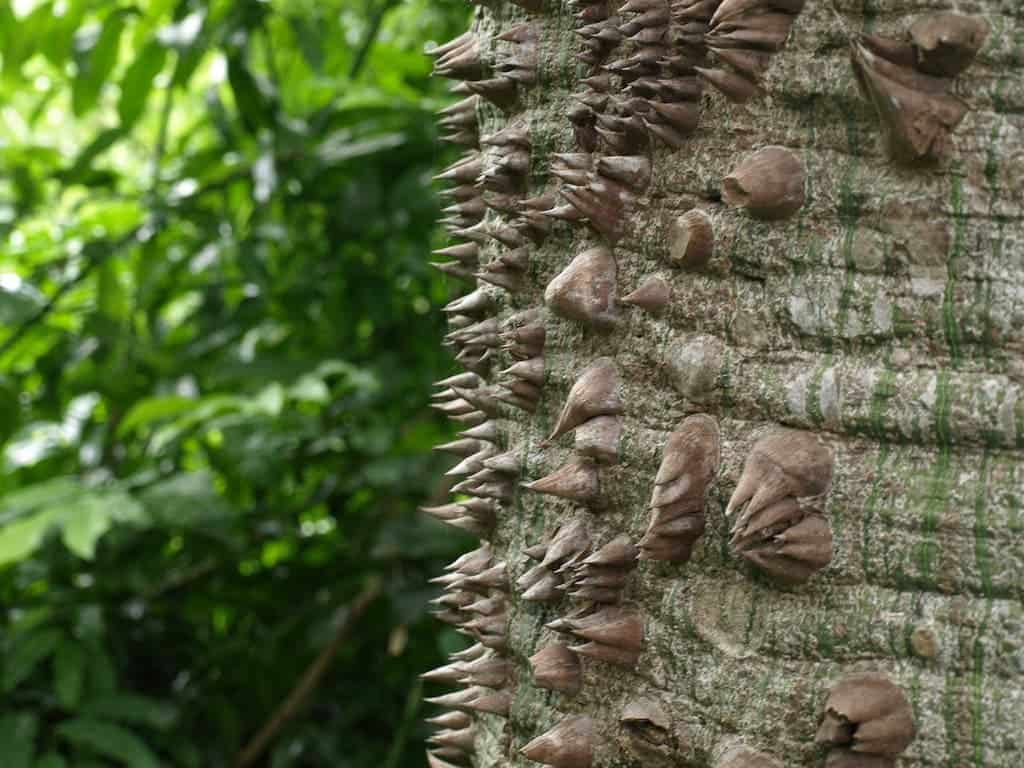 So it makes sense to assume that smarter primates (those with bigger brains) could get more fruit — creating an evolutionary pressure for bigger brains. This explanation could even go so far as to making social life irrelevant to brain size, even make it a by-product of fruit diets — with bigger brains, primates could now handle social interaction so they bunched up.

Still, DeCasien admits that the answer likely isn’t as clear cut. Diets may have initially promoted brain-growth, enabling social groups — and those groups in turn then drove further evolution.

“It’s definitely impossible to tease apart at some point,” she says.

Problem is, you can’t really pick apart evolutionary pressures and beneficial physiological changes in a study such as this — because again, correlation doesn’t imply causation. But seeing the huge impact cooked food has made for humanity, it’s obvious that diet has a role to play in evolution. Whether it’s the hand that points the way or one that simply shapes in the details will have to be answered by future research.

The paper “Primate brain size is predicted by diet but not sociality” has been published in the journal Nature Ecology & Evolution.