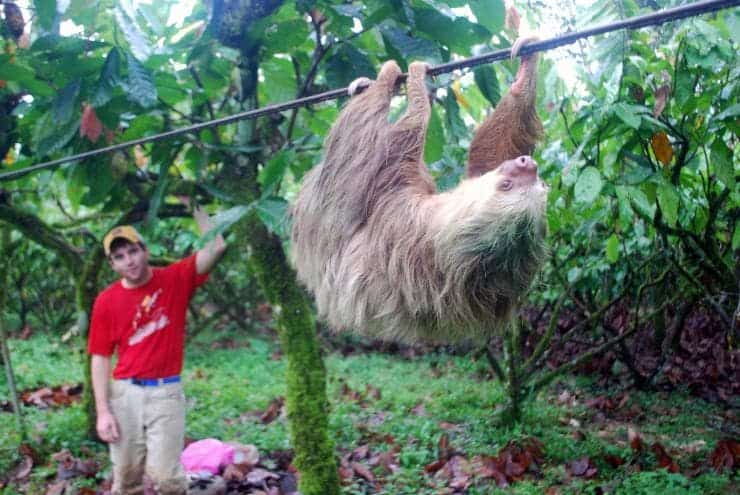 The trend nowadays is to design robots that are faster, more agile, and life-like. While there are many upsides to this kind of approach, all that flashy movement consumes a lot of energy. Sometimes, slow and steady is better. Taking cues from one of the most energy efficient (and laziest) creatures in the animal kingdom, researchers at the Georgia Institute of Technology have devised the SlothBot — a hyper-efficient robot that continuously monitors environmental changes in the forest canopy for months.

Magnus Egerstedt, a professor at the School of Electrical and Computer Engineering at the Georgia Institute of Technology, was visiting Costa Rica when he was inspired by sloths to develop what he calls “a theory of slowness”. Sloths seem to be everyone’s “spirit animal” — eat, sleep, and hang out in trees all day (some sloths can spend their entire lives up in trees). These animals are famous for their extremely sluggish movement and slow metabolism, which compels sloths to rest as much as 22 hours a day. But the sloths are also masters of energy conservation, being capable of meeting their daily calorie needs with the equivalent of a small potato.

“The life of a sloth is pretty slow-moving and there’s not a lot of excitement on a day-to-day level,” said Jonathan Pauli, an associate professor in the Department of Forest & Wildlife Ecology at the University of Wisconsin-Madison, who has consulted with the Georgia Tech team on the project.

“The nice thing about a very slow life history is that you don’t really need a lot of energy input. You can have a long duration and persistence in a limited area with very little energy inputs over a long period of time.” 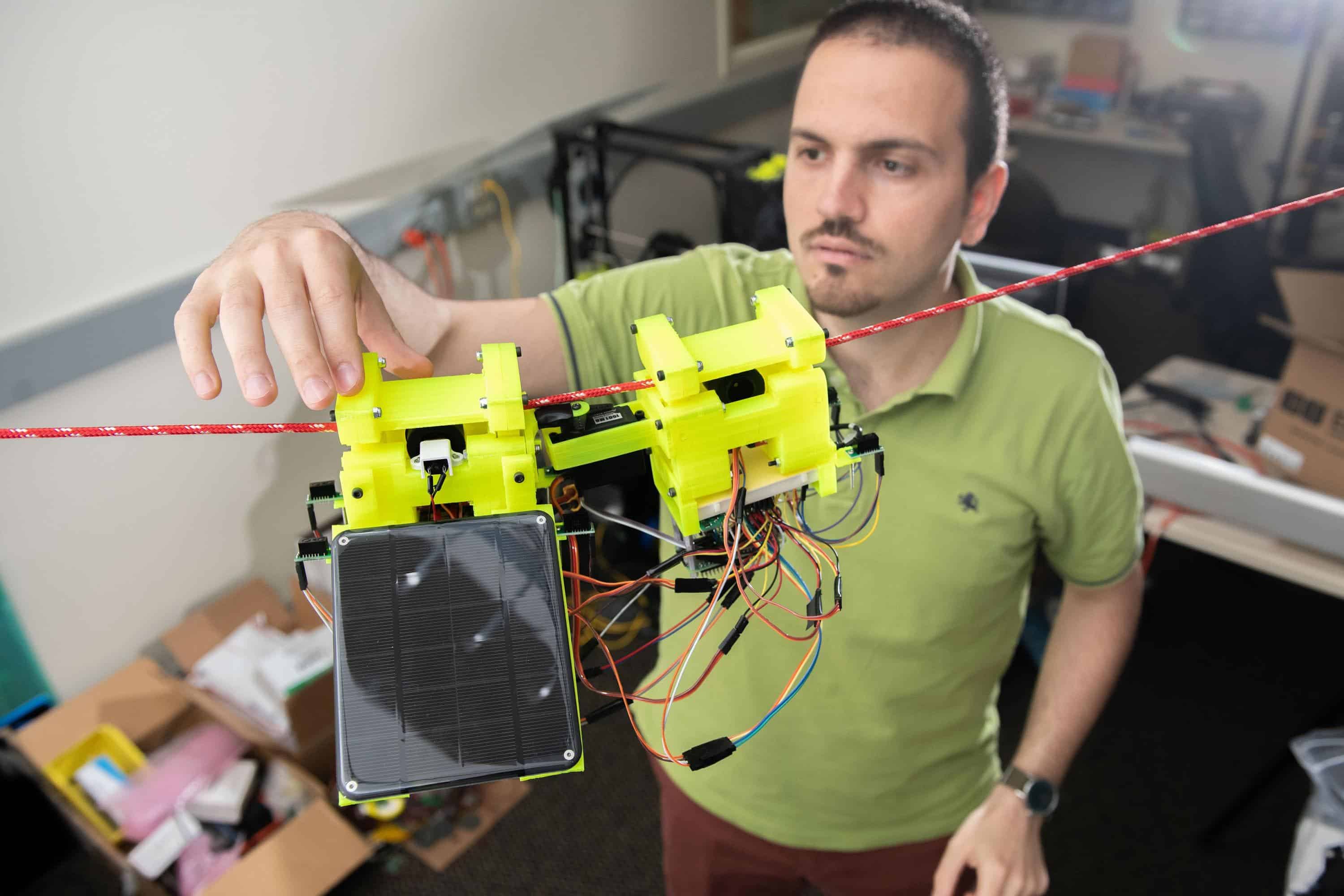 Gennaro Notomista shows the components of SlothBot on a cable in a Georgia Tech lab. Credit: Allison Carter, Georgia Tech.

Egerstedt previously developed control algorithms for swarms of wheeled or flying robots. But when Egerstedt had to develop an environmental monitoring robot for tree canopies, he could think of no better creature to emulate than one that lives all day in the trees.

“The thing that costs energy more than anything else is movement,” Egerstedt said. “Moving is much more expensive than sensing or thinking. For environmental robots, you should only move when you absolutely have to. We had to think about what that would be like.”

The SlothBot features a pair of photovoltaic panels that supply power, along with 3-D printed gearing and wire-switching mechanisms. The robot is actually comprised of two bodies connected by an actuated hinge. Each body has a driving motor connected to a rim on which a tire is mounted. Switching from one cable to another without failure was the biggest challenge that the researchers had to solve.

“It’s a tricky maneuver and you have to do it right to provide a fail-safe transition. Making sure the switches work well over long periods of time is really the biggest challenge,” said Gennaro Notomista, a graduate research assistant.

So far, the SlothBot prototype has been tested on a network of cables on the university’s campus. In the future, the researchers will mount a 3D-printed shell, which is meant to make the robot look like a cute sloth while offering protection from the rain and wind. Once this stage is complete, the SlothBot will be deployed in the tree canopy at the Atlanta Botanical Garden. Ultimately, the authors of the new study would like to see the SlothBot in a cacao plantation in Costa Rica, where real sloths also live.

“The cables used to move cacao have become a sloth superhighway because the animals find them useful to move around,” Egerstedt said. “If all goes well, we will deploy SlothBots along the cables to monitor the sloths.”