There’s a now a third private space entity that’s been screened and granted permission to ferry cargo to and fro the International Space Station. Joining SpaceX and Orbital will be the Sierra Nevada Corp. which plans to use a reusable winged craft that looks like a mini-shuttle. The design allows for a soft landing on a runway, instead of dropping the ocean, that might prove more effective for retrieving sensitive scientific instruments.

The space company worth billions you likely never heard about

In 2008, anticipating the impending decommissioning of the space shuttle, NASA awarded the first commercial space contract worth $3 bn. In 2012, a year after the shuttle was retired, SpaceX flew the first International Space Station re-supply mission. Orbital with its  Cygnus cargo spacecraft was also included in the program.

After it lost a very important bid to SpaceX and Boeing to transport astronauts to the ISS, Sierra Nevada Corp. finally hit the jackpot.

“Within a few short years, the world will once again see a United States winged vehicle launch and return from space to a runway landing,” Mark Sirangelo, vice president of Sierra Nevada’s space systems, said in a statement.

The fact that the company’s  Dream Chaser craft looks nothing like the capsules used by its competitors must have won it some points from NASA. It’s unique because it can land on a  traditional airline runway, instead of crashing in the ocean or burning on re-entry. This is very important as right now it will be the only company that will be able to perform certain missions with success — those that involve the retrieval of sensitive experiments. Biologists, most of all, will rejoice.

“There are a lot of reasons to use animal studies to look at things like balance and sensory motor effects (of microgravity), and those are going to change so rapidly on return that we need to have the animals back right away,” station chief scientist Julie Robinson told Reuters.

NASA declined to comment on the total cost of the three contracts, which will see a minimum of six flights by each of the three companies. The total budget was $14 billion, but Sirangelo said it will come nowhere near the cited maximum value of the contract. “Within a few short years, the world will once again see a United States winged vehicle launch and return from space to a runway landing,” he says. 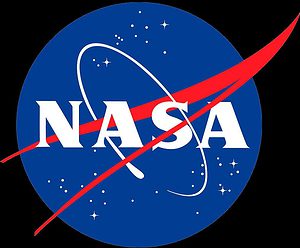