Driverless cars that are networked and in constant communication on the road could improve the flow of traffic by at least 35%. 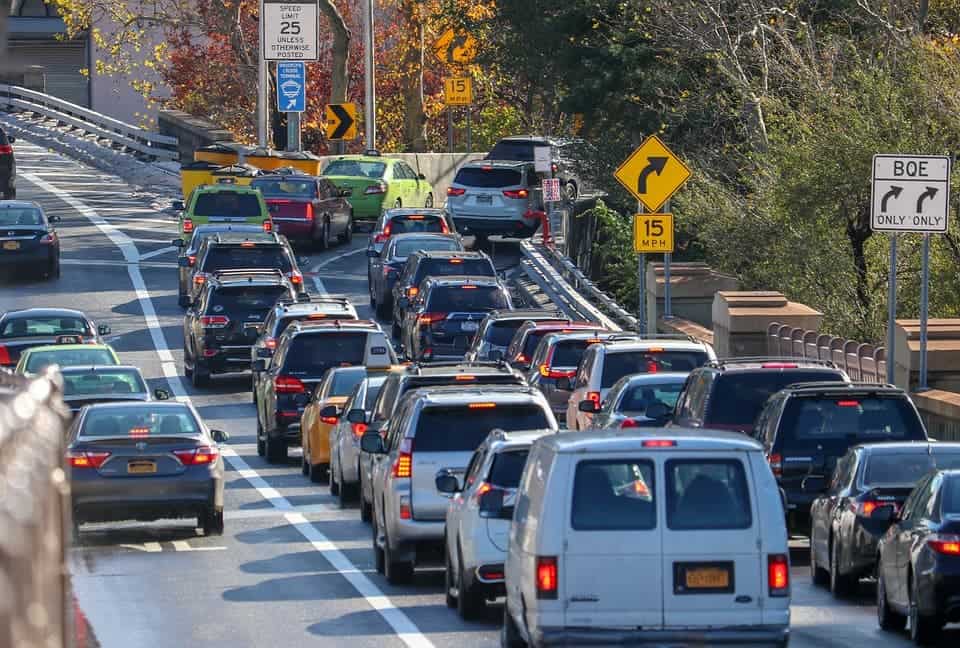 The findings were reported by researchers at the University of Cambridge who programmed miniature robotic cars to drive on a multi-lane track where various traffic obstructions occurred. Each tiny robotic car was fitted with motion capture sensors and a Raspberry Pi which enabled them to communicate via WiFi.

Researchers adapted a lane-changing algorithm originally designed for autonomous cars to work with a fleet of cars. A driverless car typically changes lanes based on whether it is safe to do so and whether the procedure helps the vehicle move through traffic faster. The adapted algorithm adds a new layer of complexity and efficiency, allowing the cars to be more neatly packed when changing lanes. A fleet of cars also makes for safer roads due to constraints that prevent crashes at various speeds. The Cambridge researchers also included a second algorithm that detects cars moving in front of a vehicle and sends instructions that make space on the lane.

The authors tested to see how the fleet reacted in ‘egocentric’ and ‘cooperative’ driving modes when faced with an unmoving car. They also tested how the fleet reacted when a single car was controlled by an unpredictable human via a joystick. Both “normal” and “aggressive” driving behaviors were tested on the lanes.

In the “egocentric” mode, any cars behind a stopped car would also stop or slow down, waiting for a gap in traffic. Sounds familiar? That’s what happens on nearly every road on the planet. And naturally, in this situation, a queue quickly formed behind the stopped cars, halting overall traffic.

However, in cooperative mode — when the cars communicate with one another and respond accordingly to minimize traffic time for all parties involved — as soon as a vehicle stopped on the inner lane, those in the outer lane in the immediate proximity of the stopped car slowed down. This gave cars in the inner lane enough space to maneuver around the stopped car without having to stop or slow down significantly.

When a human driver controlled one of the robotic cars aggressively, the autonomous cars responded by giving way to the aggressive driver, improving safety.

In the normal mode, cooperative driving improved traffic flow by 35% over egocentric driving, while for aggressive driving, the improvement was 45%.

“Autonomous cars could fix a lot of different problems associated with driving in cities, but there needs to be a way for them to work together,” said co-author Michael He, an undergraduate student who designed the algorithms for the experiment.

“If different automotive manufacturers are all developing their own autonomous cars with their own software, those cars all need to communicate with each other effectively,” said co-author Nicholas Hyldmar, an undergraduate student who designed much of the hardware for the experiment.

Studies that assess the operation of numerous autonomous vehicles are typically simulated digitally or use just a few scale models — both inadequate approaches for a fleet of self-driving cars. The new study, on the other hand, uses an inexpensive and relatively realistic approach, offering one of the first evidence of traffic improvements in road-like conditions for self-driving fleets.

The findings were presented at the International Conference on Robotics and Automation (ICRA) in Montréal. In the future, similar studies will help researchers develop technology that allows cars to communicate with each other to improve traffic and safety.

“Our design allows for a wide range of practical, low-cost experiments to be carried out on autonomous cars,” said Dr. Amanda Prorok from Cambridge’s Department of Computer Science and Technology. “For autonomous cars to be safely used on real roads, we need to know how they will interact with each other to improve safety and traffic flow.”

Next, the researchers plan to use the fleet to test multi-car systems in more complex scenarios including roads with more lanes, intersections and a wider range of vehicle types.