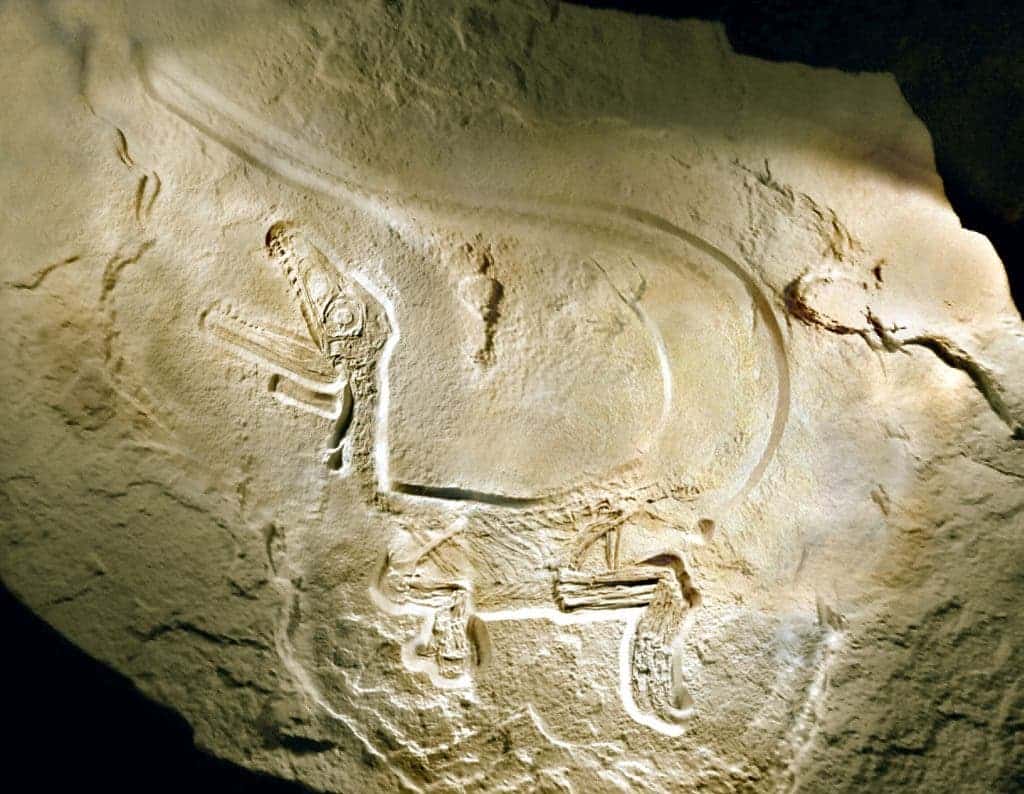 This fierce little guy is a Sciurumimus albersdoerferi. Well, it’s actually the only S. albersdoerferi we’ve ever found. He belongs to an extinct genus of coelurosaurian theropods that lived some 163 to 145 million years ago, in the Late Jurassic. Theropods were initially carnivorous, however, several groups are known to have evolved into other kinds of diets, from herbivorous to insectivore and omnivore. Based on the shape of his jaw and teeth, S. albersdoerferi was most likely a meat-eater (though we don’t know if he prayed on other dinosaurs, fish, or insects.)

And theropods have passed this wide diet to a very colorful part of life today — they’re the direct ancestors of modern birds. The link was established based on the fact that both theropods and birds have a wishbone and hollow skeletons. Some theropods even had feathers.

Now, this specimen is a fossil of a juvenile S. albersdoerferi so we don’t know what size an adult might grow to. As a group however, theropods tended to grow larger than any of the predators that came before them. To get an idea, think of the reconstructions of T-Rex you saw in Jurassic Park — also a theropod.

Do not want to be that guy.
Image credits wikimedia user Matt Martyniuk