It also highlights a cluster of factors, including lack of insurance and the prevalence of gun shops, that are associated with high suicide rates.

Highest where life is hardest

“While our findings are disheartening, we’re hopeful that they will help guide efforts to support Americans who are struggling, especially in rural areas where suicide has increased the most and the fastest,” said lead researcher Danielle Steelesmith, a postdoctoral fellow at Ohio State’s Wexner Medical Center.

The study found that suicide rates were highest in the least-populous counties of the US, and in the areas where people have the lowest income and most limited access to resources. From 2014 through 2016, suicide rates were 17.6 per 100,000 in large metropolitan counties compared with 22 per 100,000 in rural counties. In urban areas, the team adds, counties with more guns shops tended to have higher rates of adult suicide.

All in all, counties in Western states including Colorado, New Mexico, Utah, and Wyoming tended to have the highest rates of suicide, as did the Appalachian states of Kentucky, Virginia, West Virginia, and those in the Ozarks, including Arkansas and Missouri.

“Suicide is so complex, and many factors contribute, but this research helps us understand the toll and some of the potential contributing influences based on geography, and that could drive better efforts to prevent these deaths,” said Steelesmith.

The findings can help guide and bolster the effectiveness of suicide prevention efforts says Cynthia Fontanella, a study co-author and associate professor of psychiatry and behavioral health at Ohio State.

“For example, all communities might benefit from strategies that enhance coping and problem-solving skills, strengthen economic support and identify and support those who are at risk for suicide,” Fontanella said.

She adds that the link between urban gun shops and higher suicide rates suggests they can be targeted to reduce access to the means people use to commit suicide. In rural areas, “deprivation” was a closely-related factor to suicide rates. Deprivation includes a cluster of conditions including underemployment, poverty, and low educational attainment.

Long-term and persistent poverty may be more entrenched in rural areas, the team explains, and economic opportunities more limited. Steelesmith adds that many rural Americans rely on jobs in agriculture and industries like coal mining, which are dwindling. They also suffer from a lack of support services that they may turn to in their time of need.

“In cities, you have a core of services that are much easier to get to in many cases. You may have better access to job assistance, food banks and nonprofits that might all contribute to less desperation among residents,” Steelesmith said.

High social fragmentation — which factors in levels of single-person households, rates of unmarried residents, and the impermanence of residents — and low social capital were also particularly pronounced in rural America, the team explains. Social capital is a measure of how connected or closely-knit a given society is.

Other factors associated with higher suicide rates included high percentages of veterans in a county and lower rates of insurance coverage.

Fontanella explains that people who live in rural America would particularly benefit from strategies designed to promote social connections. Community engagement activities that give residents the chance to interact and to become familiar with supportive resources in their area would be a good approach. Steelesmith adds that some states, particularly in the West, have large counties with great variability in terms of resident life experiences, for instance, so solutions need to be tailored for individual communities.

The paper “Contextual Factors Associated With County-Level Suicide Rates in the United States, 1999 to 2016” has been published in the journal JAMA Network Open.

A new study found that birds living in urban environments in Southwest Virginia will engage in more aggressive behavior to defend their territory than their country counterparts.

Seeing as my city’s streets are choke full of pigeons that look like they couldn’t seriously harm a morsel of bread, it comes a bit hard for me to put the words “city,” “bird,” and “aggressive” in the same sentence. But it seems that I’ve been deceived — a new Virginia Tech paper found that city birds viciously defend their territories, employing very aggressive behavior to scare off other birds.

Get off my lawn!
Image credits Devra/Flickr

“A possible reason for this is that these birds have less space but better resources to defend,” said Scott Davies, a biological sciences postdoctoral associate in the College of Science. “Living near humans provides better food and shelter, but it also means more competition for these limited resources.”

The two man team, composed of Davies and assistant professor of biological sciences in the College of Science, spent the spring of 2015 measuring the territorial aggression of 35 urban and 38 rural male song sparrows at three rural and three urban sites in the New River Valley. Virginia Tech and Radford Uni campuses served as the urban sites, chosen for the high level of human interaction that animals here were assumed to have. Rural sites included Kentland Farm and Heritage Park.

Researchers played a recording of a male song sparrow at these locations and then observed the behavior of territory-holding birds to this simulated intrusion. Campus birds approached the speaker and remained near it, flapping their wings furiously, engaging in loud singing that later developed into “soft song” — a term that researchers use to describe the quiet, garbled noise that a bird makes before launching an attack. By contrast, rural birds still responded to the recording, but not as vigorously.

To make sure they weren’t testing the birds on their grumpyest, the researchers attached small leg bands on their legs to identify them. They checked each bird’s response twice, several weeks apart — suburban birds were more territorial on both occasions, suggesting that their aggressiveness persists throughout a breeding season.

The study gives us some insight into how cohabitation with humans affects wildlife – although many animals avoid habitats that are impacted by humans, some adjust and live in suburban, even urban habitats.

“This finding supports past research showing that urban birds are more aggressive in defending their territories,” said Kiki Sanford, a neurophysiologist who was not involved in the study.

“We need to understand widespread behavioral differences between various species of urban and rural bird populations to get an idea of how urbanization will affect their survival and diversity in the future. Testosterone and population density are the usual predictors for aggression, but there are other influential factors, like increased food availability in urban environments, that need to be examined.”

The full paper, titled “Agonistic urban birds: elevated territorial aggression of urban song sparrows is individually consistent within a breeding period” has been published in the journal Behavioral Ecology and can be read here.

According to a study from Women’s College Hospital and the Institute for Clinical Evaluative Sciences (ICES), Canada, it doesn’t matter whether you live in a rural or urban setting when it comes to heart disease – the risk if the same for both environments. The general consensus is that those living in rural areas are at a disadvantage as far as heart disease treatment is concerned, since they have less access to specialized facilities and turn out less regularly for checkups. The findings, however, show once a patient leaves the hospital their overall health outcomes are similar regardless of where they live.

No difference in heart disease prevalence between urban and rural 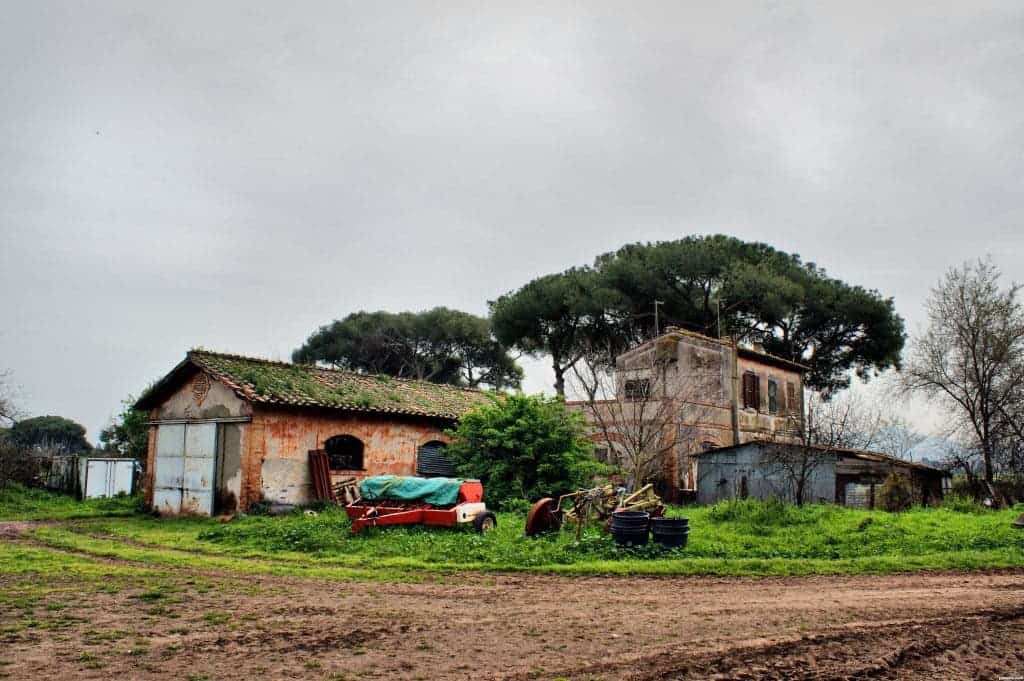 The researchers  examined the records of more than 38,000 people with chronic ischemic heart disease living in either urban or rural areas. The key behavioral differences when it comes to heart disease between the two demographics, as identified by the researchers, were that rural people:

Despite this discrepancy in access to health care facilities, this did not affect any of the two groups significantly, as reported in the journal Circulation: Cardiovascular Quality and Outcomes.

“From our study, we know that people with heart disease in rural areas tend to rely heavily on emergency departments for their care because of a lack of outpatient access to family doctors and specialists,” said Dr. Bhatia, also a scientist at ICES. “Yet, despite an increase in emergency department admissions in rural areas, we didn’t see worse health outcomes for these individuals.”

You can help reduce your risk of heart disease by taking steps to control factors that put you at greater risk: