Populations of oceanic sharks and rays have crashed by more than 70% over the past half a century, and it’s our fault. The decline is mostly owed to overfishing, a new study shows — but conservation policies can help.

The Union of Conservation of Nature (IUCN) has listed half of the world’s oceanic shark species as engendered or critically threatened. The giant manta ray is also endangered. Yet, this doesn’t seem to be nearly enough to protect these creatures.

Sharks and rays are landed for their meat, fins, gill plates, and liver oil, with catches increasing to an estimated peak of 63–273 million individuals in the early 2000s. The practice of shark finning, where sharks have their fins cut and then helplessly dumped back into the ocean, is still booming.

In the new study, researchers looked at data from 18 shark and ray species, measuring their abundance as well as their place on the list of threatened species. They created the first global census of sharks and rays and the results don’t look too good: there has been an overall 71% decline since 1970. The real situation could be even worse, because there isn’t sufficient data to look at trends back to 1950.

“What we’ve found is some really abundant animals that were really formerly highly abundant, wide-ranging, they’ve declined so steeply now they’re classified in some of the highest [extinction] threat categories,” Cassandra Rigby, one of the study’s authors, told ABC. “This jeopardizes the health of ocean ecosystems as well as food security in many poorer, developing nations.”

There were stark differences from area to area. In the Atlantic Ocean, following a long period of decline since 1970, populations began to stabilize at low levels after 2000. In the Pacific Ocean, abundances decreased steeply before 1990, and then declined at a slower rate. And in the Indian Ocean, shark abundances have declined steeply since 1970.

A thousand cuts — but one is particularly bad

The study showed sharks and rays can be affected by many factors such as climate crisis, oil and gas drilling, and ship strikes. But the main cause of decline has been by far overfishing. Proof of this is the twofold increase in fishing with longlines and seine nets, the gears used to catch oceanic sharks, during the past half-century, and the rapidly rising catch rates.

A previous study even estimated that an estimated 100 million sharks are killed by humans every year. This means between 6.4% and 7.9% of sharks of all species are killed annually, with little chance to replenish the population. The main culprit? The proliferation of shark finning to feed appetites for shark fin soup.

“We collate all information on all the threats as well — climate change, human disturbance. But in all of these 18 species the major threat really was fishing and harvesting,” said Rigby. “We aren’t protecting a vital part of our ocean ecosystems from overfishing, and this will lead to a continued decline in the health of our oceans.”

Rigby and her team highlighted some important improvements in conservation commitments in recent decades. Still, there’s a long way to go. Only a few countries impose catch limits specific to oceanic sharks, and fewer yet can demonstrate population rebuilding or sustainable fisheries for these species. Plus, obligations under wildlife treaties to restrict international trade of select species haven’t been well implemented.

Nevertheless, there are some encouraging findings, they noted. The white shark historically declined by an estimated 70% worldwide over the past half-century but is now recovering in several regions, aided by retention bans. Hammerhead shark populations are rebuilding in the Northwest Atlantic, thanks to stronger quotas in the US, and the blue shark is declining less than other species.

“It is possible to reverse shark population declines, even for slow-growing species, if precautionary, science-based management is implemented throughout the range of the species before depletion reaches a point of no return,” the researchers wrote.

The study has been published in the journal Nature.

Sharks and rays are among the most intensely studied marine wildlife. For some reason, though, we seem to have vastly underestimated their lifespan. According to an Australian researcher from James Cook University, some sharks and rays can live twice as long as previously estimated. 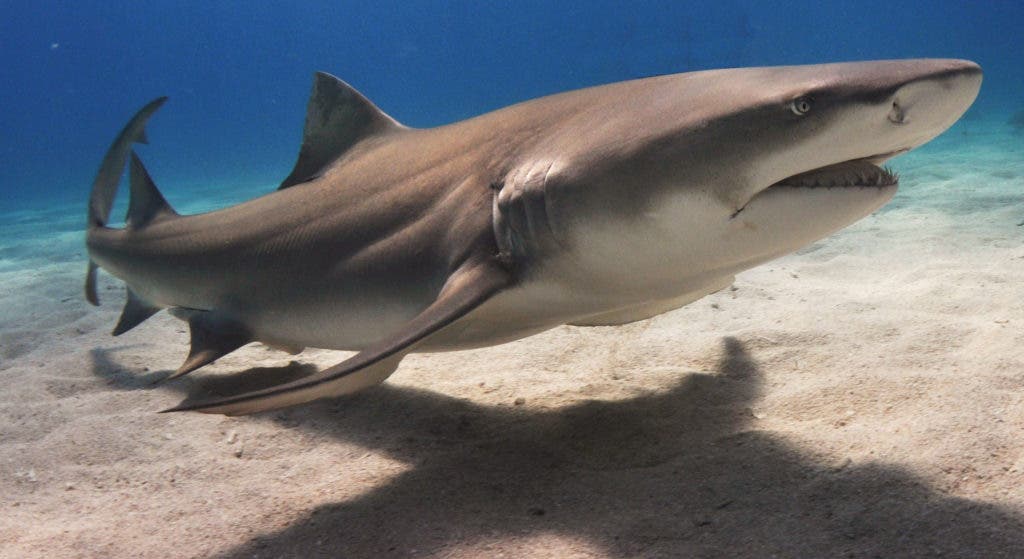 Dr Alastair Harry analyzed data for 53 different populations of sharks and rays finding that nearly a third of the studies which followed their lifespan had underestimated the animals’ ages. Grey nurse sharks (Carcharias taurus), can live up to 40-years-old, double the length of time first thought, and the age of New Zealand porbeagle sharks (Lamna nasus) had been underestimated by an average of 22 years, according to Harry.

To estimate the age of a shark, researchers typically count growth rings in their vertebrae. Alternatively, the measurement is confirmed by using other methods like tagging and injecting the animals with a fluorescent marker or by measuring the carbon isotopes accumulated in the animal tissue following the nuclear weapons testing of the 1950s.

“Age underestimation appears to happen because the growth rings cease to form or become unreliable beyond a certain size or age. Across the cases I studied age was underestimated by an average of 18 years, and up to 34 years in one instance. From the amount of evidence we now have it looks like the problem is systemic rather than just a few isolated cases,” Harry said in a statement.

Accurately gauging the age of marine life can be of vital importance, especially to industries involved in fishing which rely on age estimates to manage fishery stocks.

Previously, an underestimation of the orange roughy‘s lifespan led to poor fish stock productivity with long-term ecological and socio-economic impacts. Sharks and rays aren’t really sought after by fishermen but they do get caught in the net as bycatch and later are used as proxies. That means the impacts of age underestimation may well take longer to become apparent.

“It could lead to inefficient prioritisation of research, monitoring and management measures. If it’s as widespread and common as it seems from this study, the impacts could also be substantial from a wider scientific perspective, affecting the many disciplines that also use baseline life history data,” he said.