Pythagoras, an important philosopher, mathematician, and music theorist, was born on the island of Samos, probably in 585 BC. A lesser-known fact is that he enjoyed a good prank. Credit: Wikimedia Commons.

Known as one of the most enlightened minds of antiquity, Pythagoras of Samos left an invaluable legacy to the world. As a renowned mathematician, philosopher, and mystic, Pythagoras’ ideas were tremendously influential on the ancient world.

Whilst the 6th century BC Greek philosopher is foremost known for his mathematical innovations, such as his study of the property of numbers and his well-known geometric theorem that relates the sides of a right triangle in a simple way, not many people know he was also an accomplished inventor.

One of his many inventions is the Pythagorean cup, also known as the greedy cup – a clever and entertaining vessel designed to hold an optimal amount of wine, forcing people to imbibe only in moderation — a virtue of great regard among ancient Greeks.

If the user was too greedy and poured wine over the designed threshold, the cup would spill its entire content. Imagine the dismay and stupefaction a glutton felt when his precious brew perished on the floor.

Indeed, Pythagoras was always a professor at heart, and his contraption may have taught a couple of fellows about the virtue of moderation. But the ‘greedy cup’ also gives a lesson in ingenuity.

On the outside, the 2,500-year-old design looks like any other cup. However, when you make a cross-section, it becomes clear this is no ordinary vessel. At the center of the cup lies a mechanism consisting of a hollow pipe-like chamber that follows an opening, starting from the bottom of the liquid-holding part of the cup, up to the top of the central column that makes up the cup’s core, and back down 180 degrees out the bottom.

As the pipe curls over the top of the U-shaped central column, its floor marks an imaginary line. If you fill the cup over this horizontal line, the liquid will begin to siphon out the bottom and onto your lap or feet — the entire content of the cup, even the liquid below the line.

A Pythagoras cup you can find in Greece or online.

Cross-section of a Pythagorean cup.

The siphon is created due to the interplay between gravity and hydrostatic pressure. Water tends to flow from the area of high pressure to the area of low pressure. When the liquid level rises such that it fills the U-shaped chamber, the liquid will start to fall due to gravity. As gravity pulls the water column down the pipe of the Pythagorean cup, the lower pressure thus created on the other end causes the liquid to be overpowered, subsequently allowing itself to be “dragged” along, stopping only when the water level either falls below the intake or the outlet. Some modern toilets operate on the same principle: when the water level in the bowl rises high enough, a siphon is created, flushing the toilet.

According to one account, which may be more myth than history, Pythagoras got the idea for his fabled cup while supervising workers or students at a water supply project in Samos island. There, he was troubled by the debauchery of the workers, so he came up with this ancient prank to ensure they only drank in moderation.

Today, Pythagorean cups can be bought all over Greece at souvenir shops and can even be ordered on eBay. If you’re up for pranks, this is a great gift. Be wary of wine though since it stains. 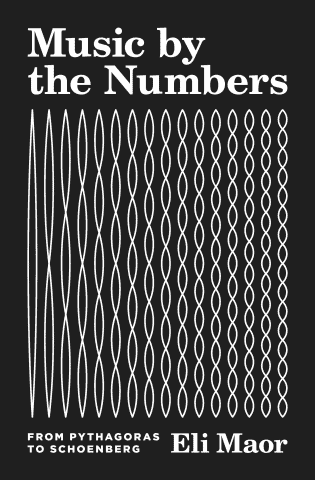 “Music by the Numbers: From Pythagoras to Schoenberg”
By Eli Maor
Princeton Press, 176pp | Buy on Amazon

Music is often said to be deeply connected to mathematics. Indeed, many of the world’s foremost classical composers such as Bach or Stravinsky claimed that music must have some math-like logic, but not much has been said about the influence music has had on mathematics. In his latest book, Eli Maor argues that the two have equally influenced each other, despite each advancing on their distinct, separate paths.

A former professor of the history of mathematics at Loyola University Chicago, Maor charmingly writes about how music has inspired mathematicians for centuries. The famous Greek philosopher and mathematician Pythagoras once said, “There is geometry in the humming of the strings, there is music in the spacing of the spheres.” It’s no surprise that Maor begins his book with Pythagoras, who was the first to establish the octave as a fundamental musical interval.

Noticing that certain ratios of string length produced pleasant combinations of sounds (consonances), whereas ratios of larger numbers produced dissonances, Pythagoras saw this as a sign that nature is governed by simple numerical ratios. For instance, by extrapolating his findings of vibrating strings, Pythagoras claimed that planets in motion also produce sounds and their ratios corresponded to tonal musical intervals in the Pythagorean scale. His idea would dominate scientific thought for thousands of years.

Perhaps the most famous example of how music has influenced science is the vibrating string problem, a 50-year-old debate that pitted Bernoulli, Euler, D’Alembert, and Lagrange — some of the greatest mathematicians of all time — against each other. Although they came close, the four just couldn’t settle the debate. However, Maor writes that their work “spearheaded the techniques needed to deal with the continuum, of which the vibrating string was but the simplest example.”

Maor goes on to weave further interesting connections between music and mathematics, ending with the simultaneous emergence of Einstein’s theory of relativity and Arnold Schoenberg’s twelve-tone music. Schoenberg’s twelve-tone or series scale enables composers to write atonal music whose rules dictate that no note is bound to any home key whatsoever. Instead, the notes are played relative to its predecessor — this way all systems of reference are equivalent to one another, just like in Einstein’s theory.

You don’t necessarily need either mathematical or music training to enjoy Music by the Numbers, as the author does a great job at explaining musical scales or linear algebraic equations. All in all, this was a great book that anyone with an interested in music, mathematics, or both will find engaging and useful.

If you have a good look at some of the underlying concepts of modern science, you might notice that some of our current notions are rooted in old scientific thinking, some of which originated in ancient times. Some of today’s scientists have even reconsidered or revamped old scientific concepts. We’ve explored some of them below.

4 Elements of the Ancient Greeks vs 4 Phases of Matter

The ancient Greek philosopher and scholar Empedocles (495-430 BC) came up with the cosmogenic belief that all matter was made up of four principal elements: earth, water, air, and fire. He further speculated that these various elements or substances were able to be separated or reconstituted. According to Empedocles, these actions were a result of two forces. These forces were love, which worked to combine, and hate, which brought about a breaking down of the elements.

What scientists refer to as elements today have few similarities with the elements examined by the Greeks thousands of years ago. However, Empedocles’ proposed quadruplet of substances bares resemblance to what we call the four phases of matter: solid, liquid, gas, and plasma. The phases are the different forms or properties material substances can take. 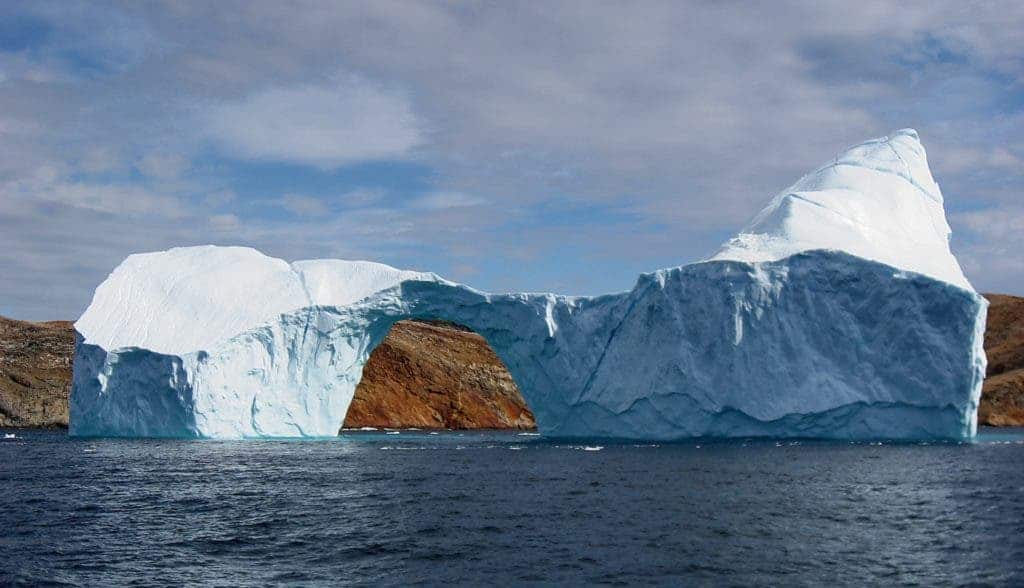 Water in two states: liquid (including the clouds), and solid (ice). Image via Wikipedia.

Compare Empedocles’ substances to the modern phases of matter. “Earth” would be solid. The dirt on the ground is in a solid phase of matter. Next comes water which is a liquid; water is the most common liquid on Earth. Air, something which surrounds us constantly in our atmosphere, is a gaseous form of matter.

And lastly, we come to fire. Fire has fascinated human beings for time beyond history. Fire is similar to plasma in that both generate electromagnetic radiation such as light. Most flames you see in your everyday life are not hot enough to be considered plasma. They are typically considered gaseous. A prime example of an area where plasma is formed is the sun. The ancient four elements have an intriguing correspondent in modern science.

Millennia ago, people held the notion that his world was flat. Picture a horizontal cooking sheet with a transparent glass bowl set on top of it. Primitive people thought of the Earth in much the same way. They considered the land itself as flat and the sky as a dome. However, early Greek philosophers such as Pythagoras (c. 570-495 BC) — who is also known for formulating the Pythagorean theorem — understood that Earth was actually spherical.

Fast forward to the 21st century. Now scientists are considering the scientific concept of the dome once again but in a much more complex manner.

Regardless of what conspiracy lovers would have you believe, the human race has ventured into outer space, leaving the face of the Earth to travel to the stars. In the face of all our achievements, some scientists actually question if reality is real, a mindboggling and apparently laughable idea.

But some scientists have wondered if we could be existing in a computer simulation. The gap between science and science fiction starts to become very fine when considering this.

This idea calls to mind classic sci-fi plots such as those frequently played out in The Twilight Zone in which everything the characters take as real turns out to be something entirely unexpected. You might also remember the sequence in Men in Black in which the audience sees that the entire universe is inside an alien marble. Bill Nye even uses the dome as an example in discussing hypothetical virtual reality. This gives one the feeling that he is living in a snowglobe.

The alchemists of the Middle Ages attempted to prove that matter could be transformed from one object into an entirely new object. One of their fondest goals they wished to achieve was the creation of gold from a less valuable substance. They were dreaming big, but such dreams have not yet come to fruition. Could it actually be possible to alter one type of matter into another?

Well, modern chemists may be well on their way to achieving this feat some day. They are pursuing the idea of converting light into matter, as is expressed in Albert Einstein’s famous equation. Since 2014, scientists have been claiming that such an operation would be quite feasible, especially with extant technology. 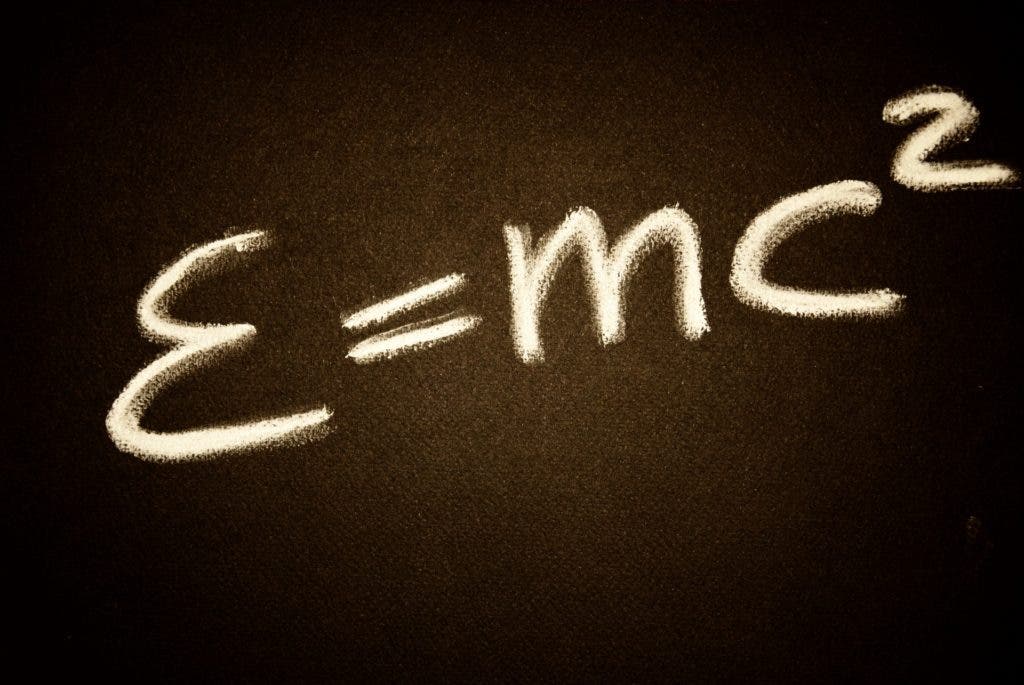 Light is made up of photons, and a contraption capable of performing the conversion has been dubbed “photon-photon collider.” Though we might not be able to transform matter into other matter in the near future, it looks like the light-to-matter transformation has a bright outlook.