Let’s face it: we’re never going to be happy with our battery life. Even if it’s better, it will still run out (usually when you need it most), but even a slight improvement is still an improvement: researchers at Purdue University in the US have developed a new tool for Android users that could increase your battery life by 16%. 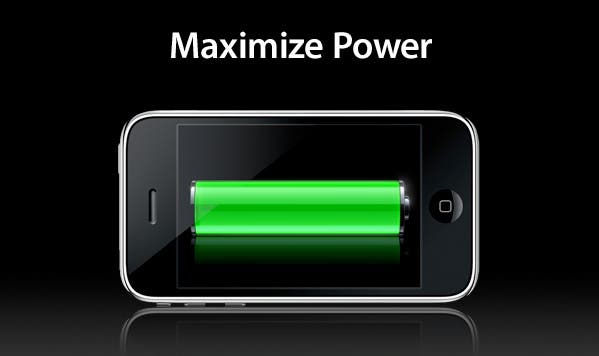 Image via Be Free Every Day.

Together with Intel and Indiana-based battery startup Mobile Enerlytics, the researchers studied the use of 2,000 Samsung Galaxy S3 and S4 smartphones across 191 mobile carriers in 61 countries, finding that almost half (45.9 percent) of the battery drain happens while the screen is off and we’re not actually using the phone. Most of this (28.9 percent) is guzzled up by apps that run in the background.

“This was the first large-scale study of smartphone energy drain ‘in the wild,’ or in everyday use by consumers,” said Y. Charlie Hu, a professor of electrical and computer engineering, in a press release.

While some of these apps are important and ensure that your communications systems are working properly… not all of them are.

Now, in a paper they presented at the Association for Computing Machinery MobiCom 2015 conference in Paris this month, they demonstrated a code-based solution, HUSH, that extends battery life by a sixth (16%). HUSH works by identifying which apps are useful for users and which aren’t. For example, frequent Facebook updates during screen-off may be useful to a user who checks Facebook feeds and reacts to notifications often, but maybe useless for someone else: HUSH analyzes your behavior and treats apps accordingly. The best part of all this? It’s completely free for download!

Here’s the code on GitHub. It hasn’t been packaged in the form of an app yet, but you can still use it. You can either use it now as it is, or wait until they turn it into an app. Enjoy your extra battery!

For decades, astronomers have believed that meteorites are the building blocks of our solar system – the lego blocks for planets. But a new study from scientists at MIT and Purdue University suggests that this may not be the case after all – and we’ve given meteorites too much credit.

An artist’s rendering of a protoplanetary impact. Early in the impact, molten jetted material is ejected at a high velocity and breaks up to form chondrules, the millimeter-scale, formerly molten droplets found in most meteorites. These droplets cool and solidify over hours to days.
Credit: NASA/California Institute of Technology

Meteorites are solid pieces of debris  asteroids or comets, that originate in outer space and survive the impact with the Earth’s surface. The name meteorite is typically used when the object enters Earth’s atmosphere and survives the fall and the crash to the Earth’s surface. If it doesn’t enter our planet’s atmosphere, the strictly correct term is meteoroid.This new study, based on computer simulations, concluded that there’s no way meteorites could have been the building blocks of planets. Instead, the research concluded that meteorites are just debris resulting from proto-planetary collisions during the early days of the Solar System. If this is true, then studying meteorites won’t yield information about how the planets were like in their early stages, as was previously believed.

“This tells us that meteorites aren’t actually representative of the material that formed planets – they’re these smaller fractions of material that are the byproduct of planet formation,” says Brandon Johnson of MIT’s Earth, Atmospheric and Planetary Sciences department. “But it also tells us the early solar system was more violent than we expected: You had these massive sprays of molten material getting ejected out from these really big impacts. It’s an extreme process.”

Johnson and his colleagues, including Maria Zuber, the E.A. Griswold Professor of Geophysics and MIT’s vice president for research, have published their results this week in the journal Nature.

[Also Read: The Only Carving from a Meteorite]

Collision models indicate that astral bodies like our Moon (and others of similar sizes) likely formed way earlier than was previously believed, and way before chondrites formed. Chondrites are stony (non-metallic) meteorites that have not been modified due to melting or differentiation of the parent body.

“If this finding is correct, then it would suggest that chondrites are not good analogs for the building blocks of the Earth and other planets,” said University of Chicago Associate Professor of Planetary Science, Fred Ciesla. “Meteorites as a whole are still important clues about what processes occurred during the formation of the Solar System, but which ones are the best analogs for what the planets were made out of would change.”

If this finding is true, then we should reanalyze what we know about the early stages of the Solar System. Image via IOP.

If this is the case, then meteorites are in fact byproducts, and not building blocks, and we’ll have to revise what we think about the early stages of the solar system.

“Chondrules were long viewed as planetary building blocks,” Zuber notes. “It’s ironic that they now appear to be the remnants of early protoplanetary collisions.”

However, not all computer simulations are accurate, and this is going to need some confirmation before it is viewed as a fact, but it casts a big shadow over something which was regarded as a near certainty for the longest of time.

“This would be a major shift in how people think about our solar system,” says Ciesla, who did not contribute to the research. “If this finding is correct, then it would suggest that chondrites are not good analogs for the building blocks of the Earth and other planets. Meteorites as a whole are still important clues about what processes occurred during the formation of the Solar System, but which ones are the best analogs for what the planets were made out of would change.”