The world’s foremost athletes owe their peak performance to both good genes and tremendous hard work — but that’s not all. According to a new study, microbes that are only found in the guts of athletes may enhance endurance, helping them perform better than regular people who live a sedentary lifestyle.

The findings were reported by researchers at Harvard University who initially analyzed stool samples from 15 competitors in the 2015 Boston Marathon. At the time, the researchers found high levels of a microbe called Veillonella, which spiked after an intense workout and skyrocketed after the marathon. This bacteria is known for breaking down lactate — a byproduct constantly produced in the body during normal metabolism and exercise. It’s what causes aching legs in runners during the last portion of a long race.

A side effect of high lactate levels is an increase in the acidity of the muscle cells, along with disruptions of other metabolites. The same metabolic pathways that permit the breakdown of glucose to energy perform poorly in this acidic environment. It might seem odd that working muscles would produce a substance that would slow their capacity for more work. However, there’s a good reason: lactate accumulation prevents permanent damage during extreme exertion by slowing down biological systems that are required for muscle contraction.

The Harvard researchers later confirmed these findings in another study involving 87 other athletes. Then, in an experiment involving only mice, the researchers colonized a strain of Veillonella collected from one of the athletes. The rodents which had the bacteria in their guts could run 13% longer on treadmills — a huge performance boost in the ultra-competitive world of elite sports where races can be won or lost due to a split-second difference.

The findings support the idea that lactate metabolism is an important component of extreme athlete performance. Previously, other studies had also shown that the microbiomes of athletes differ from those of sedentary individuals.

In the future, the researchers would like to find out if they can augment endurance performance in humans as they did in mice. They would also like to see whether the endurance boost is due to the propionate’s anti-inflammatory properties. Perhaps one day you’ll be able to buy lab-made probiotics that contain Veillonella and other endurance-enhancing bacteria — that’s already the goal at an American startup called Fitbiomics. There’s also the possibility that the microbiomes of super-athletes might contain bacteria that help prevent diseases like irritable bowel syndrome, which is another compelling avenue of research.

The findings were reported in the journal Nature Medicine.

Taking a fish oil capsule daily during pregnancy and the first few months of breastfeeding can reduce your baby’s risk of egg allergy by 30%, a new study has found. 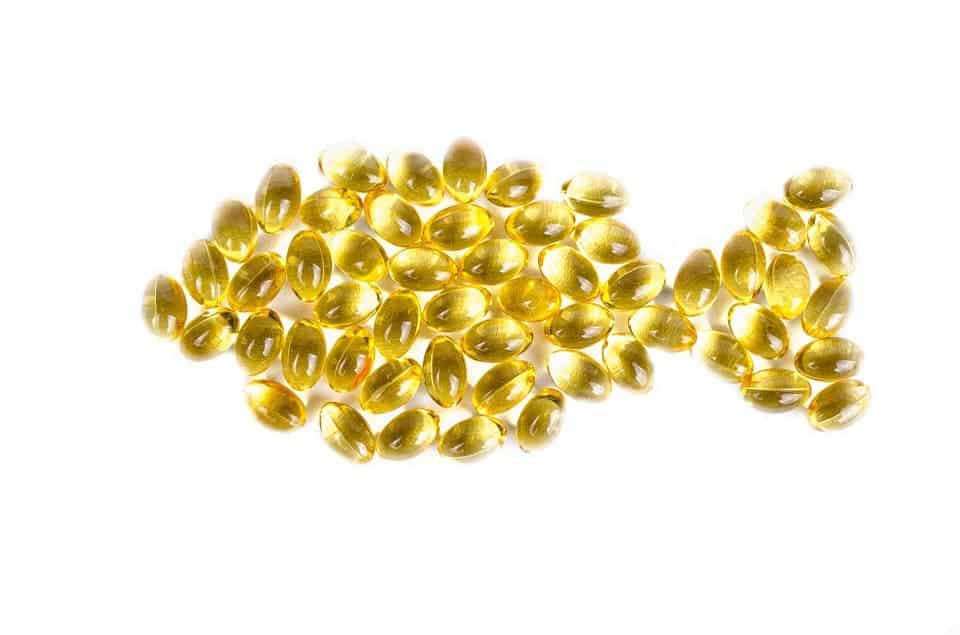 Researchers from the department of medicine at Imperial College London say that omega-3, a polyunsaturated fatty acid found in fish oil, has positive, anti-inflammatory effects.

According to a 2014 study, the lifetime self-reported prevalence of common food allergies in Europe ranged from 0.1 to 6.0%. In the UK, one in 20 children suffers from food allergies, such as nut, egg, milk or wheat allergies. Food allergies are caused by chaotic functioning of the immune system, that overreacts to some types of foods. Common symptoms of food allergies include rashes, swelling, vomiting, and wheezing.

For the study we’re discussing today, the team looked at data collected from 19 trials of fish oil supplements taken during pregnancy, involving a total of 15,000 participants. They report that the reduction in allergy risk equated to 31 fewer cases of egg allergy per 1,000 children. Afterward, they also analyzed the effect of probiotic supplements taken during pregnancy and discovered a 22% reduction in the risk of eczema development in children up to the age of three.

“Our research suggests probiotic and fish oil supplements may reduce a child’s risk of developing an allergic condition, and these findings need to be considered when guidelines for pregnant women are updated,” says Dr. Robert Boyle, lead author of the research.

The NHS advises that it’s better to eat fish than take fish oil supplements, fish being an excellent source of nutrients that are good for pregnant women‘s health and for their unborn baby’s development. The main reason for this is that eating liver and liver products such as liver pâté, liver sausage or fish liver oil supplements such as cod liver oil may contain too much vitamin A, and that can harm unborn babies. The NHS also recommends that tuna and oily fish consumption should be limited, while some types of fish should be avoided completely, such as shark. Also, don’t eat raw shellfish when pregnant, as it can cause food poisoning.

Avoiding foods such as nuts, dairy, and eggs during pregnancy made no difference to a child’s allergy risk. Also, fruit, vegetables, and vitamins seemed to have no repercussion on allergy risk either, the study published in the journal PLOS Medicine showed.

If you needed yet another reason to drink beer, science just gave it to you. Researchers from the National University of Singapore (NUS) just developed a new type of probiotic beer which could improve your immune system and neutralize pathogens and toxins.

The idea of developing a healthy, probiotic beer, came from Miss Chan Mei Zhi Alcine, a fourth-year student from the Food Science and Technology Programme at the NUS Faculty of Science. Chan realized that while the market abounds with dairy-based probiotics, there’s another huge untapped market for probiotics: beer. Due to its nature, beer is a fertile ground for probiotics, and the craft beer phenomenon has been growing at a staggering rate in many parts of the world — so why not blend the two?

“The health benefits of probiotics are well known. While good bacteria are often present in food that have been fermented, there are currently no beers in the market that contain probiotics. Developing sufficient counts of live probiotics in beer is a challenging feat as beers contain hop acids that prevent the growth and survival of probiotics. As a believer of achieving a healthy diet through consuming probiotics, this is a natural choice for me when I picked a topic for my final-year project,” said Miss Chan, who will be graduating in July 2017.

Working with Associate Professor Liu Shao Quan, she used a strain of Lactobacillus paracasei called L26, which seems to be particularly promising. The probiotic gives a strong taste with pleasant aromas, and the beer itself is quite light — with only 3.5% alcohol.

“For this beer, we used a lactic acid bacterium as a probiotic microorganism,” explains Chan Mei Zhi Alcine, who developed the beer, in a statement. “It will utilise sugars present in the wort to produce sour-tasting lactic acid, resulting in a beer with sharp and tart flavors. The final product, which takes around a month to brew, has an alcohol content of about 3.5 percent.”

Now, we’ll be the first to breathe in a healthy dose of skepticism when it comes to probiotics. Studies have often been contradictory or inconclusive when it comes to probiotics, and they’re certainly given much more credit than they deserve on the market. However, Lactobacillus paracasei L26 was documented as having immune-boosting properties in mice — though this has yet to be confirmed in humans. They’ve already taken out a patent for the recipe to sell it commercially, which means we won’t be seeing a peer-reviewed study on the beer and a decisive verdict on its positive properties. Still, Liu is confident that the bacterium strain, which was isolated from the human gut, will make for a delicious and healthy beer, which he expects people to enjoy.

“The general health benefits associated with consuming food and beverages with probiotic strains have driven demand dramatically. In recent years, consumption of craft or specialty beers has gained popularity too. Alcine’s invention is placed in a unique position that caters to these two trends. I am confident that the probiotic gut-friendly beer will be well-received by beer drinkers, as they can now enjoy their beers and be healthy.”

It’s not the first attempt to create a beer with secondary healthy effects. In 2008, Rice University researchers brewed an “anti-cancer beer” though we haven’t heard much of it since. While not really the same approach, another cool project was delivered by a small brewery in Scandinavia — PangPang Brewery developed what they call the perfect shower beer. People have brewed beer for millennia, I’m really happy to see this type of innovations finally kicking in.