From parks to sports fields, green spaces are an essential component of urban ecosystems. They are a refuge from the noise of the city, they filter harmful pollution, provide routes for walking, and even prevent many premature deaths per year, according to a new study.

US and Spanish researchers concluded that by increasing tree coverage to 30% of the land area in Philadelphia, United States, over 400 premature deaths could be prevented every year — leaving the city with an economic benefit of $4 billion.

“Achieving this goal does not come without challenges. Large tree planting initiatives are faced with many problems, including losses from climate change, tree pests and invasive species, and urban development”, explained Michelle Kondo, first author of the study, in a statement.

The team led by members of the US Forest Service and the Barcelona Institute for Global Health carried out a health impact assessment, estimating the number of all-cause deaths that could be prevented if green spaces in a whole city were increased.

Three scenarios were identified for the city of Philadelphia for 2025. The most ambitious was based on the current goal as set by the City Council for an increase in tree coverage to 30% of land area in each of the city’s neighborhoods. The current coverage is 20% for the city as a whole.

The researchers obtained data of the existing canopy from aerial and satellite images, which allowed them to measure tree coverage. They concluded that the 30% target for the city would prevent 403 premature deaths, highlighting that even lower increases in the canopy would also bring benefits.

“Although every city has its own characteristics, this study provides an example for all the cities in the world: many lives can be saved by increasing trees and greening urban environments, even at modest levels,” said Mark Nieuwenhuijsen, the study coordinator.

The study also showed that neighborhoods with a low socioeconomic level would benefit most from any increase in green spaces. Many of the deaths prevented would be in the poorest areas of Philadelphia, even with a moderate increase in the number of trees.

Previous research has shown that green spaces in urban settings are associated with benefits for the physical and mental health of the city’s residents. A recent review showed that residential green spaces can protect against premature all-cause mortality.

The study was published in the journal The Lancet Planetary Health.

Hopefully, most people are aware that sugary drinks such as soda or energy drinks aren’t exactly healthy — to put it lightly. However, a new study suggests that consuming even a single sugary drink a day can dramatically increase a person’s risk of premature death from heart disease. The risk was especially pronounced for women. 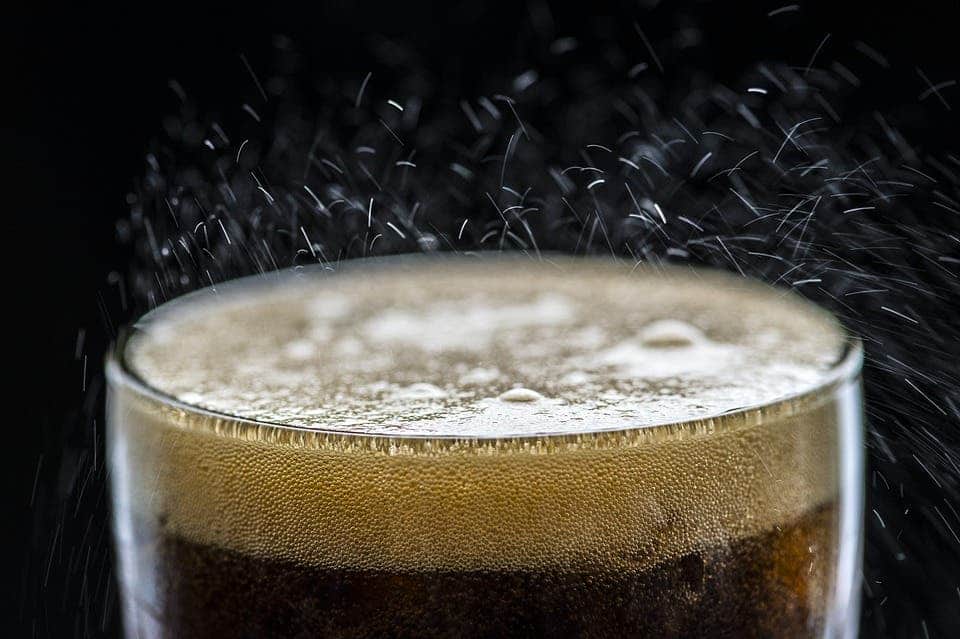 Researchers at the Harvard T. H. Chan School of Public Health analyzed two datasets of 80,647 women and 37,717 men working in the healthcare sector, running from 1980 to 2014. Every two years, each participant had to answer a series of questionnaires that evaluated their lifestyle and health.

After adjusting for diet and other lifestyle factors, the researchers found that the more sugary drinks a person consumes during a given time frame, the higher the risk of an early grave.

Compared to those who drank a sugary drink once per month, individuals who consumed one to four sugary drinks per month had a 1% increased risk of premature death. However, the risk jumped dramatically with just a few added drinks. Those who drank two to six sugary beverages per week had a 6% increase, one to two a day saw a 14% increase, while two or more drinks led to a 21% increase.

“Our results provide further support to limit intake of sugar-sweetened beverages (SSBs) and to replace them with other beverages, preferably water, to improve overall health and longevity,” said Vasanti Malik, research scientist in the Department of Nutrition and lead author of the study.

Previously, studies showed that sugary drinks — such as soft drinks, fruit drinks, energy drinks, and sports drinks — are the single largest source of added sugar in Americans’ diet. Although doctors recommend consuming no more than 10% of daily calories from added sugars, many people overindulge. Sugary drink intake is especially growing in developing countries as more and more people move to cities and due to aggressive beverage marketing.

“These findings are consistent with the known adverse effects of high sugar intake on metabolic risk factors and the strong evidence that drinking sugar-sweetened beverages increases the risk of type 2 diabetes, itself a major risk factor for premature death. The results also provide further support for policies to limit marketing of sugary beverages to children and adolescents and for implementing soda taxes because the current price of sugary beverages does not include the high costs of treating the consequences,” Walter Willett, a Harvard professor of epidemiology and nutrition, said in a statement.

The researchers also looked at the risks of consuming artificially sweetened beverages, finding that replacing soda with diet soda was linked to a lower risk of premature death. This may be due to the “reverse causation” effect — that is, the people may have switched to diet drinks because of their existing heart disease risks. But that’s not to say that artificially sweetened beverages are totally safe. Intaking more than 4 diet sodas a day was associated with a higher risk of mortality among women. Previously, researchers from the Albert Einstein College of Medicine in New York found that women over the age of 50 who consumed two or more artificially sweetened diet beverages were 31% more likely to have a clot-based stroke and 29% more likely to have heart disease.

The findings appeared in the journal Circulation.