Researchers have discovered the second species of Jurassic bird capable of flight and christened it Alcmonavis poeschli. 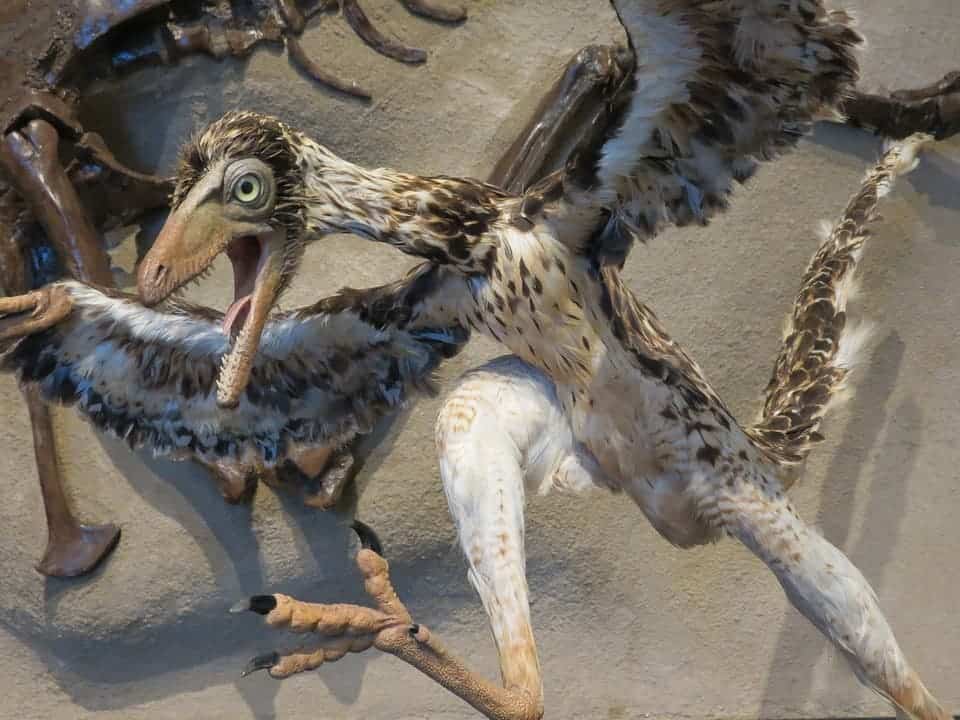 The fossilized remains of the earliest-known primal bird were discovered in 1861. Since then, this species (Archaeopteryx) has been considered the only bird to live during the Jurassic period. As such, it was the direct ancestor of all of today’s birds, as well as the oldest-known flying representative of the bird family.

However, a group of researchers led by Professor Oliver Rauhut from the Department of Earth and Environmental Sciences as well as the Bavarian State Collection of Paleontology and Geology repot finding a new, previously unknown bird from the same period: Alcmonavis poeschli.

“At first, we assumed that this was another specimen of Archaeopteryx. There are similarities, but after detailed comparisons with Archaeopteryx and other, geologically younger birds, its fossil remains suggested that we were dealing with a somewhat more derived bird,” says Rauhut, a paleontologist at the Department of Earth and Environmental Sciences as well as the Bavarian State Collection of Paleontology and Geology.

All the fossils of Archaeopteryx we’ve found so far were recovered from the Altmühl Valley, which is part of the Solnhofen Archipelago in Germany. During the Jurassic (around 150 million years ago), this region comprised mostly of reef islands, basically a subtropical lagoon landscape. In such an environment, flight was definitely an advantage.

It seems that Archaeopteryx wasn’t the only one to figure this out. Rauhut’s team has taxonomically identified the new species from the fossilized remains of one of its left wings. They report that Alcmonavis poeschli was somewhat larger than Archaeopteryx and was probably the better flier out of the two species. Alcmonavis seems to have traits more similar to today’s birds than Archaeopteryx, suggesting that it was better adapted to active flight (the one that involves flapping wings) than the latter. The discovery also suggests that Jurassic skies saw more traffic than we’d assumed up to now.

“The wing muscles indicate a greater capacity for flying,” Rauhut says about the new species, adding that its discovery “suggests that the diversity of birds in the late Jurassic era was greater than previously thought.”

The new species will likely also re-galvanize discussions around the evolution of active flight. We’ve previously seen some of the efforts researchers are using to find out when this ability first evolved, but the species they looked at in that study, Caudipteryx, lived in the early Cretaceous period — roughly 20 million years after Archaeopteryx and Alcmonavis. By contrast, Alcmonavis’ wing suggests that the “evolution of flight must have progressed relatively quickly,” says Dr. Christian Foth from the University of Fribourg (Switzerland), one of the co-authors of the study.

As for the name, Alcmonavis was named for the old Celtic word for the river Altmühl, Alcmona, and its discoverer Roland Pöschl, who leads the excavation at the Schaudiberg quarry where the fossil was discovered. The team explains that a fossil of Archaeopteryx was also discovered in the same unit of limestones as the new species — evidence that the two species lived during the same period.

The paper “A non-archaeopterygid avialan theropod from the Late Jurassic of southern Germany” has been published in the journal eLife.