Earlier this month, we were telling you how California’s pledge to generate 100% green energy for its grid by 2045 made it past the state’s Senate. All it needed to be enshrined into law was Gov. Jerry Brown’s signature. I’m very pleased to announce that Gov. Brown went above and beyond the signature of duty. 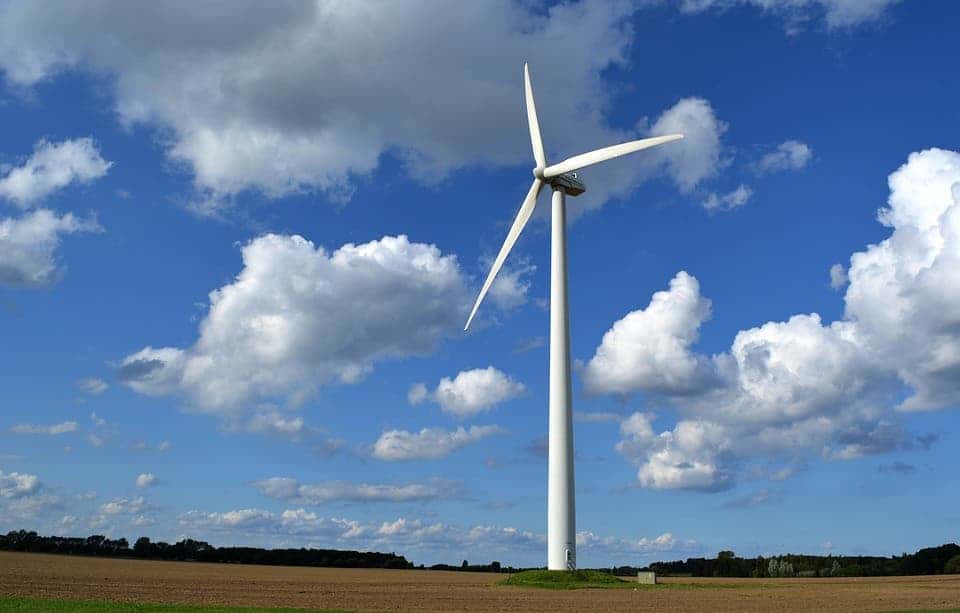 After approving the bill (on Monday), today Brown went on to issue an executive order by which he required the state to become carbon-neutral by 2045. The move essentially takes California’s pledge to the next level  — whereas, originally, the goal was to power the grid exclusively through renewable energy, the golden state now has to remove as much greenhouse gas as it pumps out in the atmosphere.

“The achievement of carbon neutrality will require both significant reductions in carbon pollution and removal of carbon dioxide from the atmosphere, including sequestration in forests, soils, and other natural landscapes,” Brown’s executive order states.

The move definitely propels California to the forefront of decarbonization efforts. It is the second U.S. state to formally include such a pledge in its legislation (the first one was Hawaii). It’s also one of the most populous U.S. states and the most powerful economy in the world to embark on such a dramatic ecological campaign to date.

Still, that’s not to say it’s going to be a walk in the park. Although California has phased coal out of its statewide energy mix, it still draws massively on natural gas plants for its electricity needs. For it to have any chance of achieving the desired target by 2045, the state will need to draw heavily on wind, solar, geothermal, and hydroelectric power. Seeing as the state recently moved to close its last nuclear power plant, it’s unlikely atom-splitting will help power California.

On the other hand, it will also have to increase its energy capacity and design incentive schemes to improve energy efficiency at all levels — industrial, commercial, as well as residential.

The exact wording of the original bill also leaves officials a much-needed fallback space. It states that electricity production has to be zero-emissions so, in theory, it could use carbon capture technologies to still reach that goal should the state run into any problems decommissioning its natural gas plants. Despite leaving them some room to maneuver, the bill doesn’t leave officials any room to cheat — the bill specifically forbids California from increasing the carbon emissions of another state to get cheap energy.

So, for example, the state could buy power from a coal plant based in Nevada if that electricity had been supplied prior to the bill’s passing, but not from a new gas-powered source in Arizona.

Needless to say, it’s a mammoth undertaking from an economy larger than the UK‘s. Gov. Brown’s executive order only makes it that more ambitious. Pile the order’s express requirement that “all policies and programs undertaken to achieve carbon neutrality shall seek to improve air quality and support the health and economic resiliency of urban and rural communities, particularly low-income and disadvantaged communities,” on top, and you get a seemingly insurmountable task.

And yet, it feels like the right thing to do, doesn’t it?

International efforts to develop a vaccine are underway following the Nipah virus outbreak in southern India earlier this week.

The global threat that Nipah poses has determined the Coalition for Epidemic Preparedness Innovations (CEPI) — an international alliance of governmental and non-profit organizations — to act against the deadly virus. In a statement released yesterday, CEPI announced it would grant up to $25 million over the next five years towards the development of a vaccine.

A Nipah virus outbreak in Kerala, western India, has sparked global concerns. The virus had previously been placed on the watchlist of risky, potentially epidemic pathogens by the World Health Organization (WHO), and the death toll continues to rise: currently, it seems to be over 12, but it’s hard to find sources that agree on the exact number as the outbreak is still ongoing. Many more are kept under observation as they are suspected to have contracted the virus. Two persons in the neighboring state of Karnataka are also under observation.

In an effort to nip the thread in the bud, CEPI will grant up to $25 million over the next five years to US-based pharma firms Profectus BioSciences and Emergent BioSolutions in order to develop a vaccine against Nipah. Currently, there is no known treatment against the virus, which proved fatal in 70% of recorded cases.

“The current outbreak of Nipah in India, the government of which is one of CEPI’s founders, demonstrates that this is a deadly pathogen that has already travelled thousands of kilometres, (and) has serious epidemic potential and the ability to surprise us,” Richard Hatchett, CEO of CEPI, said in a statement.

Nipah first spread through contact with the saliva, urine, or feces of fruit bats. The first recorded outbreak occurred in a Malaysian village in 1999, causing over 100 deaths. The event also showed Nipah’s ability to infect and spread from pigs. Further outbreaks have occurred almost every year in Bangladesh, and twice in West Bengal, an Indian state. Between 1998 and 2015, over 600 cases have been recorded in total, according to the WHO.

Although the outbreaks revealed that Nipah can be spread by contact with infected patients, fruit bats are currently considered to be one of its most prolific spreaders. Local authorities reported finding mangoes bitten by bats in the home of three suspected Nipah victims.

Early symptoms resemble those of influenza — fever, muscle ache, headache, drowsiness, respiratory illness, disorientation and mental confusion. If the disease progresses, it can seriously affect the respiratory and central nervous systems, and even lead to encephalitis (brain inflammation). The symptoms can progress to coma within 24-48 hours.

Without a dedicated vaccine, doctors can currently only treat the fever and neurological symptoms. The WHO recommends avoiding contact with sick pigs or bats in endemic areas, as well as not drinking raw date palm sap as precautions against infection.

With funding from CEPI, Profectus BioSciences and Emergent BioSolutions will be working on a vaccine for humans based on virus technology developed over 15 years ago by researchers Christopher Broder and Katharine Bossart at the Uniformed Services University of the Health Sciences, writes Quartz. However, it could take years before the vaccine is ready for clinical use.