The origin of humans and our closest cousins, the Neanderthals, has been hotly debated. Now, a new study suggests that the two lineages diverged much earlier than anticipated — and the key might lie in modern-looking teeth. 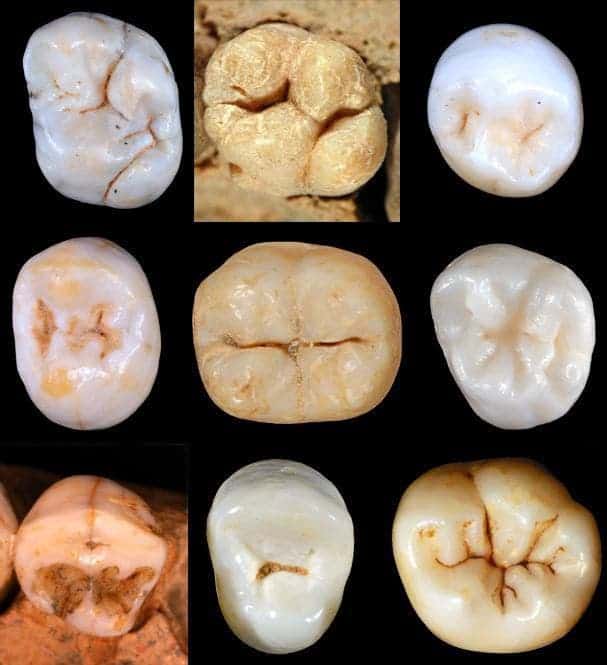 The Atapuerca Mountains in north-eastern Spain might not look like much. They feature gentle slopes and a rather dry landscape, interrupted from place to place by forests and the occasional river. But these mountains hold a karstic environment that is key to understanding how humans came to be, and what life was for our early ancestors.

The most important site is a cave called Sima de los Huesos (Pit of Bones). Anthropologists have recovered over 5,500 human remains which are at least 350,000 years old. The remains belong to 28 individuals of Homo heidelbergensis, an archaic hominin that lived from approximately 700,000 years to 300,000 years ago. Researchers also found fossils of cave bears and some remarkable tools and structures developed by these ancient humans.

In 2016, nuclear DNA analysis showed that remains from some individuals belong to Neanderthals, also suggesting that the divergence between Neanderthals and Denisovans (more enigmatic cousins of ours) happened at least 430,000 years ago. Now, Aida Gómez-Robles, an anthropologist at University College London, believes the cave might also have some clues as to when Neanderthals split from humans.

Gómez-Robles studies what makes humans distinct from other primate species, despite our genetic similarities. She also looks at teeth, in particular, using dental variations to assess the evolutionary relationships of fossil hominins. She believes that the Neanderthal teeth found in the cave look more modern than they should, which offers two possibilities: either the teeth evolved unusually quickly (and there’s no reason to believe that that might be the case) or, as she believes, the teeth had more time to evolve. If the latter is true, then this would mean that Neanderthals split up from our own lineage earlier than expected: some 800,000 years ago.

“There are different factors that could potentially explain these results, including strong selection to change the teeth of these hominins or their isolation from other Neanderthals found in mainland Europe. However, the simplest explanation is that the divergence between Neanderthals and modern humans was older than 800,000 years. This would make the evolutionary rates of the early Neanderthals from Sima de los Huesos roughly comparable to those found in other species.”

Previously, DNA analyses have generally indicated that the lineages diverged around 300,000 to 500,000 years ago. This was very important for anthropological context since researchers took it as a temporal anchor for interpreting other findings. However, anatomical evidence (such as the teeth in the Pit of Bones) seems to contradict this timeline. All the evidence we have seems to suggest that dental shape has evolved at very similar rates across all hominin species, so there’s not much reason to believe Neanderthals would be an exception. It’s a strong argument and a plausible scenario.

“The Sima people’s teeth are very different from those that we would expect to find in their last common ancestral species with modern humans, suggesting that they evolved separately over a long period of time to develop such stark differences,” Gómez-Robles adds.

However, not everyone is convinced. Paleoanthropologist Rick Potts, director of the Smithsonian’s Human Origins Program says that it’s an interesting find, but there’s not enough evidence to counterbalance the previous molecular and DNA results. It’s also unclear why only teeth seem to be heavily evolved — the rest is in accordance with the 300,000-500,000 timeline.

There’s also another complication: hybridization. Neanderthals have been found to interbreed with humans and Denisovans, and during this period, with populations being separated from each other, adapting to a particular environment, and then being re-united and starting breeding again — we don’t really know what the effect of that might have on tooth evolution.

Without additional evidence, the jury is still out regarding the early evolution of these hominin species, but this new study goes to show just how complex our evolutionary history is, and how difficult it is to uncover the intricacies that led to the development of humans and our cousins.

The study was published in Science Advances.