It’s very small and incredibly old – scientists have found the egg of a 240 million year old parasite – a pinworm, to be more precise. It’s the oldest pinworm ever found, and one of the oldest evidences of parasitism ever found. 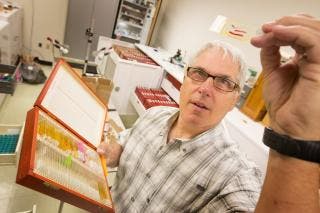 The pinworm, also known as threadworm, is a parasitic intestinal worm, pretty common in humans. The pinworm has a virtually global distribution, with infections occurring everywhere. But as researchers found, the relationship between pinworms and mammals goes way back – back to when there weren’t any mammals, in fact.

Scott Gardner, a parasitologist and director of the Harold W. Manter Laboratory of Parasitology at the University of Nebraska-Lincoln was a member of the team which found the parasite egg in a coprolite – fossilized feces.

“This discovery represents a first for our team and I think it opens the door to finding additional parasites in other species of fossil organisms,” he said. 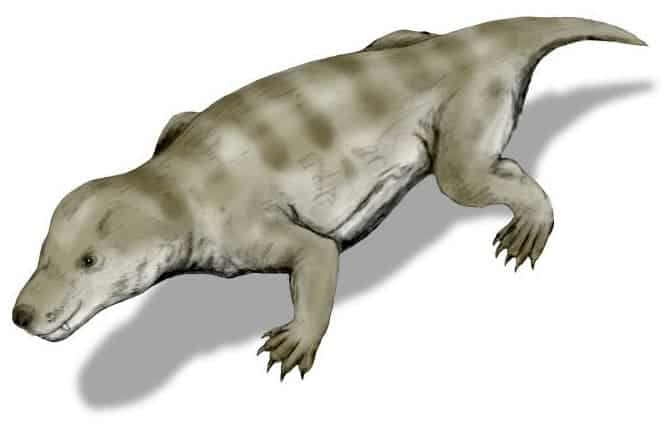 A cynodont – Thrinaxodon from the Early Triassic of South Africa. Image via Wiki Commons.

The coprolite was collected in 2007 at an excavation site in Rio Grande do Sul state in southern Brazil. The site had abundant fossils of cynodonts (therapsids that are believed to be among the ancestors of mammals), and the coprolite probably belongs to a cynodont. Early cynodonts have many of the skeletal characteristics of mammals and probably had some sort of primitive warm blood metabolism. Some paleontologists believe they had fur, though others disagree; some cynodonts also featured whiskers.

It’s likely that as cynodonts started to evolve into mammals, the parasitic relationship also evolved. It’s remarkable that pinworms were “loyal” for such a long period of time – over 240 million years. As for the pinworm itself, it is a “new” species – a species currently unknown to science. So far, it has been temporarily named Paleoxyuris cockburni, in honor of Aidan Cockburn, founder of the Paleopathology Association.

Paleoparasitology (the science of studying very old parasites) started to emerge in the 20th century, and since then, scientists have identified parasites as old as 500 million years. It is a mix between parasitology (the study of parasites) and paleontology (the study of very old organisms). The primary sources of paleoparasitological material include mummified tissues, coprolites (fossilised dung) from mammals or dinosaurs, fossils, and amber inclusions. But most of the time, paleoparasitologists have to work like criminal detectives – establishing if the creature was in fact a parasite, and if yes, then what was its relationship to its host and how this relationship evolved through the ages. This study is important not only for understanding our biological and geological past, but also for understanding how parasites may evolve in the future.

Via University of Nebraska Lincoln.