All APODs are spectacular in their own way – but every once in a while, there’s one that’s just amazing. This is the case with Petr Horálek‘s picture of the Perseids. 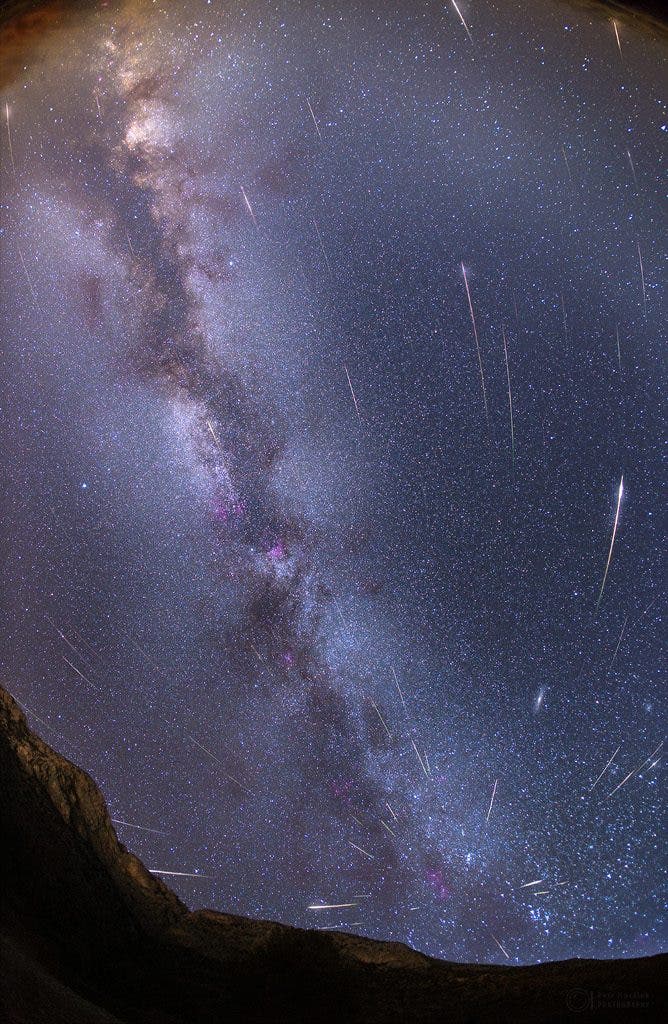 “The Perseid meteor shower last occurred near a New Moon in 2013. That’s when the exposures used to construct this image were made, under dark, moonless skies from Hvar Island off the coast of Croatia. The widefield composite includes 67 meteors streaming from the heroic constellation Perseus, the shower’s radiant, captured during 2013 August 8-14 against a background of faint zodiacal light and the Milky Way. The next moonless Perseid meteor shower will be in August 2018,” NASA writes.

For people of the Northern Hemisphere (North America, Europe, Asia and a healthy chunk of Africa), late July and August is usually meteor viewing season; usually, the most spectacular displays take place during mid August – the Perseids, of course. This year, 2012, will be a fairly good but not spectacular one for meteor showers, as the Perseids coincide with a waning crescent Moon, which although spectacular, will mostly be a nuisance for perspective observers.

Typically, the second half of the year is filled with such meteoric activity, typically observable in the predawn hours, compared to evening, noon and night, due to the fact that during the night we are on the “trailing” side of Earth, due to the orbital motion through space.

An interesting phenomena which can be observed is the radiant point; due to the fact that meteor shower particles are all traveling in parallel paths, and at the same velocity, they will all appear to an observer below to radiate away from a single point in the sky. The radiant point is caused by the effect of perspective, just like we see railroad tracks converging at a single vanishing point on the horizon when viewed from the middle of the tracks.

Of course, in order to ‘catch up’ with Earth, any meteoric particle must have a higher orbital velocity than our planet, but after midnight, the roles change, and any particle that lies along the Earth’s orbital path will enter our atmosphere as a meteor.

All you need, aside from your eyes, is a healthy amount of patience – you can do just fine without any equipment at all. Of course, taking a look at local meteorological conditions and predictions is a move you must make, in order to see if the sky is clear enough to allow a clear view of the meteor shower. The actual number of meteors an observer can see greatly depends on sky conditions.

Dark, moonless skies are best for observers, but even with a bright moon, an experienced viewer on a clear night will most likely go home satisfied. However, it’s best if your eyes get used to the darkness, which is why it’s best to go out at least 15 minutes before the expected meteor shower. After August 10, the moon will also diminish to a crescent phase and will become less of a disturbance to viewers.