Neuroscientists at the Karolinska Institute in Stockholm, Sweden have found that they can make people “feel” the space immediately around them. The participants describe the sensation like a “force field” surrounding them. 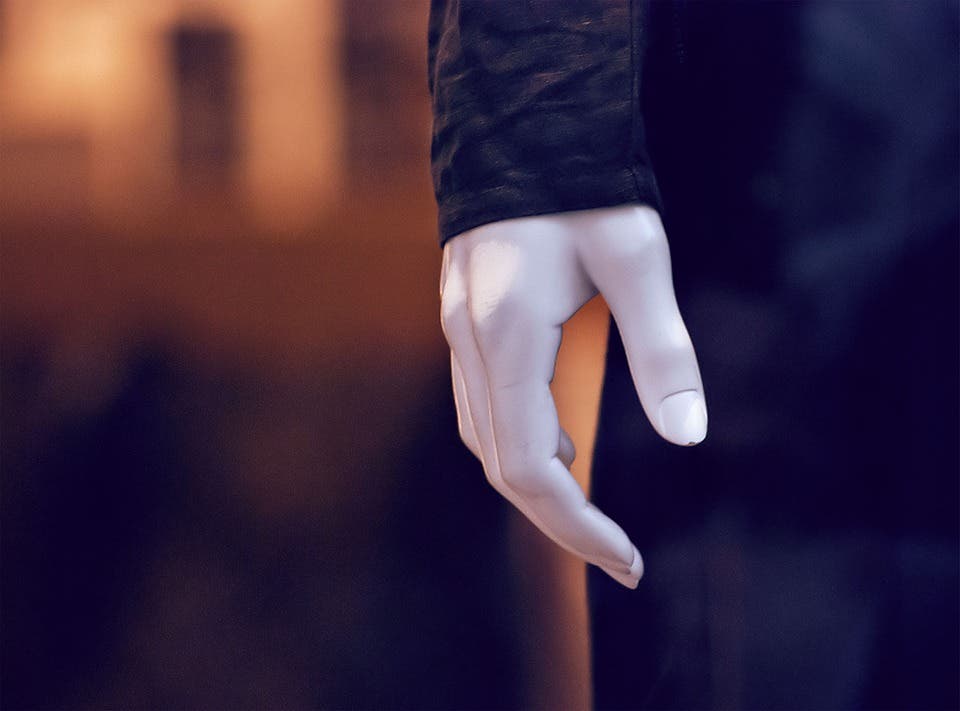 Our brains have developed to be aware not just of our body’s position in space, but also of the objects in our immediate vicinity known as the peripheral space. This ability allows us to effectively grasp or interact with the objects that surround us and serves to protect us from harm.

Imagine you’ve just finished lunch with a friend in a restaurant. As you’re getting up to leave, a waitress passes through your peripheral vision. You’ll instinctively move in such a way as not to collide with her; your sense of peripheral space has saved you from getting doused in scalding hot coffee.

The first evidence of this phenomenon appeared in the late 1990s. Researchers at Princeton University studied the brains of monkeys and found that neurons in the parietal and frontal lobes generate electric signals not only when an object touched their body, but also when it came close enough to any part of their bodies. When stimulating these neurons, the monkeys adopted defensive movements — reflexively moving their arms into a protective posture.

These experiments were never repeated on humans, but patients suffering from strokes in the right posterior parietal lobe report that they can’t sense peripheral stimuli on the left side of their bodies but “sense” things further away on that side.

“This suggests that there is a representation similar to those found in monkeys in the human brain,” says Arvid Guterstam of the Karolinska Institute in Stockholm, Sweden.

To test this theory, Guterstam and his colleagues employed the rubber hand illusion to trick humans into actually feeling our peripersonal space. This experiment involves hiding a volunteer’s hand from sight then stroking it with a paintbrush. The experimenter simultaneously strokes an adjacent, visible rubber hand during this time, at the same speed and in the same spot on the rubber and real hand. After a few minutes, the participants start feeling the touch on the rubber hand, as if it were their own. This only works as long as the two hands are close enough together.

For the new study, the team recruited 101 adults but instead of brushing the rubber hand directly, they moved the brush above it as they touched the real hand. The volunteers thus felt the stroke on their body but saw the brush move in mid-air, about 10 centimeters above the rubber hand.

“We can elicit this bizarre sensation of there actually being something in mid-air between the brush and the rubber hand,” says Guterstam.

Here too, distance seems to be a factor. When the brush was held more than 30 or 40 centimeters above the rubber hand, the illusion disappeared. Placing an opaque metal barrier between the rubber hand and the brush also had this effect. Guterstam speculates that this happens because the barrier makes it impossible for the hand to reach up and grasp anything, or for anything to hit the hand; in essence, it limits the perceived peripersonal space of the limb.

“This is a wonderful study,” says Michael Graziano, who conducted the 1990s experiments. “For decades, the neuroscience of the parietal and frontal lobes has filled in our knowledge of the special margin of safety, or buffer zone, around the body. Now we have a clever way to get at the phenomenon through an illusion that is easy to implement in the lab.”

The full paper, titled “The magnetic touch illusion: A perceptual correlate of visuo-tactile integration in peripersonal space” has been published online in the journal Cognition and is available here.