Do you hate needles, but still want to get vaccinated? Researchers at Stanford University and the University of North Carolina at Chapel Hill have got your back. They developed a new, 3D-printed patch that can get you immunized without any jab.

The patch works even better than a traditional vaccine, its designers explain, as it delivers the compound directly into the skin — which is full of immune cells that respond to it. The resulting immune response is around 10 times greater than that produced by injection through a needle into muscle tissue. However, these findings, for now, should be taken with a pinch of salt; they were obtained from a study conducted with animals, not humans.

“In developing this technology, we hope to set the foundation for even more rapid global development of vaccines, at lower doses, in a pain- and anxiety-free manner,” said lead study author and 3D printing entrepreneur Joseph M. DeSimone, professor of translational medicine and chemical engineering at Stanford University and professor emeritus at UNC-Chapel Hill.

To be fair, it isn’t the patch itself that does the job, but rows upon rows of microneedles coated in vaccine on its underside. These are lined up and, individually, they’re barely long enough to reach the skin, where they dissolve, releasing the vaccine.

One of the main selling points of this technology, in the eyes of the authors, is the ease of use and transportability. For patients, it’s likely that the painlessness of this over other delivery methods will be its most attractive trait, as will the fact that they can administer the patches to themselves without any type of risk.

Application of this patch led to a significant antibody response in lab animals. According to the team, this response was 50 times greater than what would be produced by a direct injection under the skin. This increased response could lead to dose sparing — essentially, immunizing a larger crowd of people on the same quantity of vaccine — as each patch uses a smaller dose to produce the same response as delivery via syringe.

The concept of microneedles has been of interest to the scientific community for quite some time now, but they never really caught on due to difficulties in customizing them for different vaccines. Although 3D printing has given the authors a way to break through past limitations, it’s generally a challenge to adapt microneedles to different vaccine types:

“These issues, coupled with manufacturing challenges, have arguably held back the field of microneedles for vaccine delivery,” said lead study author Shaomin Tian, a researcher in the Department of Microbiology and Immunology in the UNC School of Medicine. “Our approach allows us to directly 3D print the microneedles which gives us lots of design latitude for making the best microneedles from a performance and cost point-of-view.”

Instead of relying on the traditional approach of creating a mold and then casting the microneedles, the team prints each one out individually. This was carried out at the University of North Carolina at Chapel Hill using a CLIP prototype 3D printer that DeSimone invented and is produced by CARBON, a Silicon Valley company he co-founded.

Although the quick development of a vaccine remains a key aspect of fighting against a pandemic, our experiences this last year have shown that logistical factors remain an important component limiting our ability to react. This process seems simple — go to a hospital, have someone retrieve a vaccine from a freezer, draw it into a syringe, and administer the shot — but it still poses quite some hurdles from a mass-vaccination standpoint.

For starters, such an approach simply cannot work in areas that lack cold storage, or where there aren’t enough trained professionals to perform the vaccinations. Getting a shot this way also involves going to a hospital or clinic, something not everybody is able or willing to do.

These patches, the team explains, can be delivered anywhere in the world without any special requirements for storage or transportation. They can be applied easily and safely at home without the presence of any trained individuals. This, by itself, could also help boost vaccination rates, the team adds.

“One of the biggest lessons we’ve learned during the pandemic is that innovation in science and technology can make or break a global response,” DeSimone said. “Thankfully we have biotech and health care workers pushing the envelope for us all.”

The paper “Transdermal vaccination via 3D-printed microneedles induces potent humoral and cellular immunity” has been published in the journal PNAS.

Heart ‘patches’ developed by the British Heart Foundation (BHF) have proven themselves safe in animal lab trials — and will be moving on human trials. 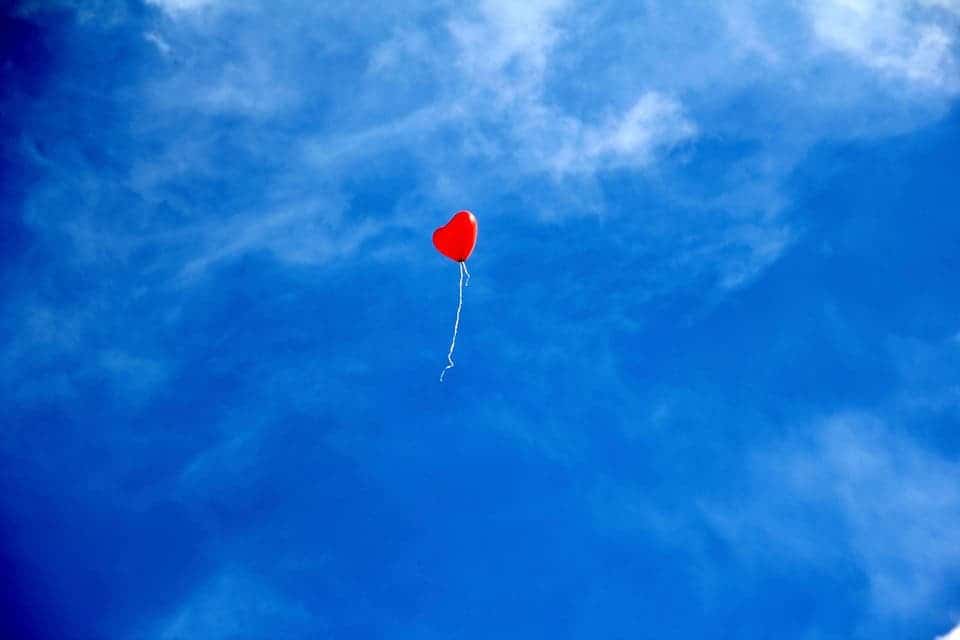 The patches could one day help people manage and recover from debilitating heart failure, a condition which affects an estimated 920,000 people in the UK alone, and is on the rise worldwide, say researchers from the BHF. The patches are thumb-sized bits of heart tissue measuring 3cm by 2cm and containing up to 50 million human stem cells. These cells have the ability to turn into fully-functional heart tissue, and are meant to be applied to the heart of someone after they’ve had a heart attack. Used in this fashion, they can limit, and even reverse, the loss of the heart’s pumping ability.

“One day, we hope to add heart patches to the treatments that doctors can routinely offer people after a heart attack,” says Dr Richard Jabbour who carried out the research at the London BHF Centre of Regenerative Medicine.

“We could prescribe one of these patches alongside medicines for someone with heart failure, which you could take from a shelf and implant straight in to a person.”

During a heart attack, our hearts’ supply of nutrients and oxygen can become compromised, killing off parts of the heart muscle. This leaves the organ weakened and could even lead to heart failure later on. This condition involves the heart not being able to pump sufficient blood to the rest of the body, making even mundane tasks such as climbing stairs or getting dressed extremely tiring.

The patches are meant to be sewn into place on the damaged heart, where they will offer physical support to the damaged muscle and help it pump more efficiently. At the same time, the patch delivers compounds that stimulate its healing and regeneration. Eventually, the team hopes, these patches will be incorporated into the heart muscle.

The patches start to beat spontaneously after three days, and start to mimic the structure of mature heart tissue within one month, the team explains. After this, they can be grafted into the damaged heart to help it repair and recover normal functionality.

Rabbit trials showed these patches to be safe and that they lead to an improvement in the functioning of the heart after a heart attack. Four weeks after the patches were applied, heart scans showed that the heart’s left ventricle (the one which pumps blood out to the body) was recovering nicely, without any abnormal heart rhythms. Other stem cell delivery methods run the risk of such abnormal rhythms developing, the team explains.

So far, the patches have proven their efficacy. The next steps include a clinical trial with human subjects, first to test how safe they are, then to see if they can achieve the same levels of healing in humans. They were developed as an alternative to the more traditional approach of injecting stem cells directly into damaged hearts, which has had mixed results. In the absence of a patch, the stem cells are quickly cleared from the heart before they can produce any significant repairs.

“One day, we hope to add heart patches to the treatments that doctors can routinely offer people after a heart attack,” says Dr Richard Jabbour, who carried out the research at the London BHF Centre of Regenerative Medicine said.

“We could prescribe one of these patches alongside medicines for someone with heart failure, which you could take from a shelf and implant straight in to a person.”

The findings were presented at the British Cardiovascular Society (BCS) Conference in Manchester on Monday, June 3rd.

The Ontario Center for Addiction and Mental Health (CAMH) mailed free nicotine patches to smokers to see if they really help you quit without any behavioral support. And for one in four of participants who kept to the treatment, it did.

Smoking makes you look cool, everyone knows that. That’s why smoking is in movies and in TV shows. Smoking is in magazines and there’s even a couple of songs about it. Smoking, also, is one of the leading causes of preventable disease (and death) in the world.

So you know, that’s a lot to weigh against just looking cool.

But the real hook in smoking is that it’s addictive. More specifically nicotine is really, really addictive. In a recent CAMH Monitor survey, 13 percent of Ontario adults have reported to smoking daily. Looking for ways to bring that number down, CAMH researchers wanted to know if nicotine patches, by themselves, really do help people quit smoking.

“It’s relevant to study if nicotine replacement therapy without counselling works, because there are many people who purchase nicotine patches over-the-counter and attempt to quit without any support,” notes Dr. John Cunningham, CAMH Senior Scientist in Social and Epidemiological Research, and co-authors in their study published in JAMA Internal Medicine.

Previous clinical studies found that the patches, used in conjunction with behavioral supports, have an enormous impact in helping smokers break the habit. However, as is the case of the vast majority of users, who buy these patches over the counter and receive no support, nicotine replacement therapy doesn’t seem to impact quit rates.

So does self-medicating with patches work? To find out, CAMH recruited 999 ten-cigarettes-a-day smokers from across Canada by random-digit dialing. Five hundred of them were put in the test group and were mailed a five week supply of nicotine patches. The other 499 participants formed the control group and received neither patches nor counseling. After six months time, researchers came back to see it participants had been tobacco-free for the last 30 days.

“Among those who received patches, almost eight per cent reported being abstinent, compared with three per cent who had no intervention,” says Dr. Cunningham.

The five percent difference doesn’t sound like a lot until you consider that not all participants used the patches they received. Only 58 percent reported to applying them, and even among them not all followed the full course of treatment.

Overall, only 46 people (19 percent) used the full supply, meaning the patches worked for about one in four participants. Not bad.

The researchers also asked participants for saliva samples to measure for continine (a tabacco by-product) content to validate the reported results. Due to evaporation during transit (they were sent by mail) only half of the samples were usable.  Despite this, the trend towards abstinence was also higher in the patch-group than those who received no treatment.

While this study does not directly reflect these mass distribution initiatives, because study participants were recruited randomly and were not necessarily seeking help, the authors note that, “the results of the trial provide general support for direct-to-smoker programs with free mailed nicotine patches.”

Although nicotine replacement therapy is much more successful that the patches alone, if you’re struggling to quit smoking they could provide the extra push you need to stay tobacco-free. Many jurisdictions offer free nicotine patches and counseling to people who call a toll-free number, including the STOP program in Ontario.