Researchers from the Aarhus University and Aarhus University Hospital, Denmark, have found evidence that Parkinson’s disease is actually two conditions with very similar symptoms but different sources. The findings could help explain why patients can show widely different evolutions of Parkinson’s, and could help improve our ability to treat the condition in the future.

Treatments tailored for each individual patient and their particular symptoms are likely the way forward, the authors note.

“With the help of advanced scanning techniques, we’ve shown that Parkinson’s disease can be divided into two variants, which start in different places in the body,” says lead author Professor Per Borghammer. “For some patients, the disease starts in the intestines and spreads from there to the brain through neural connections. For others, the disease starts in the brain and spreads to the intestines and other organs such as the heart.”

Parkinson’s involves the slow degradation of the brain due to a build-up of alpha-synuclein proteins — which negatively impact nerve cells at high levels. The end result is a decline in the brain’s ability to control our bodies’ movements, leading to stiffness, difficulty maintaining balance, with walking, and eventually to uncontrollable shaking. Symptoms almost universally start off as mild and slowly worsen over time.

In order to understand its biological roots, the team used PET and MRI imaging techniques to examine patients with Parkinson’s at various points of the disease’s progression. The team also examined people who had not yet been diagnosed with Parkinson’s but were at high risk of developing the disease (the paper explains that people diagnosed with REM sleep behaviour syndrome have an increased risk of developing Parkinson’s).

Some of the patients showed damage in their dopamine pathways before their heart or intestines were affected. Others, however, showed damage to nerve pathways in their intestines and heart first, without any sign of trouble in their brains. These findings show that our current understanding of how the condition arises and how it develops is faulty, the authors explain.

“Until now, many people have viewed the disease as relatively homogeneous and defined it based on the classical movement disorders. But at the same time, we’ve been puzzled about why there was such a big difference between patient symptoms. With this new knowledge, the different symptoms make more sense and this is also the perspective in which future research should be viewed,” says Borghammer.

The researchers refer to the two types of Parkinson’s disease as body-first and brain-first. They suggest that studying the composition of bacteria in our intestines (our ‘microflora’) could help us better understand the roots of the ‘body-first’ cases. Studying the ‘brain-first’ one would be “a bigger challenge”, they admit, as it starts off “relatively symptom-free”, making it hard to impossible to identify in its early stages.

The study “Brain-first versus body-first Parkinson’s disease: a multimodal imaging case-control study” has been published in the journal Brain.

Patients in the advanced stage of Parkinson’s disease experience severe and debilitating symptoms, such as rigidity and bradykinesia. There is currently no cure for this terrible disease, but the earlier it’s caught, the better it can be kept under control by medication before the problems with movement become irreversible. This is why the latest research out of South Korea is so exciting — it suggests that in the future a simple eye test could diagnose Parkinson’s.

The study involved 49 volunteers. On average, they were age 69, and they had been diagnosed with Parkinson’s disease 2 years prior but were still unmedicated. They were compared to 54 age-matched healthy individuals.

Researchers performed a complete eye exam on each participant, along with eye scans that emit light waves to image each layer of the retina. Additionally, 28 patients with Parkinson’s disease had dopamine transporter positron emission tomography (PET) imaging to measure the density of dopamine-producing cells in their brains.

Parkinson’s disease (PD) appears after dopamine-producing neurons die, causing symptoms such as tremor, slowness, stiffness, and balance problems. High levels of glutamate, another neurotransmitter, also appear in PD as the body tries to compensate for the lack of dopamine. The cause of Parkinson’s is largely unknown but scientists are currently investigating the role that genetics, environmental factors, and the natural process of aging have on cell death and PD.

The current study’s results suggest that PD not only kills dopamine-producing neurons but also thins the retina — specifically, the two inner layers out of the retina’s five layers.

“Our study is the first to show a link between the thinning of the retina and a known sign of the progression of the disease — the loss of brain cells that produce dopamine,” said study author Jee-Young Lee of the Seoul Metropolitan Government – Seoul National University Boramae Medical Center in South Korea.

In individuals with PD, the innermost layer of the retina had an average thickness of 35 micrometers while this measured 37 micrometers for participants without PD. The researchers say that thinner retinas correspond with loss of brain cells that produce dopamine. Perhaps most importantly, the measurements also correspond with the severity of the disease. For instance, people with the most thinning of the retina (30 micrometers) also showed the most severe PD symptoms while patients with the thickest retina layer (47 micrometers) had the least severe PD symptoms.

“Larger studies are needed to confirm our findings and to determine just why retina thinning and the loss of dopamine-producing cells are linked,” said Lee. “If confirmed, retina scans may not only allow earlier treatment of Parkinson’s disease but more precise monitoring of treatments that could slow progression of the disease as well.”

The findings appeared in the journal Neurology. 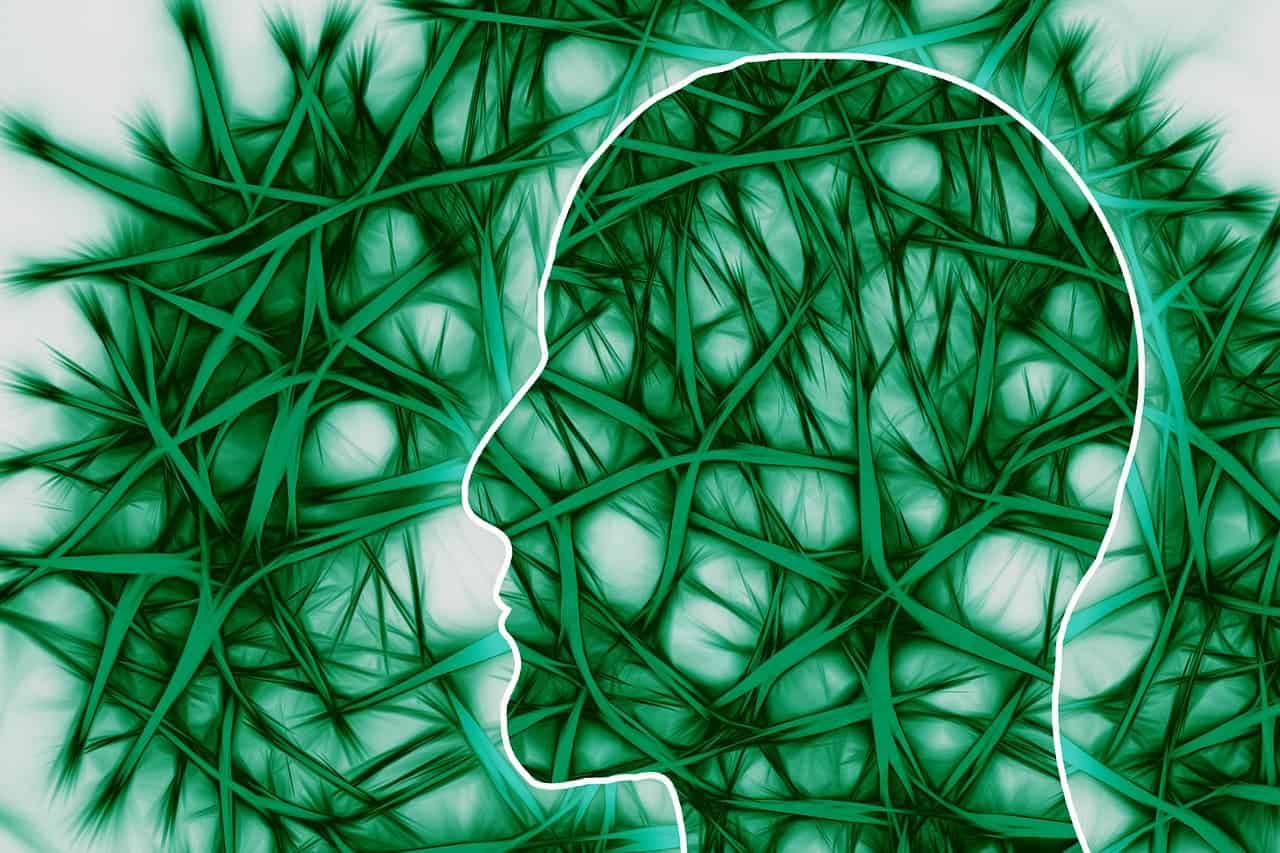 A study published in the journal BMC Biology by researchers from the United Kingdom, China, and Germany revealed the discovery of nanobodies akin to each other that inhibit the fibril formation of alpha-synuclein, the protein responsible for Parkinson’s Disease (PD).

Parkinson’s Disease, the degenerating movement disorder where nerve cells become impaired and die, disrupts most aspects of life for those stricken with it. The NIH describes this affliction as sporadic, progressive, and chronic. It is thought to result from genetic mutation and environmental factors.

The telltale sign indicating its presence is easily discernible: the presence of Lewy bodies in neurons. Difficulty walking, tremors, and rigidity are early symptoms. Later stages include severe cognitive decline. Presently, PD has no cure.

[accordion style=”info”][accordion_item title=”What are those?”]Oligomers are long chemical strands, made up monomers. Unlike plastics, which are polymers and can theoretically be any length, oligomers only contain a few monomers, i.e. they are shorter. “Cytotoxic” means these substances are toxic to life.[/accordion_item][/accordion]

They kill dopamine-producing neurons near the base of the brain, resulting in a loss of this chemical messenger molecule — among others, it handles signaling between the substantia nigra and the corpus striatum. This loss leads to neurons with abnormal firing patterns and uncoordinated movement. To illustrate the severity of this illness, most people with Parkinson’s have a noticeable absence of dopamine-producing cells in their substantia nigra. PD victims lose 60-80% of these cells. 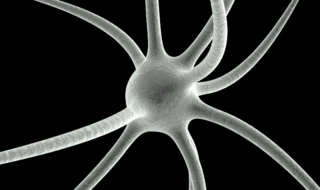 Scientists seeking a remedy for this immutable aberration tried a new pair of nanobodies on alpha-synuclein.  Derived from the antibodies of camels, they work remarkably in the laboratory. Their names: NBSyn2 and NBSyn87.

They exceed the abilities of previously studied antibodies and nanobodies. Whereas those took a while to cause sufficient changes to oligomer concentrations, these carry out a rapid conformational conversion. This is great news, as passive immunization using antibodies targeting alpha-synuclein has shown promise in several clinical trials.

After studying them, scientists outlined each of their strengths and shared esoteric knowledge on the nanobodies. To allude to them, NBSyn2 is better at reducing cytotoxicity, they explain, while NBSyn87 slows fibril formation to a greater degree. They break it down further, stating NBSyn2 attributes its ability to its lower positive charge and decreased interaction with the cell membrane. NBSyn87 achieves its feat by binding with a higher affinity, closer to the folding region of the alpha-synuclein protein, thereby slowing fibril formation with steric hindrance. 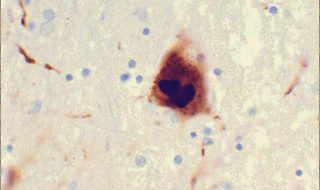 Working in tandem, these nanobodies do three things: First, they prevent alpha-synuclein from aggregating into Lewy bodies; second, they hinder it from propagating in a prion-like manner; third, they destabilize cytotoxic oligomers through conformational conversion, antagonistically altering its final make-up and stopping its maturity.

Nanobodies got their name, unsurprisingly, from being miniature in size. They’re almost 10 times smaller than normal antibodies. And, being comprised of only heavy chains, they can easily cross the blood-brain barrier and bind to a variety of “hard to reach” epitopes.

[accordion style=”info”][accordion_item title=”Epitope”]An epitope is the part of a molecule to which an antibody ties — this bonding is how they ‘cure things’.[/accordion_item][/accordion]

Only 0.3% of brain synapses use dopamine; however, it has an important role to play in movement, pleasure-seeking, avoiding bad situations, and addictive behaviors, among others. Clinically, dopamine is used to dilate the renal artery and increase cardiac output. It’s in the same family of substances as epinephrine, norepinephrine, histamine, and serotonin — a family called catecholamines.

Mostly affecting those 60 years old and older, an estimated 7 to 10 million people worldwide have PD. That’s 0.09% to 0.13% globally, with the current population standing at 7.6 billion people. In 2009, the highest prevalence of this disease was in the Northeastern United States’ Amish community.

Years of research aimed at developing a quick-acting treatment for PD, using full-length antibodies and antibody fragments, targeted against different regions and different species of alpha-synuclein, led to this study. Still afoot, this undertaking is going somewhere. Now, researchers await the animal testing phase of these nanobodies with anticipation. “This find has the potential to form the basis of a new therapeutic strategy to combat PD and related protein misfolding conditions,” state researchers.

In time, other major protein misfolding diseases that these nanobodies might develop into an antidote to treat include Alzheimer’s Disease, Huntington’s disease, Creutzfeldt-Jakob disease, Cystic Fibrosis, and Gaucher’s Disease.