A seemingly-injured owl brought into the Suffolk Owl Sanctuary last week turned out to be fine — but “rather chunky”.

The little owl (Athene noctua) was brought in by a landowner who believed she was injured. The bird was found in a ditch, grounded, and in a “soggy state”. However, upon closer examination, staff at the sanctuary discovered that it was “simply extremely obese” rendering her “unable to fly effectively”.

“This is extremely unusual for wild birds to get into this condition naturally,” the Suffolk Owl Sanctuary explains in a blog post.

The owl — which wasn’t named and is awaiting release back into the wild — weighed 245g when brought in. The sanctuary, based in Stonham Aspal, says this is a third heavier than a typical, healthy female little owl. She was placed on a diet over several weeks to shed 20-30g.

The bird didn’t have identification rings or chips, and none of the locals reported losing an owl. The staff monitored the bird for “telltale” signs of life in captivity, such as familiarity with certain types of food. The owl seemed to prefer wild food types (such as dark mice), so the team concluded that this is “an unusual case of natural obesity!”

“Where she was found is very productive land, and it’s been a mild winter and there’s a lot of food around — voles, mice. We think she’s just done incredibly well for herself and overindulged,” Head falconer Rufus Samkin told the BBC.

“We may see her again — we hope not. Hopefully, she’s learnt to keep her weight in trim so she can escape any predators or being picked up.”

Owls are fascinating animals, but by far their greatest trick is turning their heads at 270 out of the 360 degrees. If we (or any mammal) would attempt this, we would cut the blood supply to our brains and pass out. But as it turns out, the bird’s bone and vascular structures are smart enough to protect it.

“They haven’t developed just one answer to the problem; they have several answers,” said Dr Philippe Gailloud from Johns Hopkins University School of Medicine. “And it’s because of this set of solutions that we don’t see lots of owls lying on the forest floor having suffered strokes,” the interventional neuroradiologist explained.

The big problem of a hunting owl is that its eyes are in a fixed position inside its skull; therefore, in order to see as much as possible, the bird must turn its head in this extraordinary way. The fact that they have 14 bones in their neck compared to the 7 we humans have definitely helps, but the big thing is something else.

The way the animal manages the flow of oxygenated blood to its brain is definitely a remarkable faet. Dr Gailloud and science illustrator Fabian de Kok-Mercado tried to detail the anatomy of an owl bird through imaging and dissection. The thing is, for humans, the big carotid arteries are at the side of the neck, so when you turn your head, they are under a lot of stress. In the owl, they are placed at the center of the neck, almost in front of the spine. The rotation induced stress and damage is thus greatly decreased. But even this is not unique for owls: many other birds display this property.

What really makes them unique is the way they give extra space to the vessels that travel through channels within the neck bones. In humans, these bony cavities are just big enough to carry the arteries.

“By contrast, in owls, the canal is about 10 times bigger and it’s filled with an air sac,” Dr Gailloud said. “You know birds have air sacs to make them lighter, and somehow they manage to put some of this inside that bony canal and cushion the vessel.” 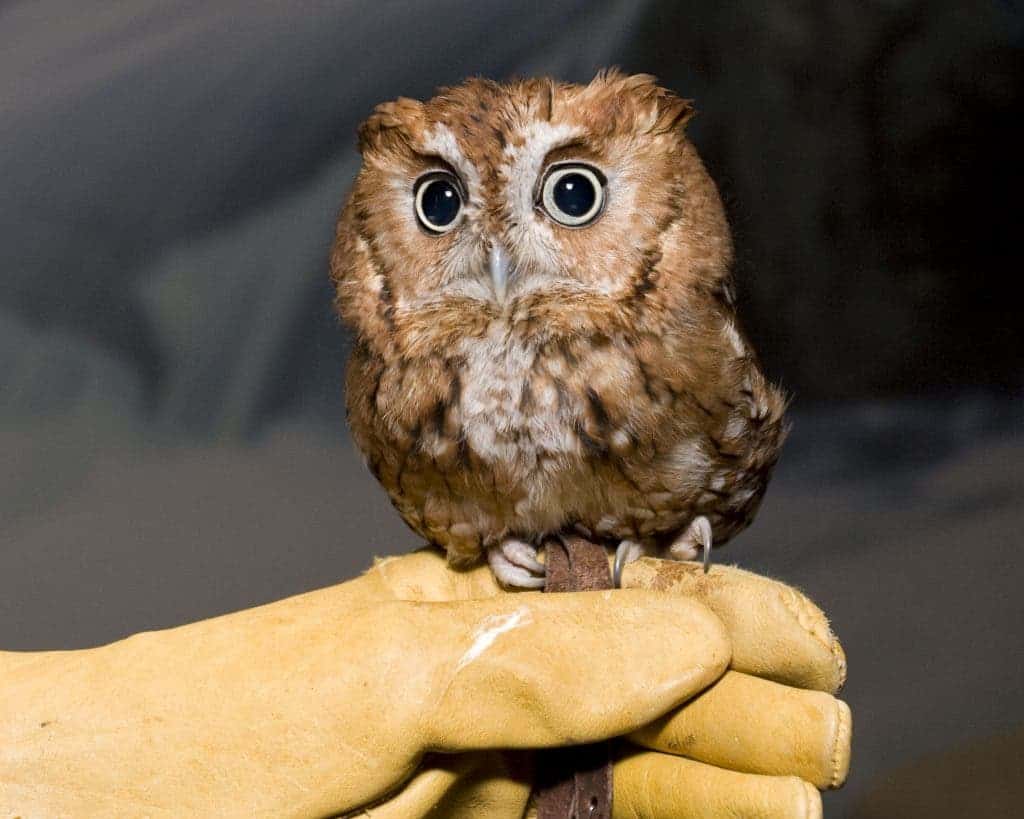 Another significant discovery was that ls have wide segments in their carotids just under the skull base. The researchers found these could dilate and fill with a reservoir of blood – something which hasn’t been observed yet, in any organisms.

“We believe this is kind of a new structure not really known before,” said Dr Gailloud. “It’s probably a way to pool blood and get some continuity of flow even if there is disruption below at the next level.”

There may not yet be any clinical relevance to this discovery, but the future could hold promise for certain issues; the scientific value is also considerable.

“There’s no real clinical relevance here, other than ‘don’t try this at home’. But I think from a broader perspective, it just illustrates the amazing amount of biodiversity on our planet, and how there are so many things we still haven’t discovered. You would have thought we knew everything there was to know about the owl. A lot of this is down to technology which allows us to break new ground,” he concluded.

Law-makers in Canada and the US are making moves to restrict rat poisons based on blood thinners as studies show that the toxins accumulate in birds of prey and other animals.

For many people, rats are the worst pets, and they will use all sorts of methods to get rid of them; one method, really common throughout North America is anticoagulant rodenticides (ARs), which work like the human blood-thinning drug warfarin. Warfarin is an anticoagulant that can be used as a poison itself, but it is less likely to accumulate in animals than its successors, which are far more dangerous.

But there was an unexpected effect.

“It seems that every time anybody goes out and gets a bunch of dead birds of prey and looks at their livers, they find surprisingly high incidence of these compounds,” says John Elliott, an ecotoxicologist at Environment Canada in Delta.

In a study conducted over 130 dead birds, researchers found that “virtually 100%” of the owls and a large proportion of the hawks had residues of at least one second-generation AR in their livers. The discoveries were announced at the 2012 meeting of the North American division of the Society of Environmental Toxicology and Chemistry in Long Beach, California.

“From a regulatory point of view [second-generation ARs] are ‘PBT’,” he says. “Persistent, bioaccumulative and toxic.”

Presumable, the birds eat rats, but this can also happen to smaller birds: insects eat the bait and birds then eat the insects. The good news is that the population was quite responsive to the news, and hopefully, they will avoid using AR as poisons.

“We know consumers can comprehend and respond to warnings about wildlife exposures,” says Fairbrother. A few years ago, she adds, a survey asked consumers whether they knew that rodenticides could affect non-target wildlife. “They had no idea,” she says. But once alerted, their response was, “Now that I know, I’m going to be a lot more careful about how I use them”.