Federal government officials aren’t mincing words on this one: North Atlantic right whales (Eubalaena glacialis) are in the fast lane to extinction unless we intervene. 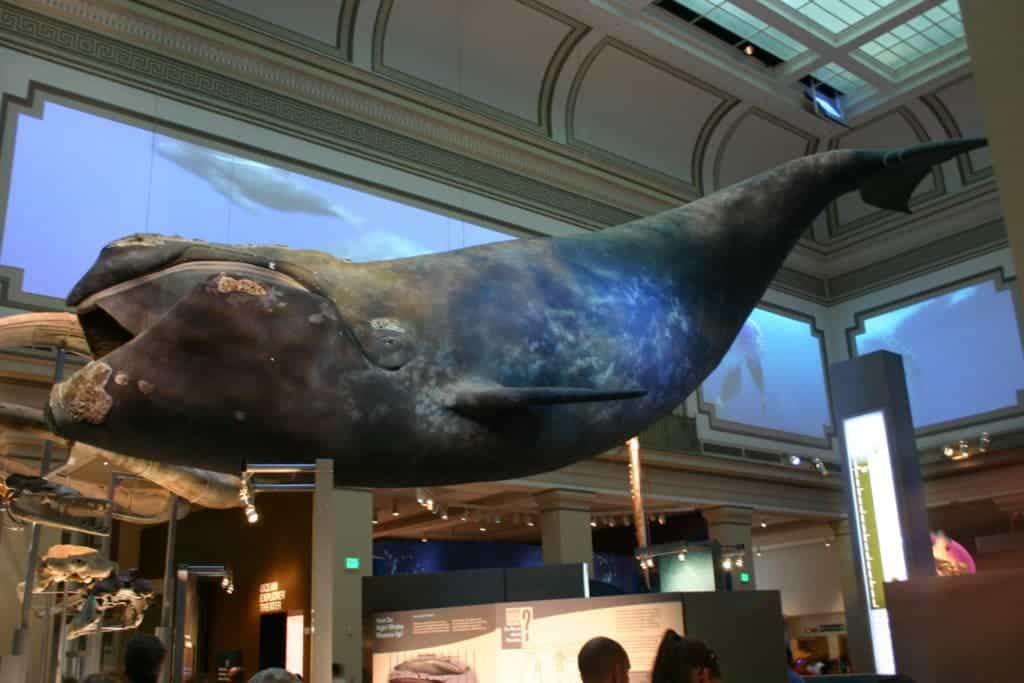 North Atlantic right whales are some of the rarest marine mammals in the world. These gentle giants can grow up to 15m (50 ft) in length and weigh up to roughly 72 tons (158,000 lbs). They’re black colored, sometimes with white patches on their bellies, and have a stocky build, no dorsal fin, and a large head spanning about one-quarter of their body length.

They’re also well underway to becoming the rarest animal anywhere, and then going extinct. The right whales have had a very rough 2017, according to NOAA scientists, who report that the 450-or-so-strong species has lost 17 members this year.

Prospects are so bleak for the whales’ survival that the researchers urge U.S. and Canadian officials to intervene. Without action, and action taken soon, this dwindling species is likely never to recover, said John Bullard, the Northeast Regional Administrator for NOAA Fisheries.

Wrong decade for the right whales

NOAA Endangered Species Act consultant Mark Murray-Brown says that right whales have been in decline since 2010, constantly losing numbers. Females, he adds, seem to be taking the brunt of it, shrinking as a percentage in the overall population. They tend to be larger than males, although it’s not known if this contributes to their predicament.

Compounding the whales’ hardships is the fact that this year of high mortality is also a very poor one for whale-romance. There are fewer than 100 breeding female North Atlantic right whales left according to NOAA’s estimates, under a quarter of the total population — which doesn’t bode well for repopulation efforts. Factor in that gestation in the right whales lasts one whole year, with an average of about three to six years between individual pregnancies, and prospects are looking even bleaker.

“You do have to use the extinction word, because that’s where the trend lines say they are,” says Bullard. “That’s something we can’t let happen.”

“The current status of the right whales is a critical situation, and using our available resources to recover right whales is of high importance and high urgency,” Murray-Brown added. 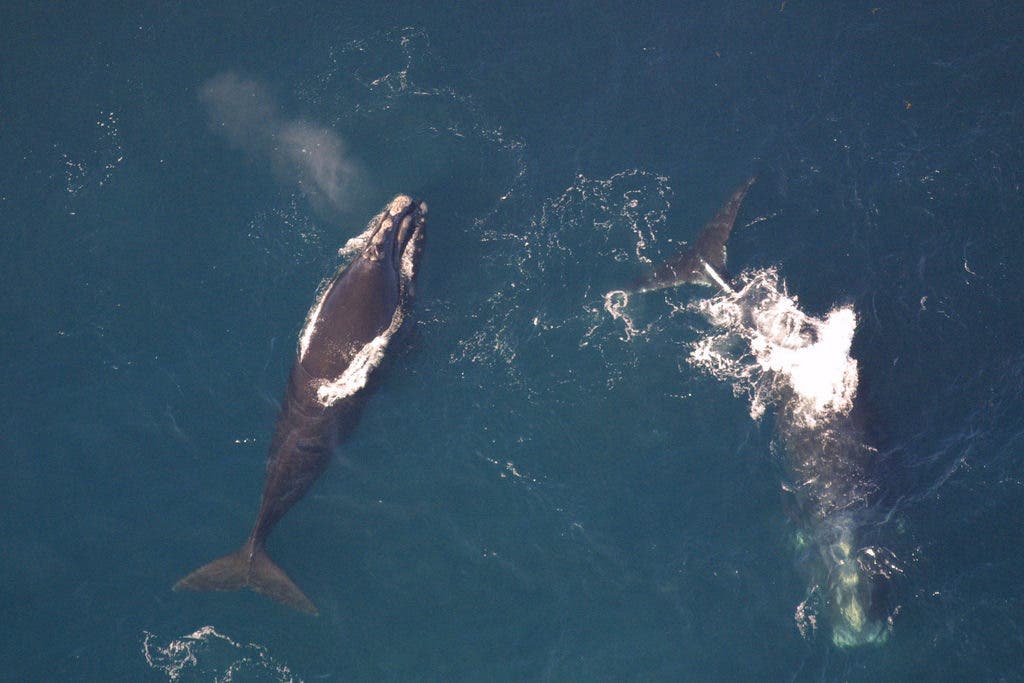 NOAA officials discussed the whales’ plight during a meeting of the regulatory New England Fishery Management Council, held last Tuesday. They warned that both the U.S. and Canada have to work together and safeguard the whales. Impacts with vessels and entanglement in fishing nets are the two most pressing concerns for the scientists, as these cause the majority of whale deaths. These are especially pressing issues as right whale nursery areas are in shallow, coastal waters.

All of this year’s deaths, the researchers added, were off the coast of New England and Canada. The whales come here over spring and summer to feed, before returning to the temperate waters off Georgia and northern Florida to give birth. Calving occurs from December through March.

Why are the whales dying?

The World Wildlife Fund (WWF) estimates that there are even fewer right whales, between 300 and 350, still alive and kicking. They blame a long history of human exploitation for leaving them “one of the most endangered of all large whales” even to this day, despite protection from whaling since the 1930s.

But if they’re not being hunted, why aren’t they recovering?

Previous research has shown that the whales tend to move around more than expected. This would put them at risk of colliding with fishing boats, if and when they move outside of protected areas in search of food. There are two areas designated as critical habitats for the species, one in the Northeast U.S., and one in the Southeast U.S.

Even if they manage to avoid a direct hit, fishermen spell more bad news for the whales. Fecal samples recovered from whales bound up in nets over longer periods revealed high concentrations of stress hormones in their system. These would have a dramatic impact on the mammals’ ability and willingness to reproduce for a long time after the traumatic event.

NOAA published a five-year assessment of the right whales in October, arguing that officials should keep the species listed as endangered. The document also includes recommendations on how best to protect the whales. Suggestions include the development of a plan to monitor population trends and habitat use over the long term, as well as more research into the impact of commercial fishing on right whales.